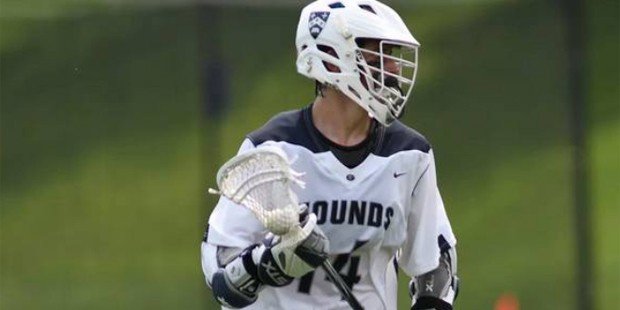 Greyhounds power past No. 14 Mount St. Joseph, 9-4; breakdown of the chase for the final playoff seed in the MIAA

It was a last chance showdown when No. 7 Gilman hosted Mount St. Joseph on Tuesday in Roland Park, as both teams entered with 2-5 records in the MIAA A Conference lacrosse standings, but still with flickering playoff hopes. For the victor those hopes would continue to flicker, but for the loser they would be extinguished.

Thanks to big efforts from Piper Bond and Doug Godine on the offensive end, as well as excellent team defense, it is Gilman’s flame that will burn for at least another day, as the Greyhounds (7-7 overall) powered their way to a 9-4 victory over the Gaels (6-9 overall).

For St. Joe, high-scoring attackman Kyle Decrispino was limited to just two goals and Griffin Corbett also scored twice, but it was nearly enough to keep pace with the Greyhounds.

Gilman improved to 3-5 in league play and must win its final two games, Friday at John Carroll and next Tuesday, at home, against No. 1 and arch-rival McDonogh to have a shot. And, even with two wins they will need some help as they trail St. Paul’s (4-4), the team which currently holds the sixth and final seed and Severn (4-5).

Severn, which beat Gilman, 12-10, last week holds a tie-break advantage over the Greyhounds, but Gilman did defeat St. Paul’s, which defeated Severn. Currently, Severn would hold the tie-break in a three-way tie, by virtue of its win over Boys’ Latin, but depending on how the top of the standings shake out, but a Gilman victory over McDonogh would top that.

Of course St. Paul’s, which suffered a 9-8 overtime loss at St. Mary’s on Tuesday, could make it a mute point if it could win out. However, the Crusaders have the toughest remain schedule as they host Calvert Hall and visit Boys’ Latin. Severn has just one regular season game left as it will host arch-rival St. Mary’s on Friday afternoon.

Boys’ Latin, which had a bye on Tuesday, and St. Mary’s are both 5-3 in league play and appear safe in the playoff chase, but should either lose both of their remaining games, they could be edged out. In addition to St. Paul’s next Tuesday, BL will host Archbishop Spalding on Friday. After Friday’s showdown with Severn, St. Mary’s will close its regular season with a home game against St. Joe, next Tuesday.