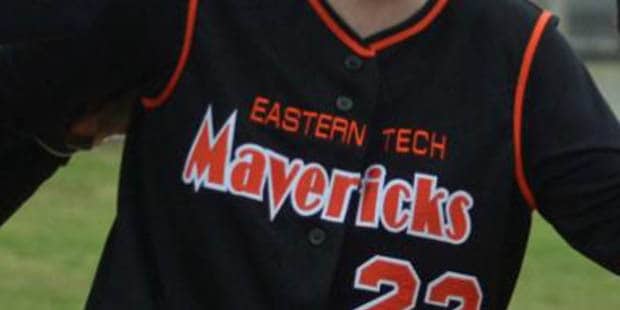 Heagy doubles and homers for the Mavericks

Eastern Tech softball won for the sixth consecutive time, on Wednesday, as the Mavericks visited Kenwood and collected 17 hits in a 20-4 Baltimore County Division I victory over the Bluebirds.

Tech had four doubles, a triple and a home run among their collection of base hits and got things started with six runs in the top of the first inning. The Mavericks scored at least three runs in every inning they batted in closing out the contest in just five frames.

Senior Nina Metz, who earned the victory with a complete game five-hitter, went 2-for-4 at the plate with a double and a couple of RBI’s; and Amaya Chiemelski went 3-for-4 with two RBI’s. Finally, Miranda Burton had a double.

Raven Brown had a nice day at the plate for Kenwood, collection two doubles and Miyhanna Henry also had a two-base hit.

Eastern Tech is now 7-1 overall and 6-1 in the league, tied for second with Sparrows Point, a half game back of first place Lansdowne. Kenwood (2-7 overall) slipped to 1-7 in the league.

Heagy doubles and homers for the Mavericks