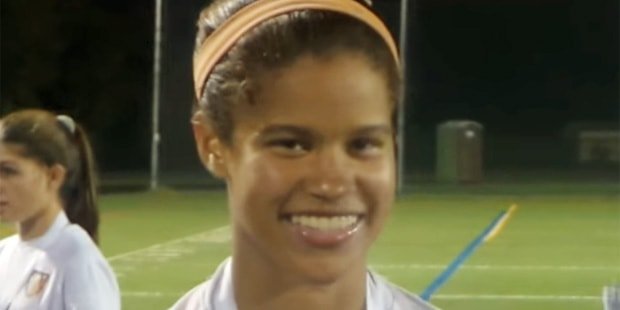 Kia Rankin was one of the main reasons why McDonogh School was able to make such a powerful mid-decade run to three consecutive Interscholastic Athletic Association of Maryland (IAAM) A Conference titles. 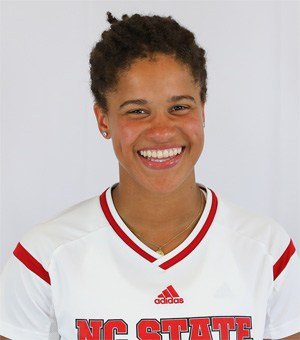 Following her graduation from McDonogh, Kia Rankin went on to a stellar four-year career with the North Carolina State women’s soccer team.

As opponents soon discovered, they ultimately paid a steep price for making such a difficult decision, considering that the 2015 Gatorade Maryland Player of the Year produced 21 goals and a whopping 19 assists as a senior.

Included in that output were two goals in a 4-0 triumph over Notre Dame Prep in the 2015 A Conference championship match.

And her scintillating senior year came after she netted 25 goals and added 18 helpers as a junior, concluding with the deciding PK in a shootout that also toppled the Blazers in the title game.

That nerve-wracking moment for her was made even more taut when the referee said “if you make this, you win, right?”

“That made me a little nervous,” Rankin said with a laugh. “But we had practiced PKs that week, so I just tried to do what we did in practice, and, luckily, it went in.”

Those two seasons alone — and her pivotal role in them — are reason enough to make Rankin a clear-cut choice as VSN’s No. 2 Girls Soccer Striker of the Decade.

Always ready to credit her teammates, she said that McDonogh goalie Lindsey Clark “played the game of her life” in the victory, making a crucial save in the shootout that preceded Rankin’s game-winning shot into the right corner.

McDonogh coach Harry Canellakis said that he could always count on Rankin.

“What set Kia apart was her unbelievable tenacity in the face of adversity and her willingness to do exactly what was needed for the team, depending on the situation at hand,” he said. “It was in the toughest games where Kia has played her best soccer and that is not a coincidence. It’s that quality that is — at the heart of it — not coachable.”

Her penchant for notching game-winners didn’t end with those notable performances.

At North Carolina State, the then-freshman striker delivered what might be one of the most important goals in program history when she slotted a shot into the net in the 67th minute to give the Wolfpack a 1-0 win over rival North Carolina and former McDonogh teammate Bridgette Andrzejewski.

Her goal marks only the second time that NC State topped the Tar Heels in 51 tries and the only triumph the Wolfpack have earned at UNC’s famed Fetzer Field in 25 matches.

“We had nothing to lose and we were out to shock the world,” she said. “We knew then we were capable of beating anyone.”

She said that Andrzejewski complimented her after the game by saying, “if anyone had to score against us, I’m glad it was you.”

Although Rankin and the Wolfpack would never be able to repeat that success, she would go on to produce eight game-winners during a four-year career that ended with her playing only defense as a senior.

Currently, she is studying to earn a Master’s Degree in Business Administration at Oakland University in Michigan, where she will be a graduate assistant for the women’s soccer team, although the team will not play this fall due to the COVID-19 pandemic.

Looking back on her high school and collegiate soccer careers, Rankin praised her teammates for her success.

“I got lucky because my teammates were always there to help me,” she said. “I would have never scored any goals without them.”