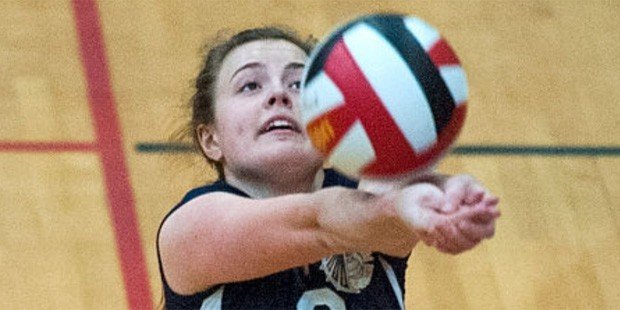 As an analytical thinker, Severna Park’s Morgan Kline found the role of a volleyball setter fit her perfectly.

“Being a setter, I like to think all the time about what the best thing to do is in a certain situation in terms of [the opponent’s] blocking schemes and stuff like that,” Kline said. “I really like the thinking part of volleyball as well as the chemistry with all the players on the court, because there are only six of us working together. I love a good team sport and I like how we all work together for a common goal.” 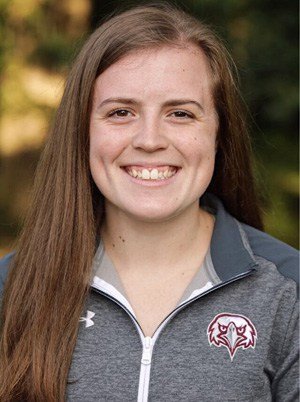 While power hitters get most of the glory, setters run the show. Kline, Varsity Sports Network’s Setter of the Decade, kept the Falcons offense humming for three years.

She dished out more than 600 assists both her junior and senior years and lead the Falcons to the Class 4A state championship in 2014. The Falcons reached the final four three times and were 54-4 with Kline as the starting setter.

“She almost goes unnoticed. She’s that smooth of a player,” Severna Park coach Tim Dunbar said. “She’s not flashy at all, but she’s highly consistent in what she can do and she’s very, very accomplished in understanding her role on the team. From the time she was a freshman, we were just drooling thinking, ‘When she hits her sophomore stride, she’s going to start for us for three straight years. There’s no doubt about it.’ She just had that confidence, but she had that work ethic too.”

As a senior, Kline, 5-feet-6, dished out 620 assists and also had 223 digs and 47 aces to lead the No. 1 Falcons (18-1) to Anne Arundel County championship and to the Class 4A state semifinals. She said she was fortunate to have strong hitters throughout her Severna Park career, but she earned Player of the Year honors from Varsity Sports Network and The Baltimore Sun as a senior.

“She just did a great job of distributing the ball well across the net,” said Hoekstra, a right-side hitter. “I think in a lot of circumstances, especially in high school, it’s easy for the setter to make the easy set, but what made Morgan so good is she had the ability to go against the grain a lot, so if she’s pushed to the far outside of the court, she can do a back set and confuse the other team’s defense and we can get an easy kill.”

For Kline, her most memorable moment as a Falcon did not come in the state final four.

“It was beating South River my junior year at home in the regional final, because that was the first time in Severna Park volleyball history that the gym sold out. It was before the new school was built, so the gym was pretty small but the whole gym was packed and it was really loud and a competitive game. It was a come-from-behind win. We hadn’t lost a set the whole season, but we lost the first set to South River.”

As a youngster, Kline tried a lot of sports, including soccer, lacrosse and field hockey, but, she said, “none really clicked with me.”

Her mother, Kathy Kline, had played volleyball at DuVal High School and suggested her older daughter try it. After her first clinic at nine, she was hooked and at 11, she started playing club with the Bay Area Volleyball Academy.

She spent one year as back-row defender and then began her stellar career as a setter.

Although more of a quiet leader than a vocal leader, her analytical mind loved the position and how much the outcome of a point depended on her calculations.

“I just like how I’m always in control of the second ball,” Kline said. “I know where it’s going to go and how I can kind of see in my teammates who the hot hitter is and help them have a better game and help our team. I also like how I play multiple positions offense and defense.”

At Division III Eastern University, Kline picked up where she left off at Severna Park and was the American Volleyball Coaches Association Mid-Atlantic Region Rookie of the Year.

Her 1,425 assists that year were the second highest in Eastern program history and the most since the NCAA shortened sets to 25 points. She ranked fifth nationally with 10.89 assists per set. The Eagles reached the first round of the NCAA tournament.

A marketing major, Kline, 23, graduated in December, a semester early. Just as she started looking for a job, the COVID-19 pandemic hit.

She’s been at home with her family — including sister Campbell, an VSN and Baltimore Sun softball Player of the Year as a pitcher at Severna Park who returned to College Park for her sophomore year at Maryland — while waiting for the job market to open up again.

In addition to getting a job, Kline wants to play volleyball, which she said will continue to be part of her life.

“Some of my old teammates told me about this beach volleyball league in Baltimore. I wanted to do that, but because of COVID I didn’t think it was the smartest idea right now, but I would like to do that and I would be interested in finding an adult league to play in. I know some of my old teammates are dying to play as well,” said Kline, who also helps with clinics at her BAVA club.