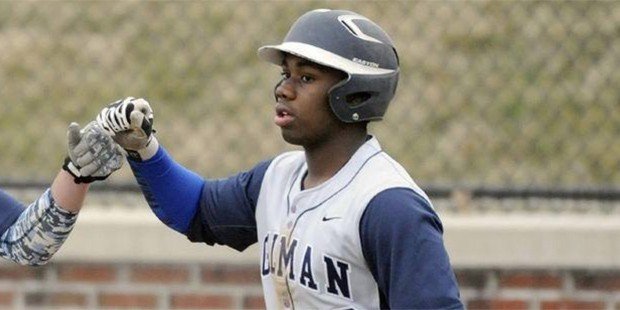 Gilman School coach Larry Sheets, the ex-Baltimore Oriole, remembers well how Max Costes used to launch rockets up onto Northern Parkway over and behind the outfield fence at the Greyhounds ball park during batting practice and sometimes in a game. 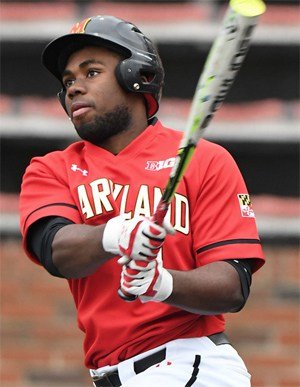 Despite a slow start this spring, Max Costes has established himself as one of the top hitters in all of college baseball at the University of Maryland.

So, the veteran coach was not surprised when his former standout infielder/relief pitcher belted 15 dingers and had 15 two-baggers with 49 RBI’s, while scoring 31 runs in the 58 games the University of Maryland played in 2019. It was Costes’ freshman season after he signed for a baseball scholarship to play in College Park with the Terrapins. Costes, VSN’s No. 6 Baseball Outfielder of the Decade, had played four seasons of varsity baseball at Gilman, the last three as a prominent starter.

His prolific rookie season in NCAA Division-I baseball earned him honors as the unanimous Big-10 Freshman of the Year. Baseball America would name Costes the Best Home Run hitter in College Baseball and the next season in 2020, Costes would record more big numbers in just 15 games in the COVID-shortened campaign.

He batted .432 with the second highest on-base percentage in the nation, at .620, with a .750 slugging clip, four home run and 16 walks in the 15 contests he played. His first two seasons would put the pressure on him as he was dealt so many impressive awards and honors.

Certainly Costes displayed the potential to become a big time college player and likely pro down the road. Coach Sheets could see Costes following in the footsteps of his older brother Marty Costes, who played at Archbishop Curley and the University of Maryland before turning pro. Marty is currently in the Houston Astros minor league system.

“Max has an abundance of power and was a little chubby guy when he first came here (Gilman), but has matured and looks the part now,” Sheets said of Costes, who has developed into a 6-foot-1 and 215 pound frame. He has become the Terps’ starting first baseman. He was a two-time Baltimore Sun All-Metro infielder playing 3B, 2B and 1B after breaking out in his sophomore season with the Hounds, batting .452.

“The tremendous power he has comes from his quick bat and launch angle,” added Sheets. “He has a big uppercut. He hit a lot of huge home runs for us. One I remember well is the second inning of the A conference playoffs (finals) in 2016 when he ripped one out of Ripken Stadium off Tyler Blohm to give us a 1-0 lead. It really fired us up and we scored four more runs in the third and ended up winning by 6-5 in nine innings. It forced another game in the double elimination tournament.”

Unfortunately for Costes and the Greyhounds they would lose the next one as Spalding posted its third consecutive MIAA A Conference Championship. The same fate stung the Hounds again in the 2018 finals against Archbishop Curley.

The loud dinger off Blohm in the 2016 tournament was a big deal because the latter stylish lefty, who is currently a teammate of Costes at Maryland, was everybody’s Player and Pitcher of the Year after finishing with the A Conference crown, a perfect 9-0 record and 0.74 ERA, scholarship to Maryland and a 17th round selection in the MLB Draft by the Baltimore Orioles.

Costes finished his high school career at the Baltimore school with 18 dingers, six in each of his last two seasons, had 74 RBI’s (season high 27 in 2016) and batted .451 (2016), .390 as a sophomore and .392 as a senior. As a closer or long relever, he rung up seven saves as a senior and five as a junior with a highlight five innings of scoreless baseball against Calvert Hall in the playoffs. His strikeouts to walks ratio was impressive at 31 to 5 his last year.

After his freshman year at Maryland, Costes took off in the summer for the Perfect Game Collegiate Baseball League of eight teams in Upstate New York. Costes took his smoking bat to Amsterdam to play for the Mohawks. Once again, he made a huge impression and earned Player of the Year honors.

Going into this season, Costes was named to the prestigious 43rd Golden Spikes Watch List, a list of the D1 premier collegiate players in the nation. Some 55 players, three from the Big-10 are on the 2021 roster with the overall Golden Spikes Award going to the top Amateur player in the nation.

“I know he has struggled a bit this year, but Max doesn’t give up,” said Coach Sheets of the fact that Costes missed five games due to an injury and as of this writing, he had not walloped a four=bagger this spring. However, in recent games, Costes has started to show signs of coming out of the doldrums.

He had four hits in an 8-4 victory over Northwestern, the Terps’ third straight win and a couple days later he drilled a bases clearing double to highlight a 7-run inning to ignite a 17-7 rout of No. 25 ranked Michigan. Costes started the season hitting .192 in his first 10 games, but has stepped it up in his last four games batting .500 with 9 RBI’s.

“Max leads by example and is one of the most genuine human beings I’ve ever coached,” Sheets added. “He loves the game and is always willing to talk.”