10 Years of Excellence: VSN’s No. 5 Baseball Infielder of the Decade 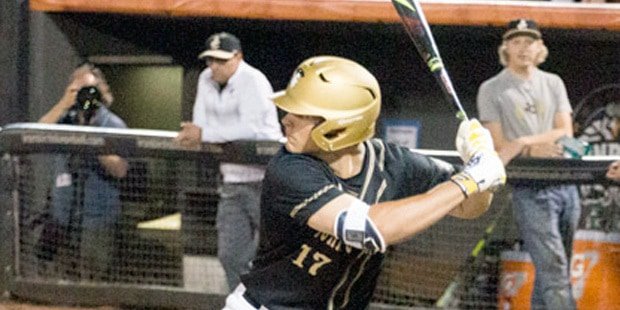 Versatility and commitment are assets that have made Ryan Archibald the baseball player and person that he is today. Moving from the West Coast with his family to Churchville and enrolling at John Carroll High School in 2016, Archibald established himself as one of the top hitters and players In Maryland in his 2018 senior year. 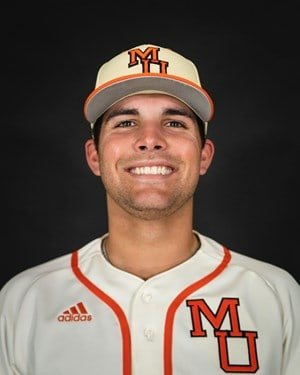 After college stops at Arizona and West Virginia, Ryan Archibald is now a red-shirt sophomore at D1 Mercer University in Georgia, still pursuing his baseball dreams.

“Ryan has meant so much to our program and still does,” said John Carroll coach Darrion Siler. “He’s a paragon of what it means to be a John Carroll baseball player – selfless, relentless pride. He grew into a remarkable young man who has had a tremendous and lasting impact on our program as a player on and off the field.”

Three years of hard work led Archibald to a bevy of individual honors and his team to unprecedented heights in 2018 and earned him recognition as VSN’s No. 5 Infielder of the Decade, mainly at the hot corner. Archibald set a believed to be school record for batting average (.506, 39-for-77) to go with a .590 on-base percentage and .935 slugging percentage, seven home runs, 10 doubles, 32 RBI’s and 31 runs scored.

Archibald, a left-hand hitter with a lot of pop, was named the VSN Offensive Player of the Year, the Maryland Gatorade Player of the Year and a Baltimore Sun All-Metro infielder/pitcher after being tabbed a Preseason All-State player by the Maryland State Association of Baseball Coaches (MSABC) and ranked the No. 4 player in the state by Perfect Game.

His career stats, as a starter the last two seasons featured 12 home runs, 22 two-baggers and 62 RBI’s with a batting average of over .400.

In addition, to his swinging the bat and a .815 fielding clip featuring sure hands and instincts plus a great arm from third base, Archibald saw time on the bump and delivered once again, hurling 28.2 innings in relief going 3-1 with two saves, a 40-to-11 strikeouts to walks ratio with a 2.69 ERA. During his three years at the Harford County Catholic school, Archibald enthusiastically played every position to help his coach and the Patriots.

“Ryan’s character and leadership was amazing,” said coach Darrion Siler, a former John Carroll graduate himself who went on to play and coach in Europe before returning to his alma mater seven years ago. “He played anywhere I needed him because of injuries and related problems. Ryan was even our starting catcher at the end of the 2017 season.

“He learned to play the right way growing up in California and was a great example to our younger players as to what it takes to be successful.”

Archibald, who spent intense time in the gym prior to his senior season going from 6-foot-2 and 190 pounds to 215 pounds of muscle mass, played a major role in John Carroll’s rise from a MIAA B Conference team to an A Conference power. The Patriots showed signs of being a solid A Conference team in 2017 and in Archibald’s senior year in 2018 it came to fruition as John Carroll posted an overall record of 20-6 and was ranked No. 5 in the final VSN Top 20 of the year.

John Carroll was ranked No. 16 in the VSN Top 20 and was slugged as “a sleeper in the A Conference” and by mid-season had soared to No. 1 for the first time in school history in any poll for baseball. The Pats were undefeated at 18-0 at the time of their monumental feat, but floundered at the end. However, with Archibald leading the way on and off the field, the respect for the program that Siler had built, progressed.

The Patriots had arrived as an MIAA A Conference contender with a kid from the West Coast showing the way.

“California baseball was very tough, but that’s not to say that Maryland baseball is not as good,” said Archibald, who brought a scholarship to the University of Arizona with him to the East. “You have to be a good player in the MIAA to succeed, but out there (Ca.) in high school baseball you see somebody throwing in the 90’s everyday which is lacking in Maryland.”

Archibald says his father, David Archibald taught him how to play the game. Dad played at California State Poly-Pomona and one year at UCLA before giving up the game to concentrate on building a business career in finance. It was necessary that his father’s Chief Financial Officer position resulted in a transfer to the East Coast with his wife Kathleen, Ryan and his brother and sister.

“My dad taught me how to hit and hit all over the field, to the opposite side,” Ryan explained. “He would take me out to hit as often as he could. I hit 24 home runs in 20 games when I was a little leaguer and really started to love the game.”

Things didn’t work out for Archibald in Arizona. He played in only five games for the Wildcats in 2019 and transferred back East to play at West Virginia in 2020. COVID-19 didn’t help and Archibald took the field only 14 times for the Mountaineers and once again transferred, this time to the D1 Mercer Bears in Macon, Georgia for the current season.

Archibald is listed as a sophomore infielder at Mercer and has started to get playing time as result of his bat, sure hands, arm and poise.

Receiving his VSN Offensive Player of the Year Award in 2018, Archibald proudly cited the way the John Carroll team grew up and bonded together after the death of one of their teammates in 2017. The team established a $40,000 scholarship with a vigorous fundraising campaign following the death of Josh Hamer in an auto accident.

“I will always remember the way the guys stepped up and came together for Josh,” Archibald said. “The team really bonded.”

Archibald, who had a 3.85 GPA at John Carroll, intends to major in business in college and possibly follow in his father’s footsteps.

“Ryan knows what it takes to be a success in baseball and as a person,” said coach Siler. “He’s a shining example. It’s been an honor to coach him. He continues to help and promote the JHM (Hamer Memorial) to this day as an alumnus. We couldn’t be prouder of him.”