10 Years of Excellence: VSN’s No. 4 Pitcher of the Decade 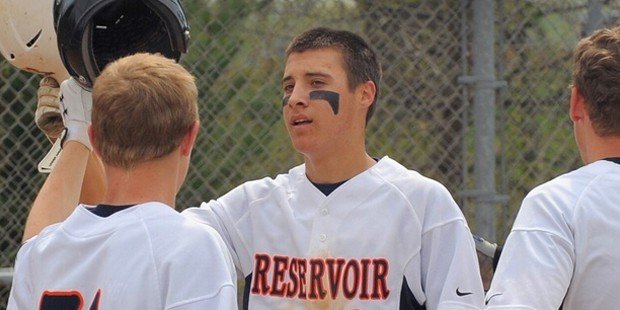 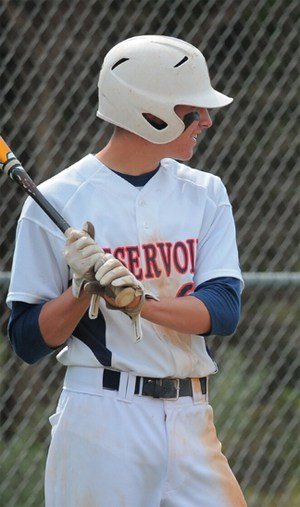 When T.J. Pipik was on the mound, Reservoir expected to win. He, however, did as just as much for his team with his bat as he did with his arm.

To our knowledge, there has never been a two-way player (pitcher and position player, who could throw and hit with authority) with the prolific stats that T.J. Pipik rung up as a senior at Reservoir High School in Fulton of Howard County. For those numbers and a career pitching record of 21-3, Pipik is the No. 4 pitcher on the VSN 10th Anniversary All-Decade Baseball team (2011-2020).

Pipik was a four-year starter for the Gators at pitcher/shortstop, the ace of the pitching staff since his sophomore season. The right-hander did it all as the ace on the bump, as a superb defensive shortstop and with his run producing bat in leading the Gators to a perfect 21-0 record before a stunning upset in the Class 3A East Region semifinals.

Reservoir opened its doors in 2002 and with Pipik leading the way in 2011 appeared to be set to cop the school’s first state championship in baseball before the shocking loss to Atholton in what was coach Kevin Kelly’s final season. Kelly, who led the Raiders to one state championship, finished with 284 career wins, the last one the upset of Reservoir.

“T.J. was every coach’s dream player – hard worker, amazing work ethic and an incredible leader,” said Reservoir coach Adam Leader. “He made every player on the team better. He excelled at every aspect of the game. He was a power hitter who also hit for average. He had great speed and knowledge of the game.

“Incredible defensively and an absolute force on the mound, T.J. threw hard but also had great off-speed pitches.”

Pipik was 10-0 his senior season yielding only three earned runs in 54 innings for a microscopic 0.38 ERA, both school records. Pipik struck out 71 batters and walked only five which is an incredible ratio. His knuckle-curve was nearly un-hittable at times and he would throw it at in any count according to Coach Leader.

Pipik had a perfect game, missed another in the 7th inning and had a six-inning no-hitter in the playoffs. Four shutouts were also in his impressive collection.

“When T. J. was on the mound, you knew you would probably win,” said coach Leader. “It was easy coaching games he pitched.”

At the plate, Pipik, who set a school record for batting average at .500 as a junior, batted .472 his last season with 8 home runs, eight doubles, two triples, 32 RBI and 29 runs scored as the Gators’ leadoff batter. He was 10-for-11 in stolen bases. He only struck out six times.

Coach Leader placed him at the top of the order despite his qualifications as a middle-lineup guy to drive in runs. Instead, Pipik would often start games with a bang, set the table for a big inning by providing sudden momentum that would ignite the Gators for openers and carry them to victory.

In a 2011 3A East regional game with Anne Arundel County power Chesapeake-AA that this reporter covered for VSN, Pipik came up in the top of the sixth inning with the bases loaded and the Gators trailing, 2-0. Pipik drilled a triple into deep centerfield to clear the bases and cap a big four-run frame giving Reservoir a 4-2 advantage. Chesapeake would tie it at four in the bottom of the sixth and the two teams would go into extra innings.

Pipik came on in relief and pitched two scoreless innings in the seventh and eighth innings and according to my scorebook, he allowed just one hit and struck out four. In the top of the 10th inning then Anne Arundel County coordinator of physical education, Greg Legrand announced that the teams would play just one more inning to settle it before they turned the lights out at Joe Cannon Stadium in Harmans.

That seemed to spark Pipik and his teammates to get it done by ringing up the winning run. Pipik was intentionally walked for the second time in the game with Lee Lawler on base via a base on balls. A balk followed putting both runners in scoring position and Geoffrey Stone delivered a sac fly to score what would be the winning run. Lawler had followed Pipik in relief and retired the Cougars in order in the bottom of the 10th for the 5-4 victory.

Pipik was an All-Metro choice by both the Baltimore Sun and Washington Post and the Howard County Player of the year per the league coaches. That summer Pipik played in the Brooks Robinson High School All-Star Game at Oriole Park at Camden Yards. Reservoir retired his No. 6 jersey which was quite an honor.

After spending one year at CCBC-Catonsville, Pipik decided to give up the game and entered the work force.

“He coached one year with us at Reservoir until he moved to Westminster, but he does help out our baseball program at times when he can,” said coach Leader.

As for that heartbreaking last game loss to Atholton in 2011, Leader recalled that, “TJ was devastated. He wasn’t able to pitch that game because he had pitched the game before. It was not the way he wanted to end his high school career.

“TJ and the other members of that team created the mold of what the expectations of the players at Reservoir would be, which continues to this day.”

Leader added that “It was the beginning of an incredible era for Reservoir.”

“If we had a big game, I wanted T.J. on the mound,” Leader said. “If we needed a hit, I wanted him at bat. No situation was too big for T.J. He really was a dream player for a coach.”