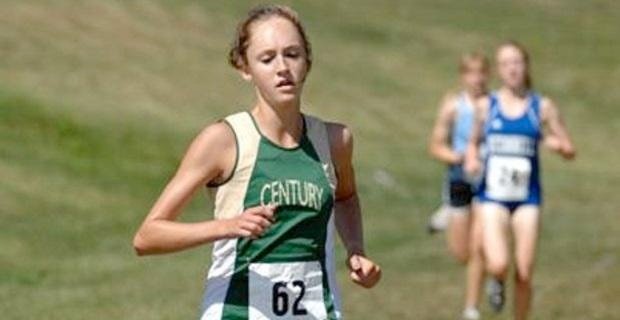 She polished off her career in 2010 with her most memorable title run as she defeated Carroll County rival Hannah Oneda, who had beaten her in the County championship. Winning in 19:10, she posted the fastest time that day on the challenging three-mile Hereford course that became faster after a 2013 redesign. 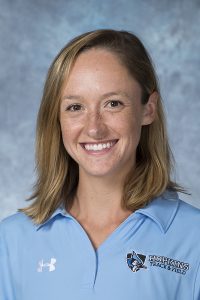 Maura Linde Knestout is currently an assistant cross country coach at Johns Hopkins University and she continues to compete as a member of the Georgetown Running Club.

Knestout went on to finish 30th at the Foot Locker Northeast Regional championships, the top finish for a Maryland runner that year. She was the Gatorade Maryland Cross Country Runner of the Year.

Even though her success came in two decades, Knestout’s strong finish to such a stellar career makes her the No. 4 pick among Varsity Sports Network’s Girls Cross Country Runners of the Decade. She is one of only eight girls with three cross country championships since the state tournament began in 1975.

She went on to run at Syracuse where she competed in the 2013 and 2014 NCAA Cross Country Championships and was named All-Region in 2014.

The four-time Baltimore Sun All-Metro selection and three-time Carroll County Times Runner of the Year didn’t start running until the summer before her freshman year.

“I only started really because my dad wanted me to,” Knestout said. “I was never super athletic as a kid. Team sports were really not my thing, but running ended up being my thing. My parents wanted me to be involved with something, so I just said, ‘OK,” and it ended up being the best decision I’ve ever made.”

At Century, Knestout discovered an atmosphere she could thrive in and a new-found love for competition that would eventually lead her to the Olympic Marathon Trials. She helped the Knights to two team cross country titles and also won a handful of indoor and outdoor track state championships from 800 to 3,200 meters.

Kristin Hadden, her Century coach, said she often trained with the Knights boys team for more of a challenge, but she was self-motivated.

“She just had an internal drive,” Hadden said. “She was always looking to improve and do better. She was very much a part of the team. As successful as she was, she cared very deeply about the team. She was quiet, not super vocal but she really led by example.”

For the past three years, Knestout has been an assistant cross country and track coach at Johns Hopkins, but she never stopped running.

Knestout is shown crossing the finish line, in February, at the U.S. Olympic marathon trials in Atlanta.

At the Olympic Marathon Trials in Atlanta in February, she finished 108th, putting her in the top 25 percent. It was just her third marathon.

While watching the 2016 Olympic Trials on television, she decided she wanted to try a marathon, so she signed up for the Marine Corps Marathon in the fall of 2016 after she had graduated from Syracuse.

She finished eighth in 3:01.36 with no real training other than a lot of miles. Soon after, she joined the Georgetown Running Club and now commutes twice a week to Washington, D.C. to train.

Coaching helped her qualify for the Olympic Trials by running 2:44.26 in the Houston Marathon. Knestout made the cut with 34 seconds to spare and ranked 420th among all qualifiers, so she was thrilled with her finish in Atlanta, a PR of 2:44.13 despite a nagging hip issue that kept her from training as hard as she wanted to.

“It was the best race experience I’ve ever had by far,” she said. “It was so cool. It ended up not being a great build up for me because I got hurt and only had six weeks of training, but I’m almost glad that happened because it really allowed me to focus more on the experience than the race itself. Both my coach and I were like how fast could I really run if I had a perfect (training) cycle with an actual 10 weeks without getting sick or hurt?”

Knestout also had some trouble before the Houston Marathon. She almost didn’t go to that race after suffering from the stomach flu the week before, but she had paid for the trip and planned it as a girls weekend with her mother and sister.

While the racing world is mostly on hold now because of COVID-19, Knestout said she would like to run the Olympic Trials again. At 27, she’s still young for a marathoner.

“I’ve done three marathons now and I still feel like I’m so new to it. Every race I’m learning,” she said. “People say when you have a great marathon, it’s the best feeling and I have not had that yet, so I’m like it’s going to come eventually.”