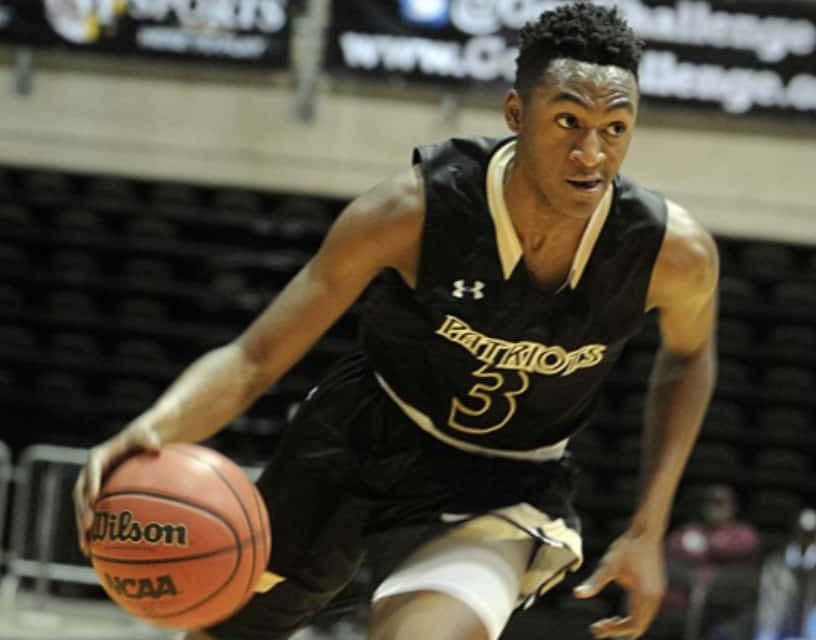 Immanuel Quickley can play the piano, drums and saxophone. But it’s the basketball court where he’s a maestro.

Quickley, VSN’s No. 4 Boys Basketball Guard of the Decade, starred at John Carroll School and has been one of the NBA’s top rookies this season. But, it almost didn’t happen.

Quickley’s mom, Nitrease, did not want him to play basketball. She wanted him to have a variety of interests, like music. He was four years old when his aunt, who was coaching a group of five and six-year olds and didn’t have enough players for a game, let Quickley suit up.

“I knew I was better than everybody,” Immanuel remembered. “And my mom wouldn’t let me play yet but when I got in I tried to shoot every time and pretty much scored every time and the older players kept giving me the ball.”

“I knew once he started basketball everything else would probably stop and he’d fall in love with it,” Nitrease said.

Nitrease, who played collegiately at Morgan State University, kept her son off the AAU travel circuit for several years, having him instead play in rec leagues around Harford County. When time for high school came, Immanuel, a Havre de Grace resident, kept his burgeoning talents close to home at John Carroll

Starting alongside eventual Baltimore Catholic League Player of the Year Kimbal McKenzie (Bucknell) and Elijah Long (Mont St. Mary’s/Texas/UNLV), Quickley showed he belonged as a freshman. The Patriots lost at the buzzer to Calvert Hall College in the BCL Tournament final at Towson University’s SECU Arena.

Quickley and John Carroll got redemption a year later. His 3-pointer with 1.4 seconds left in regulation gave the Patriots a 51-50 victory over Mount St. Joseph for the BCL Tourney crown.

“It’s something I’ll never forget,” said Quickley, who was named the tourney MVP, the first sophomore since BCL icon Mark Karcher (1995; St. Frances Academy) to claim the honor. “It’s something I’ll always be able to share with my teammates. Just being in that moment and having that feeling was special.”

Immanuel Quickley emerged in his sophomore season at the University of Kentucky. The former John Carroll star guard was the Southeastern Conference’s Player of the Year in 2020.

Quickley averaged 17.7 points, 3.9 rebounds and 2.9 assists on the season, earning VSN’s Player of the Year honors. Regarded as one of the nation’s top underclassmen, Quickley earned a spot on the U.S. National Under-17 team and played in the FIBA U-17 World Championships in Spain.

“Immanuel is wise beyond his years,” said Tony Martin, who coached Quickley for three seasons at John Carroll.

“His court presence and poise is beyond his years,” said National Recruiting Report’s Tom Strickler, who’s covered Baltimore area recruiting for more than 30 years. “He lets the game come to him, takes what he can get and when the moment is right, he makes a big play.”

After averaging 23.7 points and 7.2 assists his junior season at John Carroll, Quickley was back on the international stage with the U.S. national U-19 team at FIBA U-19 World Cup in Egypt in the summer of 2017. Kentucky coach John Calipari was the U.S. coach.

Quickley, a consensus Top 10 national point guard prospect, signed with Kentucky before his final season at John Carroll. He led the Bel Air school to the MIAA A Conference championship, averaging 20.8 points, 6.7 rebounds and 6.7 assists.

Quickley averaged 5.2 points, 1.8 rebounds and 1.2 assists his freshman season at Kentucky, one of college basketball’s traditional powerhouses. He knew he needed to improve.

Immanuel Quickley has gotten off to a promising start in his professional career. He’s averaging 12.2 points for the New York Knicks.

He’s been one of the NBA’s top rookies this season, averaging 12.2 points, 2.3 rebounds and 2.2 assists. His 94-percent free throw shooting through his first 100 attempts is the best start by a NBA player in the last 20 seasons.

Quickley likes playing the drums in his spare time. He’s getting adjusted to the rigors of professional basketball.

“It feels like just yesterday we were at training camp, but now we’re so far along but have so much more to go,” said Quickley. “I’m just taking all the tips the vets are giving, taking care of my body.’’