10 Years of Excellence: VSN’s No. 4 Baseball Infielder of the Decade 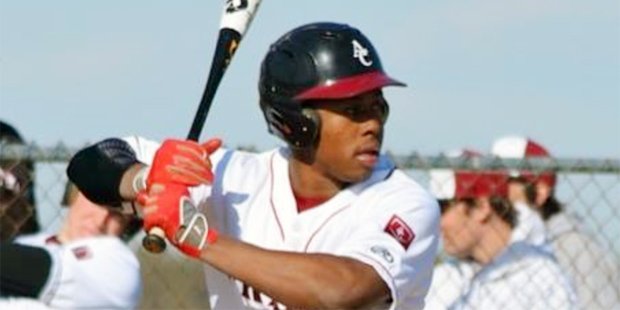 Marty Costes ranks as one of the premier athletes to come out of East Baltimore Catholic High school Archbishop Curley and the MIAA A Conference, but it is the game of baseball that he currently adheres to in hopes of reaching his dream of becoming a major league player.

Costes was a three-sport athlete – football, basketball and baseball – for the Friars and was a team captain in baseball and football before graduating in 2015 and going onto the University of Maryland after accepting a baseball scholarship in 2014 from the Terps. At College Park, Costes’ raw ability began drawing attention from MLB scouts, especially the Houston Astros. The Astros drafted Costes twice, in the 25th round in 2017 and the 22nd round in 2018 when he signed for $75, 000 to turn pro and join Quad Cities of the Class A Midwest League. 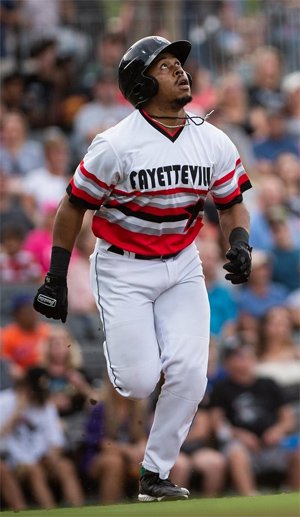 When the 2021 minor league baseball season gets underway next month, Curley grad Marty Costes will pursue his professional baseball career with the Ashville Tourists, the Houston Astros’ Advanced-A affiliate.

VSN’s 10-year Anniversary Team for the 2011-2020 Decade ranks Costes as the No. 4 Infielder, joining his little brother Maxwell Costes on the prestigious team. The latter, a former Gilman star, is currently playing for the Terps and has been named the VSN’s No. 6 Infielder of the Decade. The unique duo hails from the inner city of Baltimore where their father’s unconditional influence has contributed to their success.

With a couple of seasons in the bushes under his belt, Costes of course did not play in 2020 because of Covid 19, but was activated on Feb. 12 of this year to play with the Asheville Tourists of the Advanced A League. He is listed as an outfielder and shortstop on the new Houston affiliate that was a Colorado Rockies minor league team the last 26 years.

“Marty was a great athlete from a wonderful family with a dedicated father and he stood out on each of the three teams he played on,” said his former Curley baseball coach Brooks Norris. “He was a player you didn’t have to coach a lot because he relied on his athleticism. Hitting was his strong point and because we knew he was going to be an outfielder in college we gave him a little bit of a preview his senior year.

“He played mostly centerfield his senior season after being an infielder earlier in his high school career. It was a little bit of an adjustment for him but because he is such a good athlete he handled it well.”

Costes belted 19 home runs and knocked in 62 runs in his last two seasons at Curley, 10 of the dingers coming in his junior year when he won the Triple Crown in the MIAA A Conference with a leading .455 batting clip and 37 RBIs. He was a two-time All-MIAA A Conference player those two years and a Baltimore All-Metro pick his senior year, after making the second team as a junior.

The 5-foot-9, 200-pounder was an immediate sensation his freshman year at Maryland in 2016, choosing the Terps because of its proximity to his Baltimore roots. With his family able to watch him play in person Costes was tabbed a Louisville Slugger Freshman All-American and first team All Big-10 after batting .263, leading Big-10 freshmen in home runs (9) and slugging percentage (.479) in 54 games while driving in 37 runs and scoring 36.

Costes, who has exceptional hand speed with the bat, lifted his .263 batting clip to .322 his sophomore season leading the Terrapins in hits (77), 4-baggers (13) and RBIs (46) to go with nine doubles and a trio of triples in all 61 games the team played. His robust slash line was .322/.429/.548 and he drew 34 walks to boost his on-base clip (.429). The Astros were impressed with his numbers and his outfield play and selected him in the 25th round of the MLB first-year free agent draft.

Eligible because he was age 21 in the 2017 draft (born Dec. 18, 1995), Costes turned down a chance to sign, but despite a “down year” with the bat in 2018, his arm and defense influenced the Astro scouts to take another shot. Houston picked Costes again, this time in the 22nd round after he had gunned down a career high nine runners. Costes signed for $75,000.

Costes had batted only .235 in his last year at Maryland, but knocked in 31 runs, repeated 34 walks and hit six dingers, one of them a monster bomb late in the season at Nebraska’s Hawks Field that cleared the pavilion and prompted then Terps’ coach John Szefe, who was once an assistant with the Cornhuskers, to tell the Maryland Diamondback, “It was farther than any ball I’ve ever seen hit.”

In 2018 and 2019, Costes played with a couple teams including the Fayettville Woodpeckrs and batted .261 overall. Curley coach Norris is optimistic that Costes will have a breakout season at Asheville, a North Carolina town that has had pro baseball since 1915 and where MLB Hall of Famer (2015) Craig Biggio played in 1987, a year before making it to the big show with the Astros.