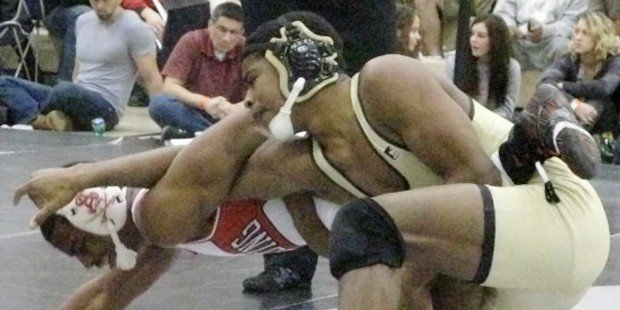 The 2010-11 wrestling occurred during Varsity Sports Network’s first year of existence and one wrestler was hard to ignore in our inaugural year of coverage.

Mathew Miller was at the forefront of John Carroll’s emergence as top flight wrestling program. In that season, Miller dominated the 171-pound weight class, posting a record of 50-4 and winning a National Prep Championship.

In earning recognition as VSN’s very first Upper-Weight Wrestler of the Year, he capped a career in which he won a pair of MIAA individual titles and two more Maryland Private Schools State Tournament championships.

According to then John Carroll coach Keith Watson, Miller was as much of handful for his coach as we was for his opponents.

“He was the most difficult, good wrestler that I coached in 27 years of high school wrestling,” said Watson. “He was an independent operator who had his own way of doing things and would argue over whether or not the sun would rise. But he was never out of a match and was a big move, big match wrestler who liked the spotlight.”

Watson said Miller would often participate in two or three workouts per day.

“Mat never blew the doors off the practice room but was always in one,” added Watson. “If it wasn’t at John Carroll, then it was Olympian, Lau Palade’s room in Oxford, Pa, or Cary Kolat’s room in Cockeysville. He often went to Palade’s practices after John Carroll finished getting a second workout, which actually may have been his third, because some days his Dad would lift with him at his work at 5 a.m. Then Mat would run the three miles home and get cleaned up for school.”

The extra work paid off. Miller graduated from John Carroll with 205 career wins, a school record which was later broken by Hunter Ritter in 2015.

Miller did not slow down at the next level.

After a year at the Naval Academy Prep School, Miller earned a starting spot, at 174, on the Naval Academy wrestling team as a freshman in 2012-13. He posted a 24-7 record that season, placed in five of the seven tournaments in which he competed and was one of six Midshipmen to qualify for the NCAA Tournament.

His sophomore campaign was also outstanding as he went 24-6 and won three tournaments, including the EIWA title at 174 pounds. He also qualified for his second consecutive NCAA Tournament.

He suffered a setback prior to his junior as he tore his ACL and missed the season. However, came back with a vengeance in his senior campaign, posting 35-9 mark and placed fifth at the NCAA Tournament. His final college record was 83-22 and earned All-America honors for his title in his senior year.

Upon graduating from the Academy, Miller was initially assigned at Naval Station Norfolk as a surface warfare officer. Now, he is stationed in San Diego where he works in supply.