10 YEARS OF EXCELLENCE: VSN’S NO. 3 SOFTBALL INFIELDER OF THE DECADE 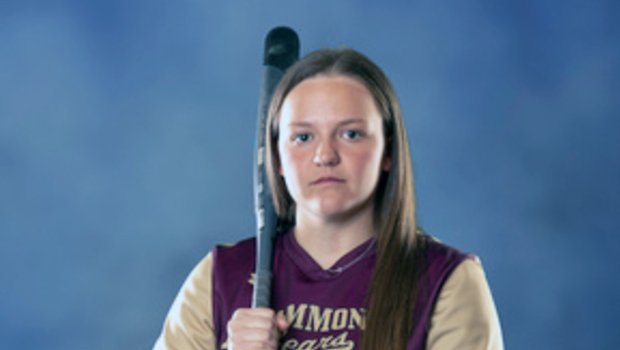 At a very young age, Taylor Liguori dreamed of having a long baseball career.

Her father, Bill Liguori, loved the sport and his father had played some professional baseball, so as the oldest child in a baseball family, Taylor too fell in love with the sport.

“My grandfather gave me a bat the day I was born and I still have it, so baseball was in my blood,” she said.

The time came, however, when she faced a difficult decision about her future on the diamond.

“I loved baseball and I didn’t want to get into softball. My neighbor’s dad was a softball coach and he kept telling me to come over and I was like, ‘No. I’ll stick with baseball.’ Then when I was 8, I was like if I really love it this much and I want to continue to play for the next like 16 years I’m going to have to move to softball, so I did,” said Liguori, who now plays for Maryland.

“I loved being able to travel all over the country, playing in different states and playing with people who have a similar passion and similar love for playing as I did, so not only did I fall in love with the sport but everything around it,” she said. 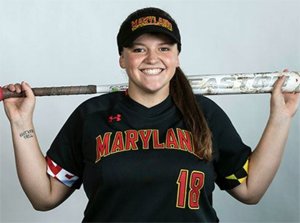 The start of Taylor Liguori’s softball career at the University of Maryland has hampered by the start of the COVID-19 pandemic, but she started 23 games for the Terps last season and finished second on the team with 11 RBI. She figures to take on a higher profile in the Spring of 2022.

At Hammond, Liguori quickly emerged as one of Howard County’s all-time best players.

VSN’s No. 3 Softball Infielder of the Decade batted .601 as a freshman and was the key player in the Golden Bears’ rise from a sub-.500 team her freshman year to co-Howard County champions her senior year — their first county title in 10 years.

“Where Taylor was truly superior to everybody I ever coached was with her heads-up play,” said veteran softball coach Russell Kovach, who took over the Bears Liguori’s senior year. “She knew the game. She studied it. She’s the best player undoubtedly at Hammond, of course, but probably the best player in Howard County over the last five-six years.”

Liguori was a four-time All-Howard County selection and, as a senior, she was The Howard County Times Player of the Year and a Baltimore Sun All-Metro first-team selection. She made only one error at shortstop, but she was better known for her offense, leading the county with a .679 batting average, 34 RBIs and eight home runs her senior year. For her career, she had 133 hits, 26 home runs, 114 RBIs and 132 runs scored, according to The Times.

“She reads the pitch really well,” Kovach said. “She’s noticing things like spin on the ball that a lot of other high school players are not. She’s very intelligent with it too. She knows if it is a 2-1 count, she’s got a really good gauge of what a pitcher’s going to throw, so she knows ahead of time what to expect and has the ability to not only read spin on the ball but see how the pitcher’s positioning herself and just was remarkable at that. Her senior year, she led the county in home runs, base hits and RBIs — just a juggernaut.”

Despite all of her well-deserved accolades, Liguori doesn’t count any of them as the highlight of her Golden Bears softball days.

“My favorite memory was probably my senior year,” Liguori said. “We ended up winning a share of the county title with Howard that year and just to see the growth. My freshman year we were 3-13, I believe, and then going from freshman year to senior year being able to win a county title was amazing. Brittany Brewer and Amanda Weirich were there all four years and we played varsity together the entire time, so to win that county title senior year was super special for me and I’m sure for both of them also.”

Liguori said the Bears were thrilled to beat Howard that year and also to come out ahead of Glenelg where she hit a grand slam.

“Those were very important games for us, because when you look back over the years, the two of them were always at the top. They always have girls who can absolutely just play. A lot of them played for travel teams that were really well known and that’s just not what we had at Hammond at the time, so that was big for us.”

Liguori improved her skills and her knowledge of the game playing for the Birmingham Thunderbolts club team based in Alabama. After playing for Wagners from the time she was 10, with her father as assistant coach, she switched after her junior year at Hammond.

She arrived in College Park just in time for the COVID interruption of 2020, but last spring, she started 23 games, mostly as the DP but also played third base. She batted .242 and was second on the team with 11 RBIs.

Liguori, 20, said she “absolutely loves” playing for the Terps, whom she hopes to help rebound from a 19-25 season the same way she helped Hammond become a contender.

A communications major, she had planned a career in sports management, but after helping coach the Thunderbolts over the summer, she changed her mind.

“That made me realize I absolutely want to go into coaching. It’s always been something that’s kind of been in the back of my mind. I was like I don’t know if I really want to do it, there’s a lot of moving sometimes depending on where the job takes you, but that became very irrelevant this summer. That really didn’t matter to me. I wanted to coach.”