10 Years of Excellence: VSN’s No. 3 Girls Lacrosse Attacker of the Decade 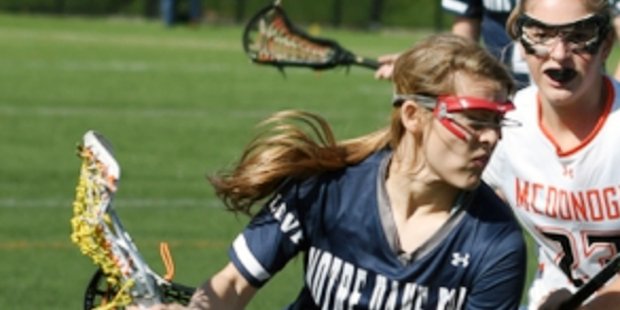 Face guards and double teams were the norm against the speedy, lightning-quick 5-foot-3 dynamo, especially during her junior and senior years. Still, VSN’s No. 3 Girls Lacrosse Attacker of the Decade finished her career with 225 goals and 105 assists.

She totaled 100 points her senior year and helped lead NDP to one of the biggest upsets in Maryland girls lacrosse history — the IAAM A Conference championship victory that ended McDonogh’s streak of 198 straight wins and the Eagles’ run of nine straight A Conference titles. 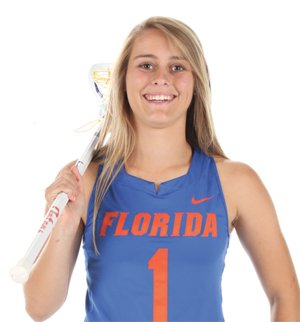 Hannah Mardiney played her first two seasons of college lacrosse at the University of Florida, but red-shirted in 2021 with a back injury in anticipation to a yet to be announced program for the coming year.

“That was pretty awesome,” said Mardiney, who counts that win as the highlight of her NDP career. “I don’t think many people have something like that in their high school experience, so I’m pretty lucky and I know my fellow NDP team members that year feel the same way about it.”

In addition to her impressive scoring stats, Mardiney left NDP with a resume full of accolades.

USA Today named her its 2018 National Player of the Year while she also swept Player of the Year honors from Varsity Sports Network and The Baltimore Sun. Inside Lacrosse ranked her the No. 6 overall recruit and the top attacker in the Class of 2018. She was also an Under Armour All-American.

“Hannah was just the most dynamic player on the field whenever she took the field,” said NDP coach Mac Ford. “She was probably one of the smallest players, but everybody’s eyes went to her when she had the ball.”

Mardiney’s feet never stopped moving and neither did her mind. An excellent dodger who was almost impossible to stop one-on-one, she could change direction on a dime and find the smallest openings in a defense.

As a senior, she learned how to better handle the pressure of face-guards and double teams and was content at times just to create opportunities for her teammates to finish. Still, both her 55 goals and her 45 assists were improvements over the previous year. She had just 15 assists as a junior.

“She was the consummate team player her senior year,” Ford said. “She grew every year from just a pure scorer to incorporating getting the whole team involved and she did an outstanding job to lead us to a championship her senior year.”

Mardiney scored three goals in the regular-season win over McDonogh, but the Eagles made it a lot harder for her in the title game.

“They face guarded me every other year and that year they had a new coaching staff and they didn’t,” she said. “I came out and I had like three goals in the first 10 minutes and then they decided to shut me off. Going into the championship, I knew they were going to do that again, so I remember thinking about other things I could do to free other people up.

“Every time I had the ball, I was getting swarmed. It was definitely the toughest game I played in high school, because I felt all eyes were on me and they weren’t even letting me go to goal, so that was obviously frustrating, but I knew that going in, so I moved the ball a lot. I was drawing defenders and dumping the ball. I was setting picks. I just did a lot to free other people.”

Mardiney set the pick on NDP’s opening goal and then scored her only goal of the game and the Blazers never trailed. She also contributed an assist to the 10-8 victory that gave the Blazers the national No. 1 ranking.

“Hannah’s passion for the game is like no other kid,” St. Paul’s coach Mary Gagnon told The Sun in 2018. “She loves lacrosse and she works so hard to get where she is. … She learned how to be effective when being face-guarded and was like, ‘OK, I’m going to draw the best defender and I’m going to figure out how to help my teammates.’ That’s a leader.”

Mardiney, who picked up the game at 4, moved on to Florida where she started six games and played in 19 as a freshman, finishing with eight goals and 10 assists. Twice, she dished out four assists.

This spring, she played five games before she suffered a back injury. She opted to redshirt, because she planned to transfer after the season. She has three years of eligibility remaining and although she said she loved Florida and her teammates, she felt she could better flourish in a program with a different approach to attack.

“I had a good freshman year and a decent sophomore year before COVID canceled the season,” said Mardiney, 21. “I had a back injury this year … I was thinking about playing through it. When I decided I was going to transfer, I decided to redshirt just so I could get that year back and put it toward somewhere else, because Florida didn’t end up being a great fit lacrosse-wise.”

In mid-July, the two-time conference academic honor roll selection was still waiting for her transfer to become official, so she didn’t want to mention where she’s headed, but she believes she’s chosen a program that puts more emphasis on attacking from behind the goal, a big part of her game.

“At Florida, they didn’t really utilize my position as much as they did midfielders and kind of like attackers who played from the top,” Mardiney said. The coach of the program where she’s trying to transfer “really values that position and I didn’t have that experience at Florida.”

Mardiney, who hopes to become a college lacrosse coach, is spending the summer giving lessons and working at camps while also taking a little time to travel and relax before continuing on the next path of her lacrosse journey.