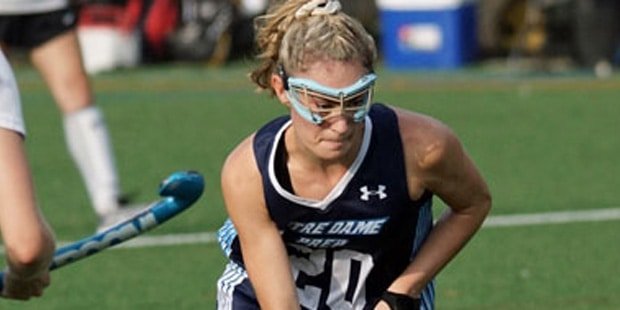 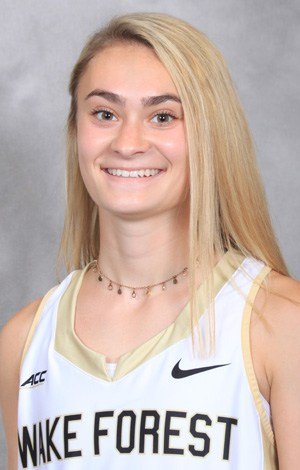 While continuing her quest to make the U.S. National Field Hockey Team, Nathalie Friedman is preparing for her sophomore season at Wake Forest University.

The high-scoring midfielder led the Blazers to the first field hockey championship in NDP history, an undefeated season and their first No. 1 ranking as a junior. They repeated as IAAM A Conference champions and the No. 1 team her senior year, finishing 38-1 over two years, including a 32-game winning streak.

NDP coach Katrina Ross said that while Friedman’s senior class included many strong players, “She was definitely the cream of the crop.

“The thing that differentiated her was that she wasn’t a one-trick pony. She had an arsenal of things that she could do to propel the game. She could pass. She could shoot. She could defend. She played from the attack all the way back to the defense.”

As a four-year starter, she scored 67 goals and had 70 assists — an eye-catching total for a usually low-scoring game.

In 21 games as a senior, Friedman scored 27 goals and had 35 assists, contributing to more than half of the Blazers’ total offense. She scored the game-winning goal in the 3-1 title victory over No. 4 Garrison Forest. She also scored the game winner in the semifinal, a 2-1 overtime win against No. 11 Archbishop Spalding.

“The most impressive thing about Nat’s game is her ability to read the game, but also her all-out effort,” Ross said. “She is the type of kid who just wanted to succeed and didn’t stop until she was the best. She was very, very internally driven which is hard to find in kids that age.”

The Blazers improved from 6-6 her freshman year to 14-5 her sophomore year to 18-0 with the championship her junior year.

“The first year that we won was the most exciting thing ever,” Friedman said. “The year before, we came really close but fell short in the championship, so being able to get that win finally and be the first in the program’s history was just a really cool moment. I was just so happy and it was such a good moment to share with some of my best friends.”

Friedman started playing field hockey as a first grader, following in the footsteps of her mother, Toni-Jean (Lisa) Friedman, who played at William & Mary.

She tried soccer and lacrosse too but quickly fell in love with field hockey, sharing the sport with her mother and her sister Pyper, now a senior at NDP.

“I always just enjoyed the teams I was on and practicing with my friends,” said Friedman, who played for the H2O Field Hockey Club. “It was so much more interesting than any of the other sports I played. I think I just really enjoyed the company and the game and that’s why I stuck with it.”

Friedman, 20, played for the U.S. Women’s National Indoor Field Hockey team from 2017 to 2019 and earned her first international cap with the Croatia Cup travel team. She made her first national team at 13 and played on the U15 and U17 teams.

The past two years, she was one of the final four players cut from the USA Field Hockey U23 team and she continues national team training.

“Because I’ve come so close to making this outdoor team, I think that it would be cool to eventually make it. That would be my goal for right now,” said Friedman, adding that she’s had the goal to make the senior national team since she started playing in USA Field Hockey’s Olympic-development style Futures Program about seven years ago.

In the meantime, she is at Wake Forest, where the ACC is scheduled to play this season. She started every game last fall as a freshman, picking up where she left off at NDP, showing her versatility and scoring three goals — two of which were game winners.