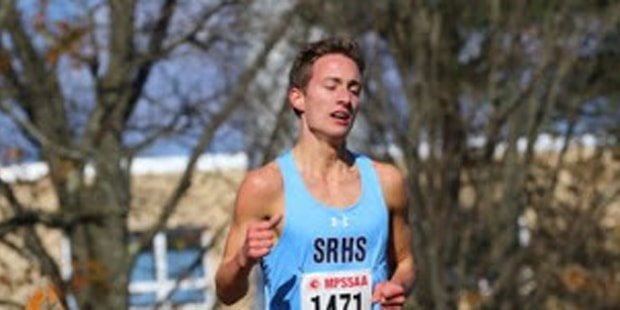 The numbers produced by the No. 3 VSN Boys Cross Country Runner of the Decade speak for themselves, including the record-breaking 15:34.98 South River High School star Sam Keeny posted at Hereford in the Class 4A championship meet last fall, snapping North Harford standout Nick Fransham’s five-year-old course mark by more than seven seconds. 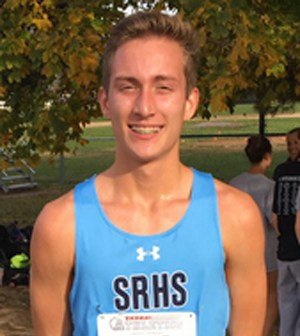 It was also more than 13 seconds faster than his second-place finish in the Elite Boys division on the same course at the Bull Run Invitational two months earlier when he lost to River Hill High School’s Anish Nanjappa, showing that Keeny made great strides during the dual meet season with the Falcons.

Moreover, he had to avenge a defeat in the Anne Arundel County championships to Tanner Piotrowski to claim the 4A crown, even though the Arundel High School standout produced the fourth-best time on the Hereford course that day and still lost to Keeny by more than seven seconds.

“A big thing was just having the experience of running on the course before,” Keeny said. “I had a whole different strategy for the race. I wanted to open my stride when I tracked downhill.”

South River coach Josh Carroll said that Keeny started to take control as the first pack of runners came up from the infamous “Dip” on the course in northern Baltimore County that also includes cornfields and a healthy expanse of hilly terrain.

“We talked about how important it would be for Sam settling in and being in the front pack, but not leading (the race),” Carroll said. “We told him when he came out of the Dip and got on flat ground for eight or nine steps to dig in, just like he was still in the Dip. That’s when he made his move, although it was a little earlier than we thought.”

Carroll added that he let Keeny’s excellent instincts take over.

“He’s just a really smart runner, and he has been since his freshman year when as our sixth runner. hHe knew we needed him to place ahead of another runner for us to win a meet,” Carroll said. “He wasn’t going to score for us in that race, but by placing ahead of the other kid, we were able to win. That’s pretty unbelievable that as a freshman during a race he would know to do that.”

At Hereford in the 4A finale, Keeny sensed that his rivals were tiring.

“He could tell that they were struggling a little and that he still felt strong,” Carroll said. “We teach our athletes to be aware of what’s going on around them during a race, so he knew that was his chance to gap them, and he did.”

“Sam is a tough, gritty kid who is never out of any race,” Alcombright said. “He’s the type of runner who, when he smells blood in the water, just goes for it. He’s a great kid and will be a great midshipman.”

Keeny had other big races in 2019 as well, most notably by posting the fastest 5K by a Maryland high school runner when he clocked a 15:07.7 last October at the ultra-competitive Great American Cross Country Festival in Cary, N.C.

“That was my best race,” the busy Navy plebe said, shoehorning an interview on a cell phone as he walked with his teammates toward a bus that would take them to a training run on the Naval Academy Golf Course. “For someone who is used to being in front and then seeing 25 guys in front of you, it’s very motivating.”

Keeny set the tone for his impressive senior campaign by finishing third in both the Class 4A state meet and Anne Arundel County championships as a junior.

Carroll said that Keeny’s only bad race during his high school career came at the Nike Cross SE Region race when severe cramps forced him to finish well off the pace.

Yet Keeny rebounded from that disappointment in time to shine in indoor track.

“I’ve never met anyone quite like Sam,” Carroll said. “Right after he won the 4A race he went right over to cheer on his teammates. He has such intelligence and compassion. He and three other students started the Wounded Warrior Project program at our school, because he wants our veterans to be taken care of. When I would get to school to fill water bottles (on the day of a meet), he would already be there waiting to help out. It’s one thing to be a great athlete, person or student, but to be all three of those things is special.”

Although the Patriot League has canceled all fall intercollegiate sports competition, Keeny said that he is anticipating that the cross country team will be able to compete on a limited basis after a ruling by league officials stated that “because the United States Military Academy and the United States Naval Academy are unique in their environments and their missions within higher education, the the academies may continue to engage in competitive opportunities as considered appropriate by their respective superintendents.”

A pared-down season makes sense in some respects because of a lack of training opportunities this summer due to the pandemic.

“We weren’t able to train much this summer because big gatherings weren’t allowed,” he said. “But I think at least we will race this season against Army.”