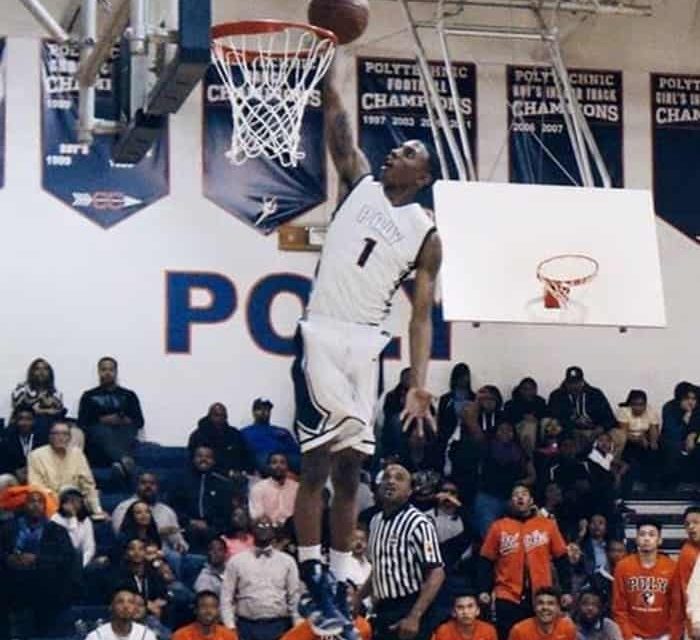 Watching his brother become a standout on the Baltimore high school basketball scene, Demetrius Mims wanted to follow in his footsteps.

Though he took a different path, Mims became a star in his own right. The Poly High graduate is VSN’s No. 3 Boys Basketball Forward of the Decade.

Mims, 6-foot-6, was a four-year starter at Poly. He helped turned the Cold Spring Lane school, once known for its powerhouse football teams under the late Augie Waibel, into a Baltimore basketball blue blood.

“We recognized his character first…he just was fearless,” said Brand, a Poly graduate and former standout and assistant coach at Morgan State. “When I saw all that, I knew what kind of a player he would be for us.”

Poly and Mims took off in his sophomore season in 2015-16. The Engineers won their first Baltimore City championship and reached No. 1 in the Sun poll.

Mims averaged 18.1 points and 7.1 rebounds in his final season. Poly won 75 games, two Baltimore City and Class 3A state championships with Mims, who was able to play inside or out with his athletic frame.

After sitting out as a transfer last season, former Poly star Demetrius Mims has been a key contributor for Towson University’s mens basketball team this season. Mims won two Baltimore City and Class 3A state titles at Poly where he’s the program’s all-time leading scorer.

“He had that long, lean live body that can snake around people or knock down a 3,” said National Recruiting Report’s Tom Strickler, who has evaluated Baltimore area players the last 30 years.

While his brother changed high schools, Mims knew Poly was the right fit.

“Since my freshman year, they preached ‘Our Family vs. Your Team,” and I brought into since day one,” said Mims. “I never thought about leaving the program, and I’ve grown through it.”

Mims signed with Long Beach State, but after his freshman season (averaged 1.3 points and 1.1 rebounds), he left. He decided to return home and play for Towson.

“I’m just trying to get to where I’m consistently playing at a high level,” said Mims. “All I want people to know is that I’m going to give 100-percent effort every time I step on the floor and I won’t ever quit.”