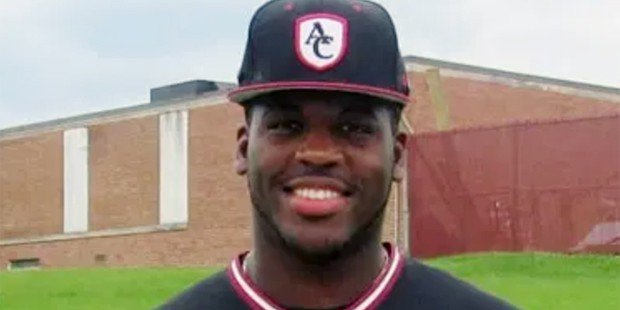 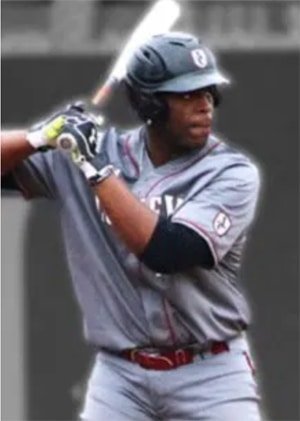 A slimmed down Paul Nixon became one of the most dangerous hitters in the Metro area in 2018, leading Archbishop Curley to the MIAA A Conference championship.

Paul Nixon was pretty much an unknown in local high school baseball until 2018 when he emerged as the top overall player in the metro area leading Archbishop Curley to the prestigious MIAA A Conference Championship and No. 1 ranking in the VSN Top 20 with a 28-4 overall record.

Nixon put together one of the greatest individual performances in the storied history of Curley baseball that began under the late Al Frank in 1963 (546-423, 41 years).

Fighting a diabetic problem, the 6-foot-3, 235-pound Nixon pitched, batted and played some first base to pace the Friars to the banner campaign that earned him honors as the VSN Player and Pitcher of the Year and the Baltimore Sun All-Metro Player of the Year. His plans were to continue his baseball career at Harford Community College but in the fall after his graduation from Curley, he tore the bicep in his throwing arm (right) and two weeks later he was struck in the head by a pitch.

He suffered a concussion and baseball stopped.

“The concussion mixed with my diabetes was not a good combination and I haven’t played since,” said Nixon, who hopes to play next year. “I will see how it goes. Nobody has really seen me at my best yet. I didn’t get a chance to put on my very best athleticism.”

Nixon did, however, show a lot his senior year at Curley after admittedly wasting his first couple years playing baseball on the varsity.

“I was overweight by about 25 to 30 pounds and was up to 250 to 270 pounds, but in the fall before my senior year, I started eating better and working out, changing my lifestyle,” Nixon explained how he got down to 235 to 240 pounds. “I always had the confidence that I could play.”

Dominant and intimidating both ways most of the time, Nixon became the Friars’ main man in his farewell season before his misfortunes at Harford along with the COVID abruptly ended things.

“Paul became one of our senior leaders among a great group of guys who have been together over three seasons,” said Brooks Norris, a Curley graduate who was the Friars’ head coach for eight seasons before stepping down after the 2019 campaign. “He is an example of what hard work can do. I’m proud of him and what he accomplished in his senior year.”

On the bump, Nixon with a fast ball that topped out at 86 mph and a decent curve ball, plus good location on his pitches, went 9-2 with a 2.41 ERA with 82 strikeouts in 61 innings pitched. He lead Maryland pitchers in victories and tying for the lead in K’s. Nixon only walked 13 batters and yielded 41 hits and 21 of the 24 runs he gave up were earned. He was 9-1 in the A Conference with three wins over Gilman, two each over Archbishop Spalding and defending champion Loyola and one each over Mount St. Joseph and John Carroll notching a season high 11 strikeouts over the latter Patriots.

With the bat, Nixon hit at a power-packed .412 clip with 10 home runs, tying teammate third baseman Tyler Locklear for the state lead, eight two-baggers and 43 RBI’s, the third most in school history behind two of coach Norris’ former teammates. Mike Costello knocked in 58 in 1999 and Dan Prevatt sent 47 home in 2001.

The right-hander opened the double-elimination A Conference tournament by two-hitting defending champion Loyola for a shortened 12-2 romp in five innings. Nixon punched out 10 Dons and did not walk a batter to post his 8th win. He helped his own cause by ripping a pair of doubles with the second one plating two Friars and in the final, taken 8-3 by Curley. Nixon scattered six hits and gave up the three runs while striking out nine over six innings. Nick Richardson pitched the seventh.

“I will never forget that season and I’ve been thinking about it a lot lately,” said Nixon, who credits his grandmother, Lavern Tisdale for his well-being. “My grandmom has taken care of me since I was about nine years old and my brother Damond (CQ) since he was about 11. We owe her a lot.”

Nixon expects to play again, although he is currently interested in cooking and possibly obtaining a food truck and eventually a restaurant.

“Being in the kitchen with my grandmom, I’ve really gotten into it,” said Nixon. “But I do miss baseball.”