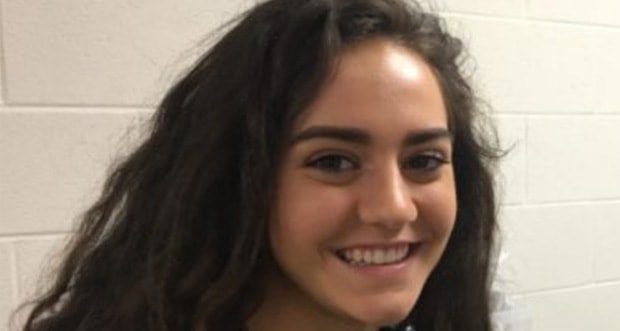 As a two-time state champion, Lisa Zoch points to a lot of memorable moments during her Atholton volleyball career. The most rewarding, however, probably came in her sophomore year. 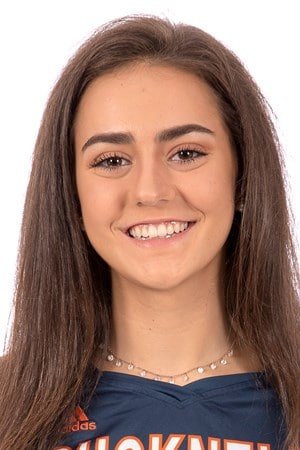 Lisa Zoch had an outstanding freshman year for the Bucknell volleyball team and is hoping the Bison can return to the court soon after seeing the fall season suspended thus far by the COVID-19 pandemic.

“That year, we were kind of pegged as underdogs,” she said. “We didn’t have the best record and then we made it to the state tournament… At that point, it was like we were playing for ourselves to see how far we could go. I don’t think people expected that we could go that far and when we made it to states, it was like, ‘Oh wow,’ and then we won. It was so exciting and a great moment for our team.”

That was Atholton’s first state title in 27 years and the first title for volleyball-rich Howard County in eight years. Zoch was a big part of that 2016 Class 3A championship with 13 kills and 20 digs in the 3-1 title victory over Damascus. The 6-foot outside hitter had three kills on the last six points of the match.

Through the next two years, Zoch would play the key role as Atholton maintained its prominence, reaching the state semifinals in 2017 and winning again in 2018.

“Lisa was a very smart player,” Atholton coach Larry Schofield said. “She didn’t always go for just ‘I’m going to crush the ball where ever it is.’ She tried place the ball. She could see the court and she would hit into a corner, roll it kind of sharp angle, so she has the vision of the court and she was smart enough to put the ball where it needed to go. She wasn’t afraid to be the go-to player.”

By her senior year, the Raiders were no longer underdogs. They were undefeated going into the state tournament and after sweeping Bel Air in the final, they finished 20-0. Zoch led the Raiders 14 kills and .323 hitting percentage.

She also had 16 kills and .333 hitting percentage in a 3-1 semifinal win over Westminster. In the two matches combined, she made just six hitting errors. She finished her senior season with 243 kills, 131 digs and 29 blocks.

“She was able to place the ball so well,” said Westminster’s Jilienne Widener. “She was super effective and that’s a great skill to have as a volleyball player, being able to get the other team out of system. I remember we did struggle against them because she was so good at finding spots that were open on the court and getting us out of system.”

Winning the championship Zoch’s senior year, she said, helped make up for falling in the state semifinals the previous year. She enjoyed how close the team was and how much support they had from fans at the state tournament.

“I think after losing junior year and working hard over club season and coming back in the fall, everything came full circle and it felt really good,” she said, “It was a great way to end my high school career.”

For Zoch, volleyball has been a passion since the fourth grade when she attended a camp with a friend. She soon joined the Maryland Juniors Volleyball Club and also played with the Columbia Volleyball Club before finishing her career with the Virginia Elite.

“I like the team aspect of it, and when I first started playing, I just liked the environment of he gym I was in and the people made it fun, so I was just like this is something I want to do again. As I kept playing, I learned new things and started to understand the skills, so it was a challenge. It just turned into something that I love doing,” said Zoch, who also dabbled in soccer and tennis among other sports.

After a “crazy” recruiting process, Zoch, who had a 4.54 GPA at Atholton, chose Bucknell. As competitive in the classroom as she is on the volleyball court, she is studying international relations and economics.

As a freshman last fall, Zoch played in every match, finishing the season fourth on the team in kills with 192 and tied for second with 26 aces.

This fall, Zoch, 19, has been on campus although the Patriot League is not competing in fall sports in 2020. She’s hoping they will play in the spring. She said it wasn’t hard to stay motivated over the summer while she diligently worked out.

“Once I got back to campus, it was kind of weird to be here in the fall with no volleyball, no season, so I kind of lost some motivation, but with my coaches and teammates, especially now that we’re allowed to start officially practicing back, we can see what’s in store for us. We have a big season hopefully ahead of us. I don’t know about a season yet, but if we’re going to have one we want to be ready when it comes.”