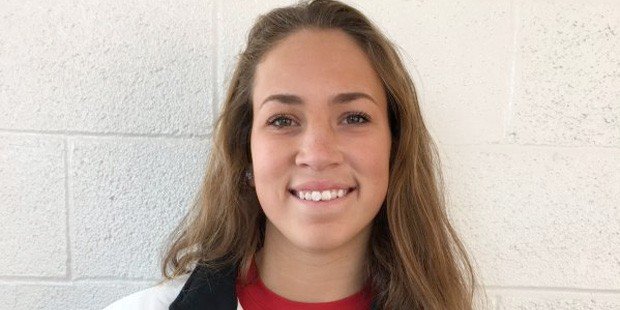 Emily Roberts showed her true mettle in her senior season at Archbishop Spalding, by being the glue and go-to player — on the pitch and on the sideline — for the Cavaliers during their 2016 run to the Interscholastic Athletic Association of Maryland (IAAM) A Conference championship. 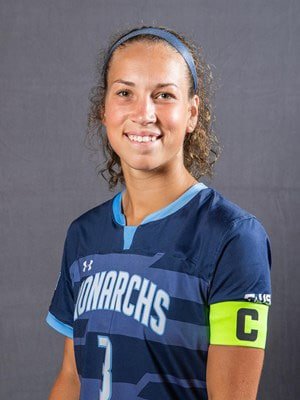 Emily Roberts, now a senior at Old Dominion University, has continued her role as a leader on the college level, earning captains honors with the Monarchs as a junior and senior. She was also a 2nd-Team All-Conference USA selection in 2019.

Despite missing the title game after sustaining a severe high-ankle sprain near the conclusion of a semifinal triumph over John Carroll, the standout center-back still made her presence felt in a big way in the finale against NDP.

Spalding coach Ashly Kennedy took advantage of Roberts’ defensive expertise by using the 2016 VSN Girls Soccer Defensive Player of the Year’s advice on how to slow down the Blazers.

Kennedy told the Washington Post after the battle that Roberts was “like a second assistant” in the win after several consultations with her during the scoreless match that was ultimately decided by penalty kicks.

“(Coach Kennedy) involved me in a lot of the decisions she made on the field that day, and it really made me feel like I was part of the game, even through I really wasn’t,” Roberts said.

Prior to the injury, VSN’s No. 2 Girls Soccer Defender Player of the Decade did her best work on the pitch by allowing the Cavaliers to switch from a four-back system to a three-back alignment, which gave them more scoring punch up front.

“Emily came in as a freshman as an anchor and organized our defense,” Kennedy said. “She was a great possessional distributor and dominated some of the best forwards in our area. She was great 1-v-1, dominant in the air and our main target on set pieces. She was the defender no one could get by. Any coach in the area you talk to would tell you how good she was. She was our rock.”

After establishing herself as a starter in her freshman and sophomore years, the then-junior embraced the three-back alignment as if she was born to play the position, even while knowing that one slip-up could have cost her team dearly.

“I knew I’d have a bigger role (playing in the middle),” she said. “You had to communicate well (with the outside backs) and have the discipline to know when to go (forward) and when to stay (back). And you know if you mess up, it’s all on you.”

Having played defense from the time she was five for the ASA Azzurri club team in Anne Arundel County, Roberts was steeped in the knowledge of the game she loves.

It was in the 2016 finale when Roberts’ smarts and savvy — rather than her ball-hawking defense — came to the fore in such a big way in the victory over Notre Dame Prep.

“Ashly asked me if we should go back to (having) four-backs,” Roberts recalled. “But I told her that we should just stick with the three (backs). Our goal was just to go at them the whole time. “

Even though she couldn’t play, Roberts didn’t pout.

“I had to get over myself and help the team any way I could,” she said. “All the (personal) accolades (I received), they’re really great, but it is really the team, coming together and winning, that’s all I really wanted.”

Roberts continues to show her leadership prowess at Old Dominion University, where she was a 2019 team captain, an All-Conference USA Second Team selection and team leader in minutes played as the starting center back before heading into her senior year with the Monarchs this fall.

Although the transition to playing at the collegiate level took some adjustments on her part, she has thrived with the Monarchs.

“I’m very grateful I chose this team and this program,” the Exercise Science major said. “It’s a big commitment, and you have to be fully invested in the goals and culture associated with program you choose. With that being said, making sure you find the right fit is essential to enjoying your time as a collegiate athlete.”

She was also re-elected team captain for the 2020 campaign that was shut down in August due to the COVID-19 pandemic.

Roberts will apply to several graduate programs to begin the journey toward becoming a physical therapist.

And if the Monarchs do eventually play soccer in the spring, she said “of course” she would be there with her teammates for a final stand.