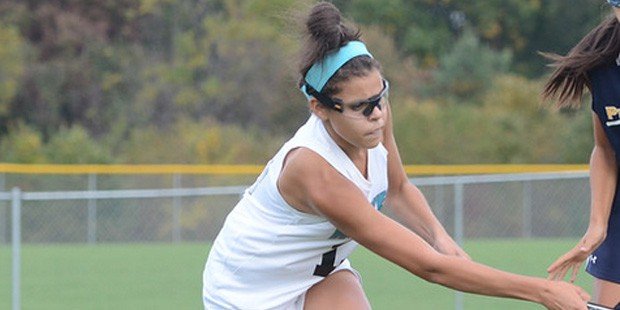 Linnea Gonzales wanted to play for the U.S. national field hockey team long before she starred at Patterson Mill.

Hooked from the moment she started playing at seven, she earned a spot on USA Field Hockey’s U17 Women’s National Team at 15. 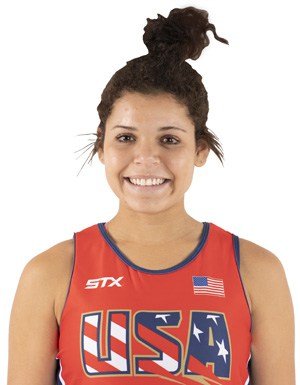 Since she was a young girl, Linnea Gonzales dreamed of being a member of the US National Field Hockey Team. VSN’s No. 2 Field Hockey Player of the Decade has achieved that goal and so much more.

“I watched Team USA from a young age… I would always go to the Maryland games, following the players from there and being so inspired and amazed by their level of play and discipline and technique. I feel like I’ve always been fascinated and looked up to those players, especially Katie O’Donnell and Dina Rizzo. It’s always been a dream.”

At Patterson Mill, Gonzales showed off all the skills and smarts that would elevate her to the top of her game. She went on to lead the Terps to two NCAA final appearances, earn National Player of the Year honors as a Maryland senior in 2018 and moved up to the senior national team in January 2019.

Varsity Sports Network’s No. 2 Field Hockey Player of the Decade scored 36 goals and had 22 assists as a center midfielder while leading the Huskies to the Class 1A state title game her junior year.

Gonzales, a three-time All-State selection, could dominate for Patterson Mill where she had far more experience than her teammates, but she always preferred to keep everyone involved.

“She could have taken the ball down the field and gone through anyone, but she played a team game,” Swinscoe said. “She did not try to do it all. That, to me, is more impressive than anything, because she was fast, she had great elimination skills — the best I’ve seen at the high school level — but she would pass the ball when she was under pressure. She made it a team game and not just all about herself. With that skill level, I don’t see that a lot.”

Of course Gonzales wanted to win and played hard at Patterson Mill, but she had a more intense experience on her club team, H2O Field Hockey, with teammates aiming to play for top level college programs and to move up through the USA Field Hockey ranks. Her H2O team won three National Indoor Championships.

Still, she wouldn’t have traded her high school teammates for anything.

“It was just a fun time,” Gonzales said. “I feel like sometimes people get overwhelmed with wanting to win and that team was more about playing together and having fun which I feel like should be whenever you’re playing.”

She hasn’t forgotten what drew her to field hockey in the first place..

“When I started out, and still now, just the feeling of the stick and ball — the noise, how it feels. I just became obsessed and in love with it. With that passion and feeling of joy and stuff, kind of the rest fell into place — like learning more about the game and wanting to progress from there,” said Gonzales, the Big Ten Freshman of the Year and a second-team All-American in 2015.

“She’s evolved so much since I first started playing with her,” said Alyssa Parker, Gonzales’ fellow national team player and former Terps teammate. “She has a very good field awareness… She does a really good job of receiving under pressure and she does a really good job of feeling where the pressure is coming from and being able to find the space and control the ball that way. She’s always been somebody with a really powerful hit. That alone was a really impressive quality of her game from the beginning.”

Last year, Gonzales played in the Pan American Games and in the Olympic qualifier, where the U.S. team just missed a berth in the 2020/21 games. She has 33 international caps.

She took time off from her studies after her final season with the Terps to train with the national team and is now completing her undergraduate degree online. As a professional athlete, sponsored by STX, she’s also training at home.

Gonzales, 23, said she is “super motivated” to help USA Field Hockey make it to the 2024 Olympics.

“Even though we are still training remotely from home and we’re in the transition of getting a new coach, I think that we’re all amped up, especially with this (COVID-19) situation, just ready to get back on the field and play together. You don’t realize how much you take that for granted sometimes.”