10 Years of Excellence: VSN’s No. 2 Boys Swimmer of the Decade 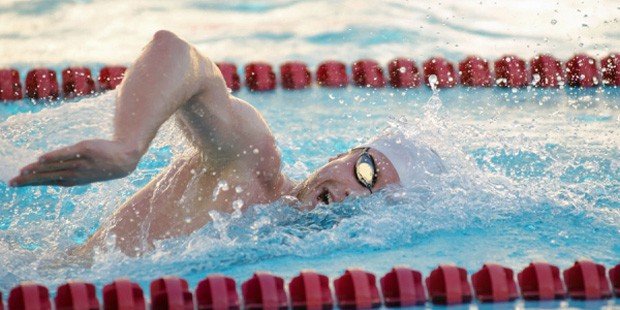 Drew Cosgarea’s biggest regret from his final Maryland Interscholastic Athletic Association A Conference championship is that McDonogh was unable to prevent Loyola Blakefield from claiming an 18th consecutive team crown.

Despite the senior star taking individual titles in the 200-yard individual medley and 500 freestyle and anchoring the winning 200 medley relay at the season-ending meet, the runner-up Eagles fell just short of the dominant Dons, 411.50-341.50. 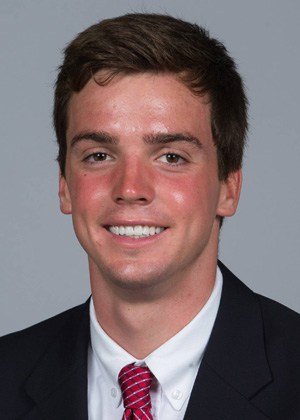 “The MIAA championship meet has a unique intensity about it — there’s a ton of energy in the room and people get really amped up.” Cosgarea said. “Every year guys would show up, surprise everyone, and crush their best times. My senior year performance was strong, but I would say just having the opportunity to participate in that meet was equally very exciting every time.”

Even coming in second to the Dons couldn’t spoil the experience.

“We were never happy to lose, especially to Loyola,” Cosgarea added. “They’re a strong program and they always showed up big for MIAAs. Even though they beat us that year, it was understood we took our best shot — there’s no disappointment in that.”

Cosgarea was hardly done with the sport, considering that he was headed to swim for Stanford University and would qualify for two more U.S. Olympic Team Trials after earning a berth at the same prestigious event as a 15-year-old in 2008 with his more famous North Baltimore Aquatic Club teammate Katie Hoff and former NBAC legend Michael Phelps.

Although he was ending a brilliant career for McDonogh, VSN’s No. 2 Boys Swimmer of the Decade’s impact on the program was considerable.

“I had the opportunity to swim with some guys who were really strong captains and leaders,” Cosgarea said. “Through it all I think I developed a more mature understanding of the weight and responsibility that come along with being a good teammate.”

McDonogh coach Scott Ward said that Cosgarea was undefeated all four years in the 500 freestyle for the Eagles.

“The thing about Drew is that he wasn’t afraid,” Ward said. “He was just a very poised racer, and he loved the competition.”

Ward said that in a dual meet against Loyola, he asked Cosgarea if he wanted to swim against his friend, Oliver Bennett, in the backstroke knowing that the future Princeton University swimmer — who won both the 100 backstroke and 100 butterfly at the MIAA meet in 2011 — would provide a particularly tough test.

“Drew and Oliver had grown up together and Oliver was an outstanding backstroker,” Ward said. “The meet was already decided in terms of Loyola had already hit the required number of points to wrap up the meet, so I asked Drew if he wanted to swim the 100 back since he was a senior and didn’t get many chances to do it. He was excited and only had about 90 seconds to grab his goggles and head over to the lane we were about to assign him.”

Cosgarea, who noted that what stood out the most for his his senior year was getting to compete alongside his brothers, Alec ’13 and Will ’14 on the team, was more than up for the challenge of testing his mettle against Bennett, according to Ward.

“That swim for Drew was a school record and an All-American time (50.42) which was good for the 52nd fastest time for high schooler that season,” Ward added. “To me, that said a lot about how Drew could handle pressure.”

It was also a clear indication of Cosgarea’s versatility and determination, traits that resonated with the Stanford coaching staff.

While majoring in mechanical engineering, he continued to shine in his freshman year outside the classroom in Palo Alto, earning 22 points for the third-place Cardinal at the 2012 NCAA championship meet in Federal Way, Washington, for his work in the distance freestyles (500 and 1,650) and 400 IM after garnering his first individual Pac-12 title in the 400 IM.

Cosgarea would go on to win another conference crown the following year in the 1,650 freestyle and finish third in the 200 freestyle as a senior.

These days, the product designer living in California still refuses to shrink from taking on — and overcoming — stiff obstacles, such as the chilly swims he often takes in the San Francisco Bay.

With water temperatures in the low 50s, Cosgarea can usually last for 30 minutes without a wet suit for protection from the cold.

“It’s not so much that your core temperature drops,” he said. “It’s that your hands begin to get numb and they become like claws.”