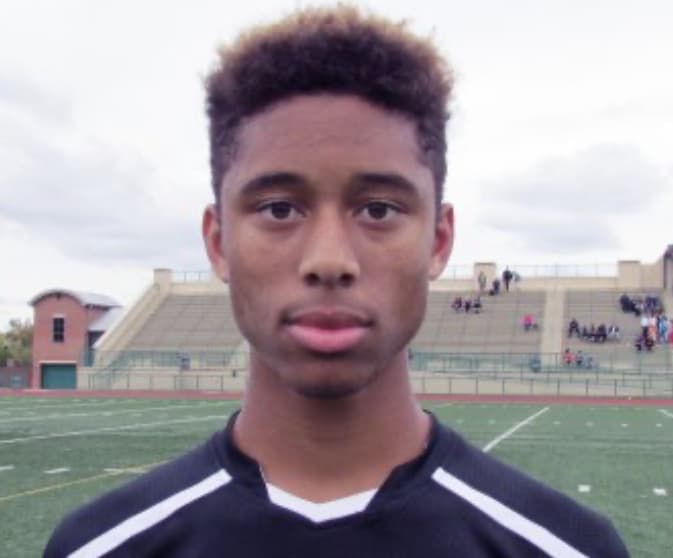 Michael DeShields is responsible for one of the biggest goals in McDonogh School boys’ soccer history. But DeShields made his bones shutting down the best scorers in the MIAA A Conference.

DeShields is VSN’s No. 2 Boys Soccer Defender of the Decade. The Wake Forest University redshirt senior is one of two players on VSN’s 10th anniversary list currently playing collegiately.

“I’ve learned a lot about myself as a player and a man,” said DeSshields, who was selected second-team All-South Region by the United Soccer Coaches last season. “Everyday is about improvement whether you’re starting or not.”

DeShields was a four-year letter winner at McDonogh, earning three All-Metro first-team honors and was named Gatorade Maryland Player of the Year in 2015. He was selected All-MIAA A in his junior and senior campaigns.

Originally a forward, McDonogh coach Brandon Quaranta said DeShields had the intangibles to be an elite defender.

“He could play defensive back at Alabama, he’s long, fast and strong,” said Quaranta, who coached him on the Baltimore Celtic under-14 club team.

“He (Quaranta) saw something in me…I’m a competitor and like going against the best,” said DeShields. “I love to play the game and be wherever I need to be to play.”

“Very versatile, could play up top, middle or back,” said Seal. “You had to account for him.”

In the waning seconds of the 2013 MIAA A final, DeShields worked his way to the middle of the penalty area for a corner kick. He skied in the frigid November night air and headed in teammate George Campbell’s service, giving the Eagles a 1-0 victory over St. Paul’s School for an undefeated season and mythical national title.

“It fell right on my head and I just closed my eyes,” said DeShields, who was a sophomore. “I opened my eyes and everybody was cheering.”

DeShields was the anchor of an Eagle defense that permitted just 10 goals and recorded 17 shutouts in 2013. The Eagles netted 14 shutouts (allowed eight goals) in 2014, but a second straight undefeated season and national title was thwarted by Loyola Blakefield in the MIAA A final.

McDonogh rebounded in 2015 with a second MIAA A title in three seasons and another undefeated season (21-0-1), capped with a 2-1 victory over Archbishop Curley in the MIAA A final. DeShields, playing with a deep thigh contusion and bruised lung, helped the Eagles shut down the upset-minded Friars over the final 75 minutes.

Michael DeShields has been the top defender the last couple of seasons for nationally-ranked Wake Forest University. He was VSN’s Defensive Player of the Year in 2015 for McDonogh, and helped the Eagles to a pair of MIAA A Conference championships.

That gutsy effort made DeShields an easy choice for VSN Defensive Player of the Year honors. The Eagles, with DeShields (13 goals and 12 assists) in the starting lineup, went 61-1-2 over three seasons.

From practices to games, DeShields, who lauded Quaranta and Nichols, said there was never a letdown.

“We’re all competitors and pushed each other everyday,” said DeShields. “It’s easy to get the best players [at McDonogh] because they set up for success.”

Though DeShields “wasn’t feeling great” when he was redshirted in his freshman at Wake Forest in 2016, DeShields drew on his freshman season at McDonogh where he was a reserve and played different positions He made his way to pitch in 2017 as a redshirt freshman (20 games, 10 starts) and was named to the ACC All-Tournament team for the tourney champ Demon Deacons.

“It was tough getting use this high level and intensity. You have to continue to get better and, over time, I did and the rest is history,” said DeShields. “I’ve had a pretty good career here.”