10 YEARS OF EXCELLENCE: VSN’S NO. 2 BOYS LACROSSE MIDFIELDER OF THE DECADE 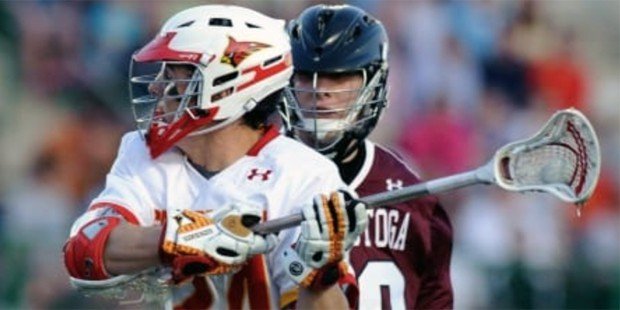 Forget being a FOGO.

During his outstanding prep career as a face-off wizard, Stephen “Bones” Kelly did not just face-off and then get off the field.

Stephen Kelly began studying the finer points of being a FOGO in the backyard with his father Frank, long before he excelled at the craft in high school, college and now professionally.

Instead, after winning draws at an impressive 75 percent clip as a junior for Calvert Hall, Kelly often ignited a lethal transition game while helping the Cardinals to their first MIAA A Conference championship since 2003.

In addition to his face-off prowess and on the defensive end of the field, Kelly produced 21 goals and 18 assists and proved those gaudy numbers were no fluke when he netted 24 goals and added 21 feeds to complement a healthy 77 percent success rate at the ‘X’ in his senior year.

Kelly was busy between his junior and senior years as the youngest member of the U.S. Under-19 National Team that topped Canada, 10-8, for the world championship. He was the only member of the team still in high school.

The following spring, VSN’s No. 2 Boys Lacrosse Midfielder of the Decade’s prep career ended when he won 23 of 26 face-offs and scored a goal in a 12-10 loss to Boys’ Latin in a playoff semifinal.

Kelly, a football running back who scored two touchdowns in the Turkey Bowl against archival Loyola Blakefield, began mastering the finer points of the face-off technique at an early age from his father, Frank Kelly, while playing for the Lutherville-Timonium Rec Council.

During his All-American career at North Carolina, Stephen Kelly won a national championship with the Tar Heels.

“Since I first picked up a lacrosse stick, my dad taught (older brother) Frankie and I about the skills it takes to be a center-middle,” Stephen Kelly said about his father’s experience at the position at Calvert Hall and Cornell. “He knew how to do it better than anyone. That was just part of our initiation into the game.”

He said that he and “a huge chunk” of his LTRC teammates migrated to Calvert Hall, where his uncle, Bryan Kelly, coached the team.

“I grew up watching the 2003 Calvert Hall (championship) team of Kevin Huntley and Kevin Buchanan,” he said. “When we got there I felt that we were coming to a program on the rise.”

He earned a spot on the varsity as a freshman, although the team failed to make the playoffs.

In his sophomore campaign, though, the Cardinals were flying while being ranked No. 3 in the nation by Inside Lacrosse when their youth was exposed by a talented Gilman squad.

The Greyhounds prevailed, 13-8, behind standouts Conor Doyle and Ryan Tucker in a game that may have been beneficial in the long run for the Cardinals.

That loss — and the team’s loss of composure — followed the Cardinals into the next season when they squandered a 10-5 halftime lead and fell, 11-10, to Conestoga (Pa.) despite Kelly garnering 20 of 22 draws.

Following that pivotal moment, what Bryan Kelly called “one of the five turning points in our program,” Calvert Hall changed its mental approach to the game and came on like gangbusters the rest of the way to claim the A Conference crown.

“(The defeats) set us up to be a championship team,” Stephen Kelly noted.

He scored a goal and had another dominant face-off performance as the Cardinals edged Boys’ Latin, 11-10, in a semifinal to earn a second straight trip to the final.

This time Calvert Hall was ready, mentally and physically, to finish the job. The Cardinals routed Loyola, 17-3, in the final as Kelly went 11-for-17 from the ‘X’ and chipped in two assists.

“To do that with family members (cousin Patrick Kelly, VSN’s No. 3 attackman of the Decade also starred for CHC) and friends was a really cool moment for us,” he said. “We really matched up well with Loyola that year.”

Then Loyola coach Jack Crawford was impressed with Kelly’s ability to affect all aspects of the game.

“He’s been a legitimate triple threat over his entire career,” Crawford told the Towson Times about Kelly’s versatility. “He’s an outstanding faceoff man, offensive threat and defensive midfielder. Very few teams have been able to minimize the damage he can do to an opponent.”

At North Carolina, however, Kelly had to come to grips with the rigors of the sport at the collegiate level.

Taking every face-off in a college game and staying in the game would have been a difficult assignment.

“I felt that I could help the team if I took face-offs, rather than running on a midfield line,” Kelly said.

He was named the Tar Heels’ Co-MVP for a junior season that culminated with him winning eight draws and scooping up four ground balls in a 14-13 victory over Maryland in the 2016 NCAA Division I title game.

His 19 face-offs — giving Kelly 274, second-most in a single season in program history — and two assists in an 18-13 win over Loyola University Maryland in a national semifinal were other highlights during the championship run.

A two-time All-America selection at UNC, Kelly has continued to play lacrosse professionally, initially in Major League Lacrosse and currently for the Archers Premier Lacrosse League.

He was named to and played in the PLL All-Star Game last month in San Jose, California.

Kelly lives in Atlanta where he is the corporate director of development for OneDigital Health and Benefits, Inc.