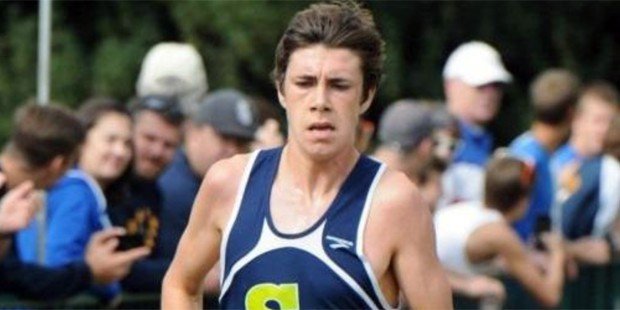 Ryan Forsyth, the No. 2 VSN Boys Cross Country Runner of the Decade, left a lasting legacy in the Baltimore Metro Area as a highly decorated athlete who went on to advance his career in the highly competitive Pac-12 Conference.

His career continued at a high level for the University of Colorado after tearing through the competition in Anne Arundel County and the state. 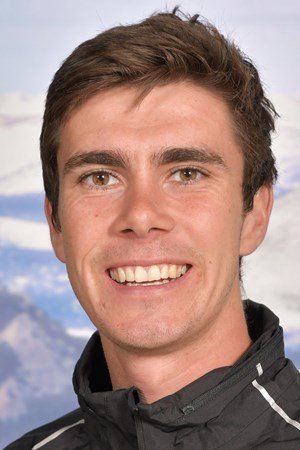 Ryan Forsyth in 2018 as a member of the University of Colorado men’s cross country team.

He was also named the Gatorade Maryland Boys Cross Country Runner of the Year after leading the No. 1 Falcons to the 2013 Class 4A state title, leading the way by running 15:41.30 to capture the championship race on the always-challenging Hereford High School course.

His coach at Severna Park, Josh Alcombright, said that Forsyth, who is running for the Irish National Team while living in his mother’s native country, was — and still is — a fierce competitor.

“Ryan was second in 2012 (in the 4A state final) as a junior,” Alcombright said. “And he came out his senior year to prove himself. He told his teammates to, ‘Come along with me.’ He had such a huge engine and he was really focused that season.”

Opposing Anne Arundel County coaches knew that dealing with Forsyth was a nightmare.

“Without question, Ryan Forsyth was the best cross country athlete in Maryland this season,” South River coach Josh Carroll told the USA Today in 2013. “Coaching against him was a huge challenge. In fact, we generally conceded his spot and focused on the rest of the competition because he was that far out in front.”

“(No. 3 VSN Cross Country Runner of the Decade) Sam (Keeny) reminds of the way Ryan could put pressure on (opposing teams),” Carroll added. “Ryan always made sure he imposed his will on you.”

Forsyth’s college career also ended on a up-note when he finished 11th in the 2018 NCAA Cross Country championships in Madison, Wis., posting a sub-30 minute jaunt in the 10K for the Buffaloes, who finished fourth as a team.

“I always wanted to pursue running but I didn’t really know what that path would look like until the end of high school,” Forsyth said in an October 2019 interview with the dmvrunning.com website. “I knew NCAA level cross country and track was very competitive but didn’t know how to pick schools, how to negotiate with recruiters, how to market myself, or how to make the transition from high school (big fish in little pond) to collegiate running (little fish in big pond). I achieved some big performances in my senior year and realized during my final semester that I could run at the D1 level.”

After leaving Boulder, Colo., he finished fourth at the European Cross Country Championships for Ireland in the U23 bracket.

The time he spent in Colorado prepared him well for what would come next.

“From a running standpoint, the intensity, volume, and expectations at CU were so much higher than what I was used to,” Forsyth said to dmvrunning.com. “(Colorado coach Mark) Wetmore did a great job of easing us freshmen into the program but being competitive athletes, it was hard going from being the best in our respective states to (being) nobodies. But this ultimately strengthened our resolve and helped us develop the mental toughness to endure years of training.”

Despite all of the hard work involved with becoming an elite runner, Forsyth hopes that the enjoyment factor of training and competing cannot be overstated.

“I think the single most important thing for me has been to not take myself too seriously,” he said in the 2019 interview. “I am incredibly dedicated and do not make excuses when it comes to training, but I try to always stay lighthearted. Running (and racing) should be fun. It is the exhibition of all your hard work. I think it is important to remember that in the end, it is just for fun, so don’t put too much pressure on yourself, just go out and enjoy it. Don’t concern yourself with ‘did you see what he/she did’ and ‘am I doing everything right’ and ‘I need to improve faster,’ and so on. Enjoy your high school and college years.”