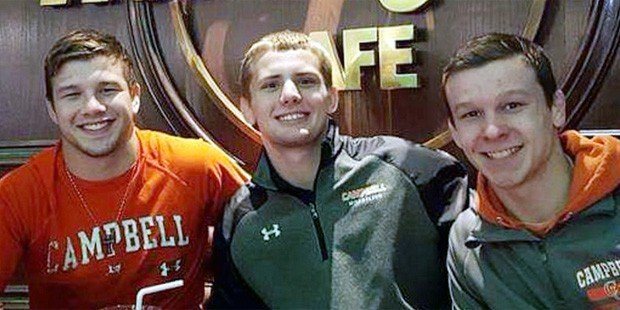 The task of picking any athlete, from dozens of worthy candidates, as the best performer of a decade is extremely difficult. There is so much to compare, so much to evaluate.

The question is, how do you do it when you can’t hardly separate the accomplishments of three wrestlers in the same family?

Well, we chose not to separate anything, instead choosing to make the honor of our No. 1 Lower Weight Wrestler of the Decade a family affair – shared amongst brothers Nathan, Austin and Jason Kraiser, all of Howard County’s Centennial High School.

All three were named VSN Wrestlers of the Year, although two of them, ironically, earned the honor as upper-weights in their senior years, after spending the majority of their careers as lower-wights.

Between the three, the Kraisser brothers own 11 MPSSAA Maryland Individual State titles and you can make it an even 12 for the family if you add the one captured by their father Cliff. The three combined for 464 career wins for the Eagles. 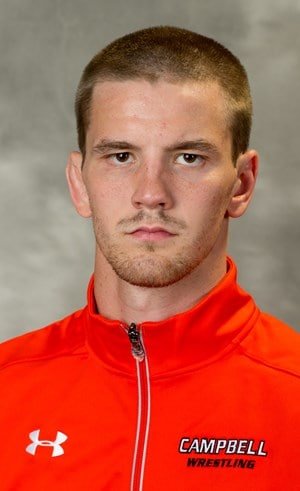 Nathan Kraisser started his college career at North Carolina, but finished up at Campbell University.

Nathan is the oldest, graduating from Centennial in 2012 when he was named VSN’s Lower-Weight Wrestler of the Year. He was 152-6 during his high school career, setting the school record for career wins at the time, and he went 41-0 as a junior.

“I wanted to continue my success and finish my high school career on a strong note,” the three-time state champ said heading into his final season. “It is an honor to be with the other wrestlers who accomplished the feat, but there is still room to improve, and that is what I will focus on throughout college.”

He began his college career at the University of North Carolina where he was named ACC Freshman of the Year and he followed that with an ACC championship in his sophomore year.

He then transferred to Campbell University (SC) for his final two years, winning the Southern Conference title in 2016 and placing second in 2017. He qualified for the NCAA Tournament in all four years of his college career and earned All-America honors as a senior.

After winning three state titles at Centennial, Austin Kraisser followed his older brother Nathan to Campbell, where is currently a senior.

Austin Kraisser followed Nathan onto the Centennial mats and capped his brilliant career with a 40-0 record as a senior, in 2016, and winning his third state crown. His high school record of 154-8 was good enough to break his older brothers school record for wins.

Austin moved beyond the lower weights, as he wrestled 160 in his brilliant senior year when he was named VSN’s Upper Weight Wrestler of the Year and ranked No. 9 in the nation by FloWrestling.

“I’m really proud of them,” said father Cliff Kraisser of his boys, after Austin’s senior year, the same season Jason won his first title as a freshman. “They all work hard, and the great thing is, they’re competitive kids, but they’re each other’s best fan. They’re rooting for each other no matter what. So as a parent, what else can you ask for? It’s great.”

When it came time to select a college, Austin once again followed Nathan, going to Campbell. He went 21-11 in his first college season and was named the Southern Conference Freshman of the Year. He also placed second in the 2017 SoCon Tournament.

He followed that up with a 21-13 record as a junior and, after red-shirting the 2018-19 season with an injury, he bounced back to place third in the SoCon Tournament in his junior year. He was a NWCA Division I Academic All-American each season.

Now in his senior year with the Camels, Austin has been joined in the team’s lineup by Jason.

Jason Kraisser, who won four state crowns at Centennial, is also now at Campbell University, a sophomore wrestling in the same lineup with older brother Austin.

Jason Kraisser, a 2019 graduate of Centennial, made his older brothers proud, breaking their school records for wins with his 159-4 high school record and winning four more state titles for the family.

Jason also moved into the upper weights as a senior and became the third brother to be named VSN Wrestler of the Year, taking the upper-weight honor in 2019.

“It was great,” Jason said after winning his fourth state crown. “I was able to complete one of my biggest goals going into high school. I’m a part of something now that not a lot of people can be a part of. It’s something I can bond with my family and my brother about. I knew it was gonna be really, really hard going into high school, but I just remember telling myself, ‘Hey, it’s possible if I keep working hard. I’ll be able to achieve this goal I had since I was a kid.’”

Jason was also third at the UWW Cadet Nationals and fifth at the Flo-Nationals and earned recognition as a Fargo Freestyle All-American.