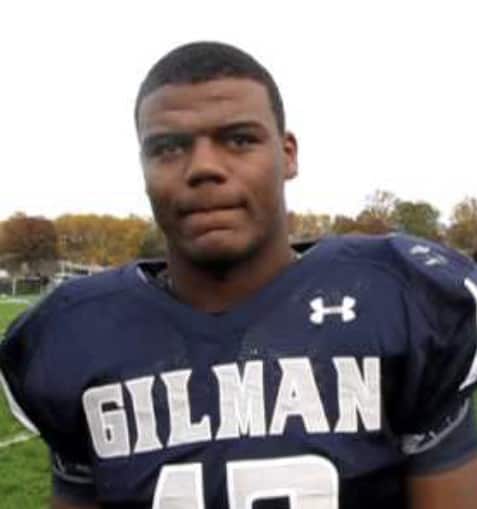 In his football career, Micah Kiser has played in a Super Bowl and won a “Heisman.” But for Kiser, VSN’s No. 1 Linebacker of the Decade, the 2020 NFL season has been arguably the biggest highlight for the former Gilman School star.

After winning VSN’s Defensive Player of the Year honors in 2012, Gilman’s Micah Kiser became one of the best linebackers in University of Virginia football history with three first-team All-Atlantic Coast Conference honors.

Kiser is a first-year starting middle linebacker for the Los Angeles Rams. He was the team’s top tackler (77) before a knee injury sidelined him the last five weeks.

Though put on the active list earlier this week, Kiser won’t play in the Rams’ regular season finale against the Arizona Cardinals Sunday afternoon. The Rams need a win over the Cardinals or a Green Bay Packer win over the Chicago Bears to advance to the NFC playoffs as a wildcard.

The Rams and Kiser both hope to get a chance to build on his breakout campaign.

“You feel his physicality,” Los Angeles coach Sean McVay said. “He has great command of what’s going on.”

Kiser, who idolized legendary Baltimore Ravens linebacker Ray Lewis, has had a sixth sense for the linebacking position since starting in his sophomore season at Gilman. The Greyhounds went 26-5 in Kiser’s three seasons as starter with MIAA A Conference titles in 2011 and 2012.

“He understood what offenses were trying to do and what we would do as a defense to take that away,” said Henry Russell, then a Gilman assistant and now co-coach at St. Frances Academy. “Mentally, he’s probably the strongest kid I’ve coached at the linebacker position.”

Kiser, a two-time All-Metro first-team and consensus All-State pick, matriculated to the University of Virginia and continued to progress. He finished fifth in Cavalier history with 411 tackles and led the Atlantic Coast Conference in tackles his final three seasons. A three-time All-ACC first-team selection, Kiser was selected third-team All-American by the Associated Press in his senior year.

The day after a rally by white supremacists in Charlottesville which turned violent (one death and nearly three dozen injured), Kiser helped organize a photo of the entire Virginia football team – arms linked without regard for race – on the Rotunda where the protest centered.

“He’s the epitome of what a leader is,” said Howard University football coach Mike London, who was Kiser’s coach at Virginia for three seasons. “There are all the things he did behind the scenes, in the weight room and in the community, things that no one sees. He communicates well. He’s a very discerning young man.”

Selected in the fifth round by the Los Angeles Rams in 2018, Micah Kiser was a starter at middle linebacker this NFL season before a knee injury sidelined him. Kiser is expected to be back at starting middle linebacker if the Rams make the playoffs.

The Rams selected Kiser in the fifth round of the 2018 NFL draft. He played on special teams as a rookie, and Los Angeles reached Super Bowl LIII (lost to New England). Kiser missed the entire 2019 season with a torn pectoral.

The Rams revamped their defense this season and a healthy Kiser move into a starting role. He was NFC Defensive Player of the Week in week two after 16 tackles and a fumble recovery against the Philadelphia Eagles.

“I think he’ll continue to get better, and he’s got an opportunity to be a special football player,”  said Donald, two-time NFL Defensive Player of the Year.

Kiser’s standard for excellence on and off the field comes from parents Donna and Michael, who raised Micah and brother Jordan in Woodlawn.