10 Years of Excellence: VSN’s No. 1 Girls Swimmer of the Decade 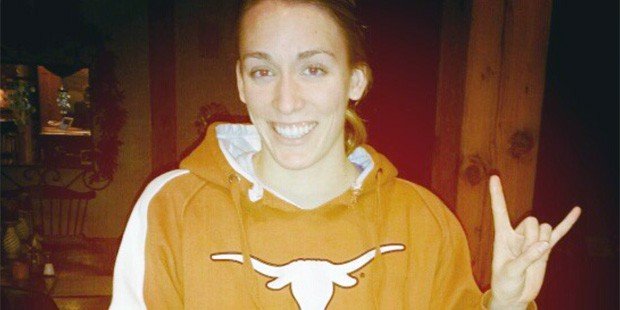 In a 2012 Baltimore Sun article, Jordan Surhoff joked that she has “no coordination on land.”

The same thing could not be said when she entered a pool, something she did thousands of times during a long and distinguished career swimming for the North Baltimore Aquatic Club, St. Paul’s School, and the University of Texas.

VSN’s No. 1 Girls Swimmer of the Decade was so good in the water that it’s unlikely she would have had time to play another sport for the Gators, although she did enjoy spending free time with her friends. 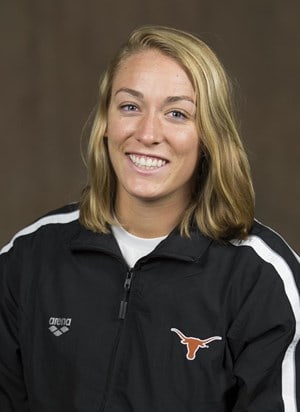 Following her days at SPSG, Jordan Surhoff matriculated to the University of Texas where she twice earned Honorable Mention All-American honors while swimming for the Longhorns.

As accomplished as she was, and as hard as she practiced, Surhoff had interests other than swimming, a sport she first started as a five-year-old with the North Baltimore Aquatic Club.

“Jordan didn’t live just for swimming, 24/7,” said her mother, Polly Surhoff, who also coached Jordan at St. Paul’s. “She also loved hanging out with her friends and doing other things.”

Even so, when it came time to test her skills in the Interscholastic Athletic Association of Maryland championship meet, Jordan was at her best — despite not always swimming her strongest strokes in deference to helping the Gators to garner more points from other events.

“She understood the team, and didn’t always swim her best event because she did what ever event was needed and best for the team,” said Notre Dame Prep coach Terri Byrd.

Still, Jordan claimed A Conference individual titles in the 100-yard butterfly in 57.50 and sliced more than a second off the previous meet record in the 100 breaststroke in 1:03.27 — a mark that stood until fellow SPSG alumna and current University of Notre Dame swimmer Elizabeth Fry posted a blistering 1:02.43 in 2019 with Jordan watching the “bittersweet” moment that day from the stands at Loyola University Maryland.

“It was emotional,” Jordan said. “You never want to see your own name taken down, but if anyone was going to break the record, I wanted it to be her. And it was just icing on the cake that she was also from St. Paul’s.”

Jordan was every bit as good as a senior by repeating her individual successes, taking the butterfly in 55.27 and touching home a full 15 seconds ahead of her nearest competitor in the 100 breaststroke.

She was also part of the winning 200 freestyle relay squad for runner-up St. Paul’s in the B Conference.

And she had one other valuable skill — recruiting fellow students to try out for the team, even if they had never competed in a formal meet.

“Jordan got a couple of her friends to swim senior year to swim for the first time on the team, just because she believed in the sport and all it does,” Byrd said.

“She and her friends still laugh about it today,” added Polly Surhoff, who noted that anyone who could swim the 50 freestyle was welcome to join the Gators’ squad.

Jordan said that one of her fondest memories of swimming for St. Paul’s was the camaraderie she and two other seniors shared during their final senior dual meet.

“I don’t remember which team it was against or whether we won or lost,” she said. “I just remember how much fun it was. That’s what was great about high school swimming — the team environment brought back how much fun the sport could be.”

Polly Surhoff also asked her club swimmers to help coach non-club or novice swimmers, a task they did with great enthusiasm.

“My girls did what it took,” she said. “They would come back from a long workout (with club teams) and hop in the water to teach some of the other girls how to do a flip-turn.”

All in all, Jordan’s versatility, high-level ability and team-oriented demeanor helped the Gators stay within 16 points of Severn School in the final team tally in 2013, giving the powerhouse Texas program — and the universities of Tennessee, Virginia and North Carolina — even more incentive to recruit her to their respective schools.

In the end, she chose Texas where she said she felt most “connected” and where her brother, Austin, was a two-time NCAA champion, over Kendall’s school of choice in Chapel Hill.

Ultimately, she more than repaid the Longhorns’ coaching staff’s interest in her by becoming a two-time Honorable Mention All-American, a Big 12 Conference champion, a 2017 First-Team Academic All-Big 12 member and a four-time Big 12 Commissioner’s Honor Roll member.

She still holds the record for the sixth-best time in the 200-meter breaststroke at Texas.

Jordan said that while she chose the Longhorns more because of the great coaching staff rather than for familial reasons, it was comforting to have Austin — in Austin — with her for one year.

“It was great to have my big brother there to catch me if I fell,” she said.

Jordan, who would also go on to qualify for the 2016 U.S. Swimming Trials, has moved back to the Baltimore area to teach at the Trellis School, which is geared toward teaching students with autism and and other language-related disorders.

“It’s been a great transition for me,” she said. “It brings out some of my strengths — and some of my weaknesses, too. And that’s good to know.”

Jordan noted that although she’s working out on a regular basis by running, lifting weights and cycling. Swimming is no longer a staple in the winter.

“I want to swim when it’s sunny and warm,” she said with a laugh. “I don’t want to jump into a cold pool like I had to do for so many years.”