10 Years of Excellence: VSN’s No. 1 Girls Lacrosse Attacker of the Decade 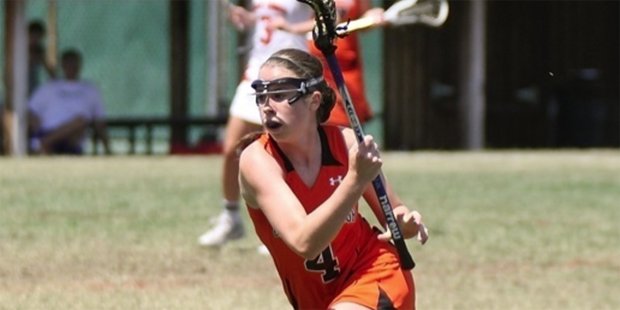 When Chris Robinson coached Megan Whittle at McDonogh, he called her “an automatic goal.”

One of the best finishers in Baltimore girls lacrosse history, she excelled at confounding defenses with her speed, quick first step, blistering shot and flawless instincts. VSN’s No. 1 Girls Lacrosse Attacker of the Decade scored 240 goals for the Eagles in four years. 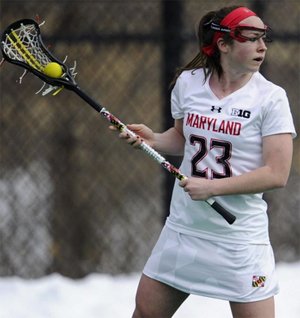 After playing with the pressure of maintaining McDonogh’s record winning streak in high school, going on to break the University of Maryland’s record for career goals and winning two national championships was almost relaxing for Megan Whittle.

“In clutch situations, she always delivered. She made everyone around her better,” Robinson told VSN in 2014. “She created havoc with her speed. She has to go down maybe as our best attack.”

Whittle could not have accomplished much more during her Eagles career. U.S. Lacrosse named her its National Player of the Year in 2014 and Inside Lacrosse ranked her the No. 1 recruit in the Class of 2014.

As a senior, she was named Player of the Year by VSN and The Baltimore Sun. As a junior, she shared VSN Player of the Year honors. She made The Sun’s All-Metro first team three times. She was an Under Armour All-American a year after being named MVP of the Underclass Classic.

Whittle, who went on to break Maryland’s career goals record, said she doesn’t remember much about scoring any one goal at McDonogh, but she looks back on her high school career with “really fond memories, a little bit of stress but a lot of wins.”

The Eagles went 80-0 during her career and pushed their win streak to 112 games. They won four IAAM A Conference championships and were the No. 1 team in the country as well as in Baltimore all four years.

“It was all such a blur,” Whittle said with a laugh. “It also felt like a little bit of a pressure cooker at times because we had the win streak on our back. I remember the intensity of high school lacrosse. I remember kind of thriving in it and kind of enjoying it and when I got to Maryland, feeling so confident because of the gauntlet I had gone through at McDonogh. It’s such a classic answer, but I mostly remember my teammates, I remember the championships, all the magic moments.”

Whittle, a member of England’s national team, played a critical role in helping the Eagles set a national record for consecutive wins (105) and in keeping the streak on track to reach 198 games four years after she graduated. More than a few times, she scored big goals to preserve the streak.

One of the biggest came in the IAAM semifinals her senior year in a down-to-the-wire battle with Severn. Working from up top, she lured most of the Admirals defenders around behind as she rolled the crease and then nailed a tough shot with 1:18 left that sealed a 13-12 victory.

“She plays better when the pressure’s on,” then-Severn coach Renie Sotiropolous told The Sun after that game, “and when their back was up against the wall, that’s who they sent it to and they should have. It’s great to have a go-to player like that.”

In the title game, the Eagles trailed Roland Park by three goals with less than 10 minutes left, but Whittle had a goal and two assists in a 7-0 run to spark McDonogh to a 16-13 victory.

She scored 88 goals as a senior and 69 goals as a junior and she could score them quickly. She once scored three goals in less than a minute and, in another game, had three goals and two assists within 1:40.

Whittle knew most defenders couldn’t stop her without fouling her and she excelled at making them pay with 8-meter goals. Her speed also came in handy on the ride where she could easily chase down and harass an opponent to create a turnover.

She also played field hockey and was a sprinter on four IAAM champion indoor track teams, but lacrosse best fit her talents from the time she started playing at 5. She grew up idolizing Maryland superstar attacker Jen Adams, whose Terps’ scoring record Whittle would eventually break.

As a freshman, she seamlessly stepped into a Terps’ starting lineup loaded with All-Americans.

She would go on to score 298 goals, the second-most in NCAA history, and become a four-time All-American. She led the Terps in goals and ranked in the Top 10 in Division I all four years as the Terps reached the final four every year and won the championship Whittle’s freshman and junior years.

Her 84 goals as a senior ranked second in Maryland history. After scoring a career-high eight goals against Penn State in the Terps’ Big Ten Championship win, she was the tournament MVP. She finished her career as a consensus first-team All-American as well as the Big Ten Attacker of the Year and a Tewaaraton Award finalist.

After graduating from Maryland, Whittle spent a year coaching at Dartmouth before moving on to Stanford, where she is beginning her third year as the Cardinal’s offensive coordinator.

This summer, she is recruiting on the East Coast at many of the same tournaments she played in with the M&D Lacrosse club.

She’s also keeping in shape to play again for England at the World Cup next summer at Towson University. In the 2018 world championships, she helped England win the bronze medal. Although COVID-19 protocols have kept her from training with the team, Whittle said that wasn’t enough to end her playing career.

“I don’t want to stop playing until my legs give out. I love the sport too much to let it go and I’m really excited to have the opportunity to compete on the national stage with such an amazing program. I’m really excited to see what we can do at Towson next July… so, still playing and absolutely loving it. I still love lacrosse as much as I did when I was at McDonogh.”