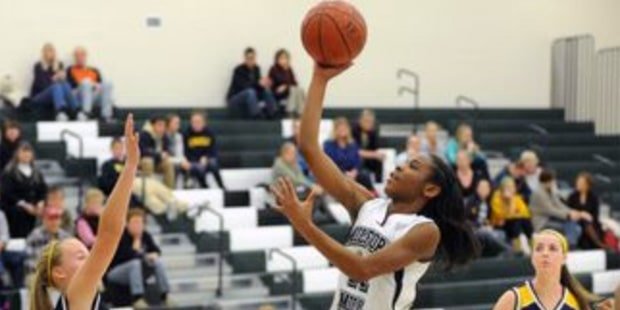 In high school, Dionna White always preferred to let her game do the talking. She never said much, but her game was a chatterbox.

The 5-foot-5 combo guard could do anything and always made the right move at the right time. Her versatility and uncanny instincts led the Millers to back-to-back Class 3A state championships and four Baltimore County championships. The Millers went 99-5 with her in the lineup and at one point, they won 31 straight games.

Varsity Sports Network’s No. 1 Girls Basketball Guard of the Decade, White earned Player of the Year honors from VSN and The Baltimore Sun as a senior. She was the first player in 10 years named All-Metro first-team by The Sun all four years. 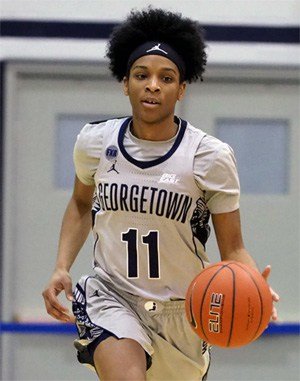 After being a four-time 1st Team All-Metro selection in high school, Milford Mill’s Dionna White went on to become a four-time All-Big East selection at Georgetown, twice on the 2nd-Team and on the 1st-Team as a junior and senior. She graduated as second on the Hoyas’ all-time scoring list with 2,017 points, as well as first in steals, fourth in assists and seventh in rebounds.

“She’s one of the all-time greats in Baltimore County and certainly in the metro area,” Catonsville coach Mike Mohler told The Sun in 2015. “She’s not flashy. She just gets it done. I think her greatest trait is her consistency. She played the game hard, she played the game fair and she has a killer instinct.”

That killer instinct sealed both state championships for the Millers, who had last won a state title in 2005.

With 3:56 left in the first half of the 2015 final, Urbana led by nine, but White wiped that out by converting two steals, dishing out three assists and grabbing three rebounds. It took little more than a minute and a half to get the lead back. She finished the 74-70 victory with 25 points, 11 rebounds, eight steals and six assists. Her defense also thwarted a potential game-tying 3-pointer in the waning seconds.

In the state final White’s junior year, Damascus twice pulled within a point of the Millers late in the game, but she answered with a short jumper the first time and then hit both free throws when the Hornets were forced to foul her with 10 seconds left to secure a 40-37 win. In addition to contributing 17 points and six steals, she played the lead role in forcing 20 Damascus turnovers.

When it comes to her instincts, White said, “I think most of it came naturally. I’ve played since I was four and I think I was kind of used to it. My dad also would teach me things on the side and I would use that in the game and Coach Mac [DeToiya McAliley] just let me play, so everything came naturally. Sometimes I didn’t even know I was doing it or I didn’t know I was doing the right thing until after it happened.”

Although White counts those titles as among the best moments of her high school career, another came in her freshman year.

“One of my favorites was when we beat Catonsville my freshman year,” White said. “We hadn’t beaten them in a while and I remember I hit a deep 3 to send the game into overtime. Everyone was so excited.”

After that 30-foot buzzer-beater, the Millers went on to win that game which secured a berth in the county final.

As a senior, White averaged 21.5 points, 5.5 rebounds, 4.3 assists and 4.8 steals. She led Millers in all but assists. Her shooting percentages were also exceptional — 67.2 percent on 2-point shots and 47.3 percent from behind the arc. Her assist to turnover ratio was 3-1.

To McAliley, two things stood out about White — her positive attitude and her work ethic. But her composure was right up there too.

“She never got flustered, ever,” McAliley said. “The only time I saw her smile, like a big smile, was her last championship and I was like, ‘Whoa, she smiles.’ She never was negative. She always encouraged her teammates. If she thought she had enough points, she would say, ‘Coach, I want to give the ball up more,’ and she would name the player who hadn’t touched the ball in a while. Then she would say, ‘I’ll focus on my rebounds and my assists,’ so that was always her mindset.”

White always looked up to and tried to emulate her cousin Chandrea Jones, a four-time All-Metro player at the Institute of Notre Dame who was 10 years older, and the two had similar styles, excelling all around.

At Georgetown, White made the All-Big East first team as a junior and senior after making the second team as a freshman and sophomore. She was the Big East Defensive Player of the Year as a junior.

She finished her Hoyas career second on their all time scoring list with 2,017 points, first in steals with 363, fourth in assists with 433 and seventh in rebounds with 801. She also ranked high among Big East regular-season career records, third in steals and 10th in scoring.

In the spring of her senior year at Georgetown, White attended a WNBA combine and an overseas combine. She had planned to play in Australia last year, but COVID-19 shut down the season.

White, who is working as an underwriter for an insurance company, said she could reach out to league officials if she wanted to try to play when the overseas leagues return to normal, but she’s not sure.

“I still work out and play basketball, but as far as going overseas, it hasn’t been a goal right now,” White said. “I think I’m kind of satisfied with what I’ve accomplished. I was talking to someone recently about how this pandemic made you realize what you wanted and I’m still thinking about it. I haven’t ruled it out yet, but it’s not the same.”

If she doesn’t play professionally, White said, she’ll play in a local league. She would also like to be on the practice team at Georgetown, keeping the current Hoyas on their toes. She’s even played in a flag football league.

“I just love sports and being involved and staying active,” White said.