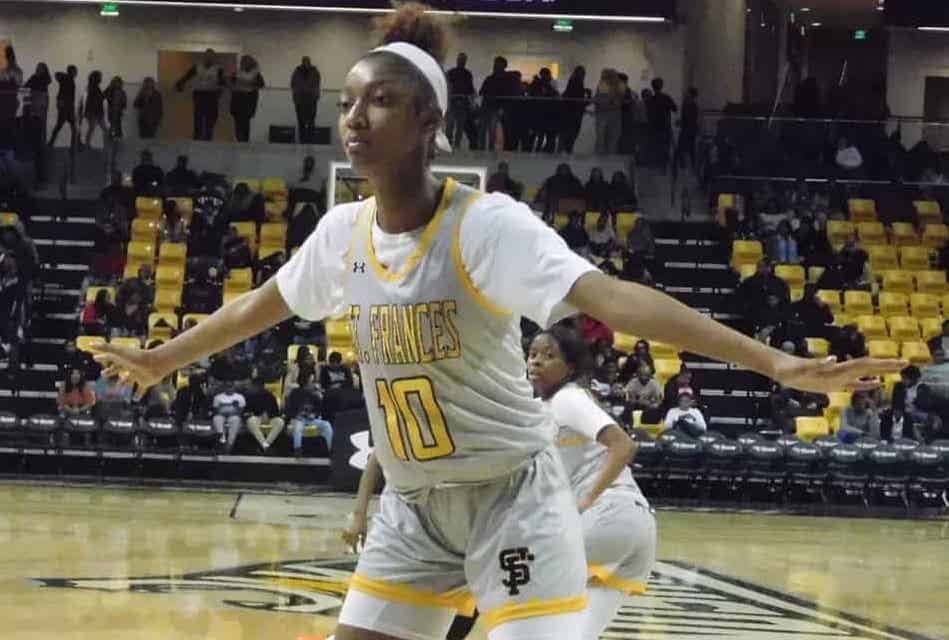 Over the past decade, Angel Reese built a basketball resume that no other Baltimore girl could match. Few local players in the history of the sport even come close to her accomplishments.

A McDonald’s All-American, a Jordan Brand Classic All-American and a USA Today first-team All-American as a senior, she ranked No. 2 overall in the ESPN HoopGurlz Class of 2020.

Reese was the only two-time Baltimore Player of the Year during the decade, earning the honor as a junior and a senior from Varsity Sports Network and The Baltimore Sun. The five-star recruit led the Panthers to four straight IAAM A Conference championships before moving on to the University of Maryland.

VSN’s No. 1 Forward of the Decade, the 6-foot-3 Reese finished her career with 1,720 points, ranking second on St. Frances’s all-time scoring list. She also had 1,250 rebounds. 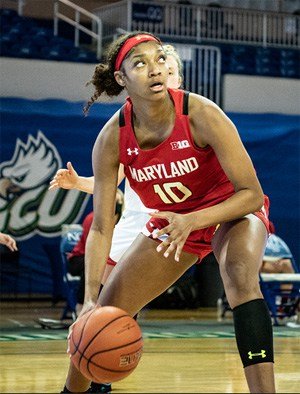 Despite a broken foot that required surgery and forced her to miss more than two months of her freshman season at the University of Maryland, Angel Reese is already making an impact in the Lady Terps lineup, which she returned to this week.

The Panthers went 104-12 with her in the lineup and she is the only St. Frances girl to have her jersey (No. 10) retired.

Although primarily a forward with the Panthers where her height and power made her a force inside, Reese’s agility and ball-handling skills allowed her to play any position on the court. As a senior, she still crashed the boards, but she also played more at her natural position on the wing, where HoopGurlz ranked her No. 1 in the country.

“Angel was a unique talent,” St. Frances coach Jerome Shelton said, “because she’s one of those players that came up with good guard skills and just got taller and taller and taller. When she reached 6-3, she had the guard skills that allowed her to build in that level of versatility on the floor and that’s how she’s always seen herself. Angel, to her credit, didn’t pigeonhole her game. She didn’t see herself as a post player or as a guard. She allowed herself to exercise that freedom, because of her skills, to play all over the floor, and I think that’s what made it so difficult to play against her.”

As a senior, Reese was one of five finalists for the Naismith High School Girls Player of the Year award. She averaged 18.6 points, 10.2 rebounds, 2.5 blocks and 3.4 assists as the Panthers finished 25-3.

She helped the Panthers run their streak of A Conference titles to five with 18 points in the IAAM A Conference championship, a 55-51 win over St. Vincent Pallotti.

“She’s a problem, always has been for four years … when you handle the ball and you’re 6-3. She’s a fun opponent, but she’s always going to be a challenge for anybody to play,” said Pallotti coach Joe Mathews, who has since taken the helm of the Archbishop Spalding girls basketball team.

Reese learned how to play on the big stage early, emerging as a prime-time player on a team that included two other VSN Players of the Decade, forward Mia Davis and point guard Nia Clouden.

Although she didn’t start the first few games her freshman year, Reese played critical roles in key games, including a 13-point, 10-rebound effort in the 56-47 A Conference title victory over McDonogh. She was named the Most Outstanding Player at the Bishop Walsh Tournament as that championship pushed the Panthers’ record to 30-0 before they headed to the DICK’S Sporting Goods High School National Tournament in New York City.

“My freshman year when we went to DICK’S and our team was 30-0, that was really my favorite year,” Reese said. “It was really fun and it was my first time playing on ESPN and with a really good team and I didn’t expect to have a freshman year like that. We were winning and it was fun.”

In the DICK’S semifinal, Reese finished with 20 points and 24 rebounds in an overtime loss to Hamilton Heights (Tenn.). She hit a buzzer-beating put-back to send the game into overtime.

“I was ready to play,” Reese said. “Hamilton Heights had a good scouting report on Mia and Nia so they couldn’t do as much and I had to pick it up.”

She was clearly ready to make the jump to Division I basketball, following in the footsteps of her mother, Angel Webb, a Woodlawn graduate who ranked second in the nation in rebounds for UMBC during the 1991-92 season. Her twin aunts, Kristi and Kortni Webb also played at St. Frances and went on to Coppin State and Pitt, respectively.

Reese was the highest-ranking recruit in Maryland women’s basketball history.

In the fourth game on Dec. 3, Reese suffered a broken right foot that required surgery. She expected to be sidelined for 12 weeks, but Tuesday, Reese was back on the floor, adding eight points and three rebounds in 11 minutes of No. 8 Maryland’s 111-93 win over Iowa.

While unable to play, Reese had been the Terps’ biggest sideline cheerleader, often erupting off the bench to celebrate a big play.

“That’s kind of been a way to stay with the team,” she said. “That was the only way I could actually be part of the team, cheering on the sidelines and stuff, so it’s helped them and it’s helped me in a positive way. It’s just keeping me level headed and staying positive.”

Of course, Reese, a communications major, is thrilled to be back in competition as the season nears the Big Ten tournament, scheduled to begin March 9 in Indianapolis.