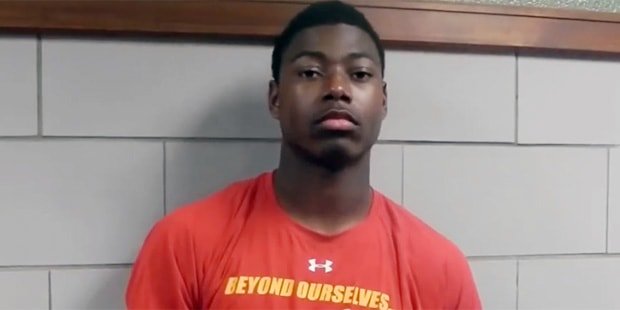 Adrian Amos is nicknamed “Smash” for his love of the Incredible Hulk and his hard-hitting style as an NFL safety.

“Smash” wasn’t the first thing Donald Davis thought of when he saw then-Calvert Hall College freshman back in 2007.

Amos grew and became one of the area’s top players. The former Calvert Hall standout is VSN’s No. 1 Defensive Back of the Decade. 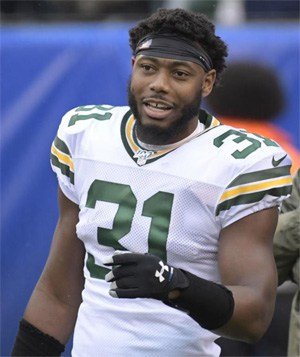 In his sixth NFL season, many experts believe Adrian Amos should have been selected to the 2020 Pro Bowl, after being an alternate selection last year, based on his performance this season with the Green Bay Packers.

Amos, who plays for the Green Bay Packers, in his sixth professional season. He spent his first four seasons with the Chicago Bears.

Amos’ path to the NFL started on Lasalle Road in Towson at The Hall. He played defensive back and was the backup quarterback on the junior varsity as a freshman.

Davis said he let Amos choose between playing junior varsity or the freshman team. He became a varsity starter at wide receiver and defensive back as a sophomore.

And Amos hit a growth spurt.

The Cardinals (excuse the pun) turned into Angry Birds. Calvert Hall, with Amos, now a solid 6-foot, 180-pound junior, went 8-4 in 2009. The Cardinals upset eventual MIAA A Conference champ Gilman School and closed with victory over Loyola Blakefield in the Turkey Bowl.

“We just got better and better,” said Amos.

It came together in 2010 as Calvert Hall (11-1) won its first MIAA A championship (program’s first league title since 1982; MSA A co-champs) and finished No. 1 in the area and the state media Top 25 poll.

“We were one of the best teams in Maryland history,” said Amos, who played alongside Tommy Stuart (VSN’s No. 1 Quarterback of the Decade) and Trevor Williams, who played defensive back for three seasons for the Los Angeles (then-San Diego) Chargers (now on the Jacksonville Jaguars’ practice squad).

Amos, VSN’s inaugural Defensive Player of the Year in 2010 (had 78 tackles, four interceptions and three forced fumbles), signed with Penn State University. He played all four seasons for the Nittany Lions, amassing 148 tackles and seven interceptions. 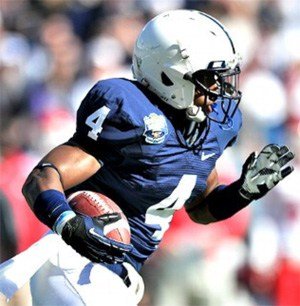 Amos was a four-year starter in the most turbulent era of Penn State football, making a name for himself and building a resume that led to him becoming a 5th round NFL draft pick by the Chicago Bears in 2015.

Amos said he didn’t “want to leave” the teammates he came in with, including former Owings Mills linemen Donovan Smith, who’s VSN’s No. 1 Offensive Linemen of the Decade.

“I knew there would be opportunities to play early, but it was trying times,” said Amos. “The experience made us even closer.”

Amos was drafted in 5th round by the Chicago Bears in 2015. He immediately became a starting safety and had 274 tackles and three interceptions in four seasons in Chicago.

Amos, now 6-feet and 215 pounds, has 55 tackles and two sacks this season for Green Bay, which clinched the NFC North Division title. He was a Pro Bowl alternate last season.

From Calvert Hall to Penn State to the NFL, the soft-spoken Amos has made an impression.

“People from the outside look and think this is great, but there’s a lot of ups and downs,” said Amos. “It’s about keeping the same energy and improving.”

Amos, who grew up in Overlea, said family and faith have been the core of his success. His “I’m Still Here” Foundation has raised monies for communities in Baltimore, Chicago and Green Bay that are in need.

He’s donated more than $50,000 ($1,000 for every tackle) so far this season to the Alzheimer’s Association Wisconsin Chapter. Amos’ great-grandmother and grandmother both succumbed to Alzheimer’s.

Amos watched grandmother, Geraldine Thompson, care for his great-grandmother before the disease affected her.

“Even when she didn’t have much, she gave to everybody. All the extended cousins and everything, they came to her for support and help with any and everything,” he said. “She was a big follower of Christ and she believed in service and believed in helping people. That’s where I feel as though I get my want to for service from is from her.”

The 5-foot-4 kid from Overlea is doing good.

“Don’t ever think you’ve arrived,” said Amos when asked what advice to give to young athletes with professional dreams. “Stay humble and keep working.”