10 Years of Excellence: VSN’s No. 1 Catcher of the Decade 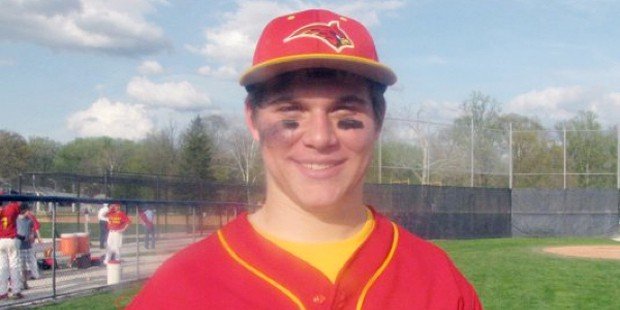 One of the most successful drafts the Baltimore Orioles ever had came in 2013 and two players selected that year are currently on the team’s MLB roster in popular 1B/OF Trey Mancini and C/DH Chance Sisco. A third player drafted between those two was catcher Alex Murphy, who became a coveted Major League prospect after his brilliant high school career at Calvert Hall.

Cisco’s bat helped him become a 2nd-round choice while Mancini coming out of Notre Dame was chosen in round eight. Six of the first seven drafted by the Orioles were high school players.

Injuries played a big role in Alex Murphy’s failure to reach the Major Leagues, but the slugging catcher from Calvert Hall did become a South Atlantic League All-Star for Delmarva in 2016 and later played for the Frederick Keys, just minutes from his childhood home in Mount Airy.

Murphy, despite an injury plagued couple of seasons in which he had shoulder surgery and a sports hernia, gave it a good battle playing seven years down in the bushes. The final blow to his professional career with the Orioles’ organization was a serious knee injury in which he suffered tears to his ACL, MCL and meniscus in 2018, leading to his release during in the 2019 season.

The minor league trek came after his brilliant run at Calvert Hall followed by a sixth round selection by the Orioles, making him the 189th player chosen. Murphy is the No. 1 catcher on the VSN 10-Year Anniversary All-Decade (2011-2020) Team.

“Alex was very good, the best catcher I have seen so far in my time so far at Calvert Hall,” said veteran coach Lou Eckerl now in his 20th season at The Hall. “He had power and is one of the top hitters I have ever seen.”

Eckerl, who could soon be joining the 500-career wins club from his games coaching Cardinal Gibbons and Calvert Hall, can still see Murphy launching rockets out of Crispino Stadium on the grounds of Calvert Hall and elsewhere.

The 5-foot-11, 210 pound Murphy, who batted right, had good hands behind the plate, good lateral movement and blocked pitches well, had a plus arm and knew how to handle a pitching staff. And he ran well.

He was the whole package in terms of being a pro catching prospect.

Murphy was the VSN Player of the Year in back-to-back seasons, 2012 and 2013, knocking in 85 runs, 46 in his senior season, tied for fourth place on the all-time Calvert Hall single season list with 1994 grad and third-baseman Liam Healy. Fellow catcher Joe Vellegia holds the Cardinal record with 52 RBI his junior season of 2005.

The 17 two-baggers broke the single season school record of 16 set by Vellegia in 2006. Murphy was considered by many, including opposing coaches and players, reporters and pro scouts and of course, to be the best high school hitter in the Baltimore metro area his last two years in high school.

In addition to being the VSN Player of the Year his last two years, Murphy was also a Baltimore Sun All-Metro selection both years and All-MIAA A Conference.

“He could really hit,” said then Orioles’ scout and now a Philadelphia Phillies scout Dean Albany, who recommended that the O’s draft Murphy in June of 2013. “Everytime that I saw him play the last couple years he was in high school, he would hit a double or home run.”

“He could flat out hit. He was a good prospect and that’s why we picked him.”

Murphy committed to Wake Forest in his junior year, but after the hometown Orioles selected him in the 6th Round, he decided to turn pro. Murphy, who was born in Monrivia, Maryland and grew up in Mount Airy, signed for $218,500.

He started his minor league career in the Gulf Coast League as a rookie in 2013. The following season he would play A ball at DelMarva of the South Atlantic League and the Aberdeen Ironbirds in the New York Penn League.

It was in 2014 that Murphy had the shoulder surgery and was shutdown. In 2015 he had a hernia problem and played sparingly. By 2016 he was also playing first base and catching and he had his best season in the Orioles’ system at DelMarva, playing in 124 games, batting .252 with 16 home runs, 28 doubles, 63 RBI and 54 runs.

Murphy was named to the South Atlantic All-Star Game and was one of six catchers in the organization named to an All-Star game in 2016. The Orioles major league catcher at that time was switch-hitting Matt Wieters, who was in his final season with the Birds before moving on to Washington and St. Louis in the National League. Wieters played for the American League All Stars in 2016.

A brief stint with the Washington Wild Things of the Independent League at end of 2019 resulted in Murphy being outright released. His dream of playing in the Big Leagues that began with his dad taking him minutes away from his Mount Airy home as a kid to Frederick Keys games was over but not after an earnest effort.