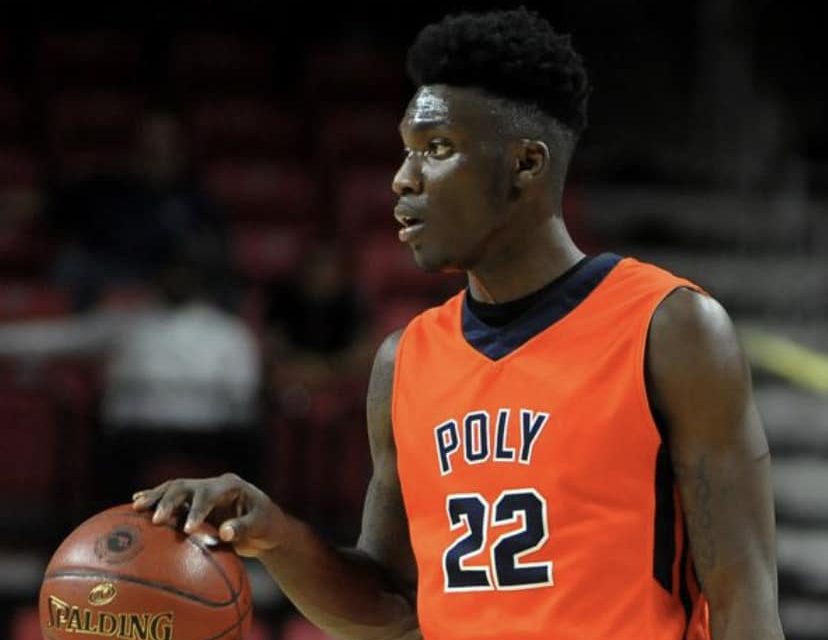 Perry, VSN’s No. 1 Boys Basketball Forward of the Decade, was introduced to the sport by his mother when he was four years old and living in North Carolina. From rec ball to AAU, Regina Cooper attended all her son’s games.

But basketball became secondary for Perry when he started high school in 2013. His mother was diagnosed with cardiomyopathy, an abnormal condition of the heart muscle that disrupts pumping and delivery of blood to the rest of the body.

Johns Hopkins, one of the nation’s finest hospitals, was determined to be Cooper’s best option for treatment. Cooper, Perry and their family left Edenton, a small waterfront town on North Carolina’s Inner Banks, for Baltimore.

Cooper is doing well. Perry, who transferred to Poly, developed into a star.

“In the building of our program, Dre is a microcosm for the entire thing,” said Engineers coach Sam Brand.

Perry helped make Poly, long an afterthought in Baltimore high school basketball, into one of the state’s top public programs. He connected with the Cold Spring Lane school in the summer of 2014 while playing playground basketball with older guys.

One of them knew a Poly assistant coach and Perry visited the Cold Spring Lane school. He did a workout with John Crosby, who had recently graduated from Poly and helped the Engineers to their first state semifinal.

“We’re like ‘How old are you again?,’” said Brand. “It was unreal seeing a kid, at that time 15 years old, with his size and athleticism.”

After an adjustment year, on the court and academically, the 6-foot-6 Perry came into his own as a junior. He averaged 20.4 points, 12 rebounds and 5.1 assists as Poly won its first Baltimore City title.

Dominant in the post, Perry, a first-team All-Metro selection, improved his ball handling and perimeter skills.

De’Vondre Perry was a key contributor for Temple University, playing in 96 games in four seasons. The former Poly standout started all 16 games this season for the Owls.

“The offense was always a work in progress, but the intimidation at both ends were his trademark,” said National Recruiting Report’s Tom Strickler, who has evaluated Baltimore area players the last 30 years. “He started shooting the ball better. He made himself into a basketball player.”

Perry averaged 19.3 points, 9.1 rebounds, 4.7 assists and 2.8 blocked shots as a senior, capping his final season with a dominant showing at the state final four at the University of Maryland. He averaged 28 points, 12.5 rebounds and 4.5 assists, leading Poly to its first state championship.

“It was probably one of the best feelings I have ever felt in my life,” said Perry, who had 23 points and 16 rebounds in the final and 33 points in the semifinals. “It was real crazy to make history at my high school and to leave my legacy.”

Perry continued another legacy, attending Temple University. His grandfather, who first put a basketball in his hands, is a graduate of the inner-city Philadelphia school.

Perry played in 94 games for the Owls, including 15 starts this season. He averaged 7.7 points and 4.8 rebounds this season for Temple, which season ended last Thursday in the AAC Tournament opening round.

Cooper wasn’t able to see Perry play in-person this season because of Covid-19 restrictions (Temple had six games cancelled during season). Perry said she was given a year to live when she was diagnosed back in 2014.

“I play well and play hard and give it my all because if she sees me doing that she will be happy,” Perry said. “Cherishing every moment with my mom and keeping her happy is really what keeps me going, I love her being happy.”