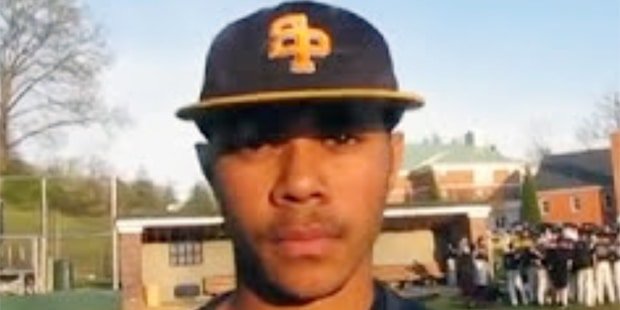 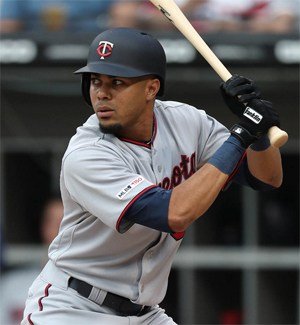 LaMonte made his major league debut in 2019 with the Minnesota Twins and hopes to cement his place in the big leagues in 2021 with the San Francisco Giants, after being squired by the National League club over the winter.

The former outstanding St. Paul’s two-sport athlete is vying for a spot on the National League Giants’ 26-man roster this spring after being traded from the Minnesota Twins to the Giants in early February.

The skills that would eventually drive Wade to be a professional baseball player were clearly evident during his days as a high school star in Brooklandville, earning him recognition as VSN’s No. 1 Baseball Outfielder of the Decade.

Wade, who was a four-year letterman at St. Paul’s in baseball and basketball, was an outstanding athlete for the Crusaders. He was a Baltimore Sun All-Metro selection as an outfielder/pitcher his senior year (2012), batting .394 with a whopping .554 on-base percentage, five home runs and 25 RBI’s. And he was 7-1 with a 1.95 ERA on the mound as a solid lefty. Wade was a preseason Under Armour All-American in 2012 and that spring marked his third consecutive season as All-MIAA. He sparkled at shortstop the year before.

“LaMonte is a great kid and a tremendous athlete, the kind of kid every coach would like to have on his team,” said Paul Bernstorf, who recruited Wade from the Owings Mills sandlots to enroll at St. Paul’s and his brother Jamal, also a superb athlete followed.

“I really think he could have been a big time basketball player if he had not pursued baseball. He’s just a great all-around kid.”

Bernstorf coached Wade his freshman year before stepping down as coach and later as athletic director, but still teaches at the private school.

“LaMonte has been a great ambassador for St. Pauls.”

Wade had been with the Twins since 2015 after being drafted in the ninth round by them and signing out of the University of Maryland where he batted .335 with 32 RBI’s and led the Terps to an NCAA Regional Tournament upset of No. 1 UCLA.

Wade drew 30 walks in 42 games at Maryland finishing his Terps’ three-year career with 107 base on balls in 165 games and an on-base clip of .395, displaying his keen eye at the dish. He robbed an Ole’ Miss batter’s attempt for a home run in the regional and in the same game threw out a runner at home for a big win in the semis to set up a showdown with UCLA. Wade and the Terps prevailed over the Bruins in an NCAA shocker.

Departing College Park, Wade set his sites and his eyes literally on becoming a professional baseball player and at this point, it has culminated into a legitimate opportunity.

San Francisco needed a left-hand hitter, preferably one who could play centerfield and Wade looks like he can fill the bill. The 27-year old Wade may be a platoon option for Mauricio Dubón. Excellent discipline at the plate has enabled Wade to have a minor league career on-base percentage of .389 in five seasons in the bushes in Elizabethton in the Appalachian Rookie League, Cedar Rapids of the Class A Midwest League, the Chattanooga Lookouts of the AA Southern League where he batted .408 with seven long balls, 67 RBIs, 74 runs scored and 76 walks in 117 games in 2017.

That last season opened eyes in the Twins organization and that fall Wade was sent to the Arizona Fall League where he impressed once again. He then started the 2018 campaign with Chattanooga and before long he was knocking on the door of the big show in AAA with the Rochester Red Wings and on June 27, 2019 he got the big phone call and made his MLB debut vs. the Chicago White Sox.

“I saw LaMonte at Maryland and he was and still is a very good player,” said John Wilson, who has been a Minnesota scout for 31 years and who drafted and signed Wade back in 2015. “He needs consistent at-bats, but I’m positive he can play centerfield. I saw him play the gaps extremely well in Southern Alabama when Maryland was there his junior year.

“He showed me that he could play all three outfield positions at the next level.”

“LaMonte always has had a high on-base (percentage) and the guys big on analytics love that, plus he can play anywhere,” said Philadelphia Phillies scout Dean Albany, who saw Wade play in Baltimore during his 20-years as an Orioles’ scout.

Wilson agreed with Bernstorf’s sentiments on Wade and said on a personal level, he wishes he could have stayed with Minnesota.

“But I hope it works out for him and he flourishes with the Giants,” said Wilson. “He comes from a great family and as the cliché goes, he’s a better person than he is a player.”