10 Years of Excellence: VSN’s Girls Track & Field No. 2 Sprinter of the Decade 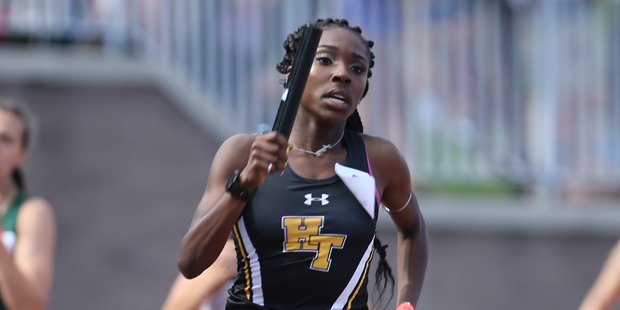 Before she was seven, Caitlyn Bobb ran in a few “little kid miles,” where her mother Dawnette Bobb, a 1992 Olympic sprinter for Bermuda, saw her potential on the track.

But real racing would have to wait.

“I didn’t run when I was younger, because my mom didn’t want me to be tired when I reached high school and the collegiate level,” Caitlyn said. “Even I know a couple people who have done sports from a very young age and they kind of lose the passion for the sport. My mom wanted me to be able to maintain, have longevity in whatever sport I would excel in and it just happens to be track and field.” 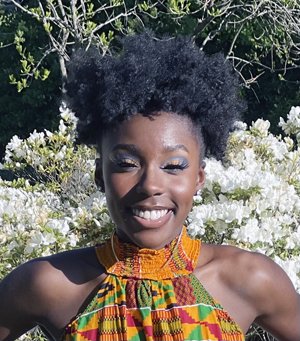 A dual-citizen of the United States and the Bermuda, Caitlyn Bobb will go straight from MPSSAA State Championships later this month to the Olympic Games in Tokoyo, Japan, next month, competing for Bermuda.

Not only has VSN’s No. 2 Girls Track & Field Sprinter of the Decade won 15 gold medals at the state championships in just four seasons of competition, but she is also headed to the Olympics. A dual citizen of the U.S. and Bermuda, Bobb will run in Tokyo next month for Bermuda, where she already holds two national records.

Harford Tech coach Darrell Diamond called her “a once in a generation athlete,” for her success on the state level and her potential beyond.

“I’ve coached 15 years and I haven’t seen any athlete have 15 gold medals in that period of time,” he said. “She was on pace to be in the 20s (before COVID-19). Barring injuries, she was going to have 23-24 state championship gold medals, something crazy.”

This spring, Bobb finished second in the 200 meters and fourth in the 400 meters at the USA Meet of Champions in Myrtle Beach in March, her first races in 11 months because of COVID-19 cancellations.

After that, she ran in the few Harford County tri-meets scheduled. Despite little competition, her times were the best of any Class 2A girl this spring in the 100, 200, 400 and 800 meters. All of those times rank among the top seven in the state this season too.

Bobb will have a chance to add to her medal count at the Class 2A state championships June 18 and 19, a meet that, until three weeks ago, seemed likely to be cancelled because of COVID-19.

Some records may fall as well. Bobb started breaking them as a sophomore.

In 2019, she ran the 400 meters in 52.79 seconds to finish fourth at the New Balance Outdoor Nationals. Her time was just two one hundredths of a second off the state high school record and it broke the Bermuda national record. She also finished second in the 400 meters in that meet in 23.69 seconds.

As a freshman, Bobb played basketball for the Cobras, and then she started winning state championships in her first track season, outdoors in 2018. She has eight gold medals in the sprints and seven in the relays. She’s won the 300 and the 500 twice each indoors and the 200 and the 400 twice each outdoors.

The Baltimore Sun named her to its All-Metro first team all four seasons.

Bobb set her second Bermuda national record, in the 500 meters, in January 2020 at the VA Showcase. She ran 1:13.46 to win the event, the second fastest time run by a Maryland high school girl during the 2020 indoor season.

More than 30 top-level college programs recruited Bobb, who was enrolled in the cosmetology program at Harford Tech and plans to major in secondary education. She said she liked Oregon, but it didn’t have her major, so she chose to stay close to home and run for UMBC where her father, David Bobb, is head coach.

Diamond said she combines her talent with an excellent work ethic and team spirit. He couldn’t ask for a better team captain.

“We don’t see the ego. I would never say she’s a diva sprinter,” he said. “She wants to lead but she also wants to be just one of the kids on the team. She’s really grounded. [UMBC is] getting something really special as far as a teammate and leadership goes.”

Bobb most certainly was destined for the track. Dawnette (Douglas) Bobb set several school records at UMES and ran the 100 and 200 meters at the Barcelona Olympics. David Bobb became UMBC’s first Division I All-American as a junior, an honor he won five times. Both are in their colleges’ Hall of Fame.

While the family lived in Bermuda when Caitlyn was 4-7, she showed “big time” potential, according to her mother.

She ran one short race with a rabbit to guide and pace the youngsters, but he didn’t run fast enough. Caitlyn kept up and her mother said she could have passed him.

When she was barely in elementary school, “her sports day was ridiculous,” said Dawnette Bobb. “She looked like she had been running for years. The other kids looked like kids and she knew what she was doing and I was like, ‘Whoa! Really?’”

Although Caitlyn said she begged her mother to let her race at different times since then, Dawnette Bobb stood firm. She didn’t want Caitlyn to get “trapped” in track and miss out on other sports. She wanted her to find the right sport for her. Even though she’s just 5-3, Caitlyn enjoyed basketball and volleyball and also swam during the summer.

“I was interested in all sports,” Caitlyn said, “but I favored track, because I’m from a track family. I was like, ‘Oh, I want to run like my parents did,’ so it’s kind of like a family legacy.”

And now, barring any issues with COVID-19 that might postpone them again, she’s headed to the Olympics to run the 200 and the 400 meters.

“As a little girl, I always had dreams of going to the Olympics. I remember once watching the Olympics and saying, ‘I’m going to be there one day and not as a spectator, an actual athlete, running with the camera panning on me,’” she said with a laugh. “I never really thought I would be able to go and I’m very thankful that I qualified.”

Bobb, now a Harford Tech graduate, said she may race a couple times in Bermuda island meets or in AAU events to finish her preparation, but she’s not sure yet.

In Tokyo, she plans to take it all in.

“It’ll be crazy that I would be running with some of the top sprinters in the world,” Bobb said. “I would like to place top three, but I would settle for just placing (laughs), because I know I’m younger and not as experienced, so just giving my best, that’s all I can be grateful and happy for.”