10 Years of Excellence: VSN’s Girls Track & Field No. 2 Distance Runner of the Decade 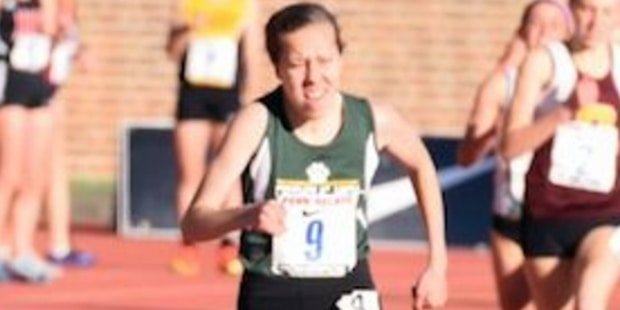 Ellie Gonzalez is best known for her illustrious cross country career, but she also excelled on the track as one of the best and most consistent distance runners in IAAM history.

VSN’s No. 2 Girls Track Distance Runner of the Decade, Gonzalez won 16 IAAM championships during the indoor and outdoor track seasons over her four years at Catholic High. As a junior, she was named Gatorade Maryland Girls Track & Field Player of the Year. 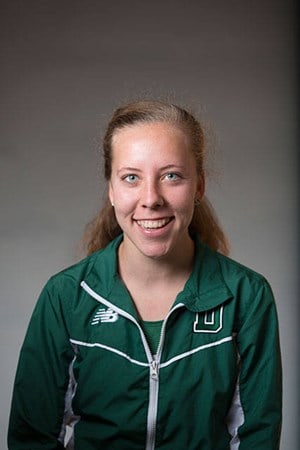 Although focused on cross country, Ellie Gonzalez also ran track at Dartmouth University, running a personal best of 4:38.53 in the 1,500 meters at the 2017 Ivy League Outdoor Championships.

Her distance running ability carried over from the cross country course, as she won the IAAM 1,600 meters indoors four straight times and won the IAAM 1,600 and 3,200 outdoors her final three years. Although Catholic competed in the B Conference, she posted the top times for all conferences.

Her 1,600-meter indoor time remains the third fastest ever run by a state high school girl while her personal best 10:38.39 in the 3,200 meters indoors is the second-fastest time in state history.

“Ellie definitely was one of the breakthrough athletes in the distance department on the track,” Maryvale coach Jason Miller said. “Down at indoor track, whether a dual meet or the championships, she’s lapping people on the track. People were in awe. She had a great kick, she had heart and you could tell she put in the miles. She really put Catholic on the map as far as a track and field school and I think that kind of spurred them on to be one of the top B Conference teams.”

As a senior, Gonzalez finished second in the mile run at the Penn Relays in 4:47.26 which is still the fastest time ever run by a Maryland high school girl. It was the eighth fastest time in the country in 2014.

“She was definitely a more prolific, dynamic cross country runner than she was on the track. Her second place in Penn Relays in the mile, it was pretty amazing…,” said Anibal Gonzalez, her father and coach at Catholic.

Also Varsity Sports Network’s No. 2 Cross Country Runner of the Decade, she won three IAAM championships and set records on many courses, including Oregon Ridge. She finished second in the Nike Cross Nationals Southeast Regional race and ran 12th at the Nike Cross Nationals to earn All-America honors her senior year. She also earned Gatorade Maryland Cross Country Runner of the Year honors in 2013.

Gonzalez swam competitively when she was younger and didn’t start running until the summer before her freshman year at Catholic. In her first indoor track season, she won the IAAM championship in the 800 meters and finished second in the 1,600 meters. After that, she won every IAAM title at 1,600 and 3,200 meters. She also won the 800 indoors as a sophomore and junior.

As a junior she ran 10:38.28 in the two-mile at the New Balance Indoor Nationals, which is still the record for an IAAM athlete. Only three high school girls in Maryland have ever run faster.

“Ellie is the most determined and competitive athlete I have ever worked with,” Catholic athletic director Kari McBride told Gatorade Player of the Year officials in 2013. “She sets personal goals and strives to beat them in practice — not just meets. Most high school athletes turn the aggression and competitive nature on in games. Not Ellie. She has it every single day, practice or meet.”

Gonzalez went on to run at Dartmouth where she finished 19th in the Ivy League Cross Country Championships as a freshman. She ran a personal best 4:38.53 in the 1,500 meters at the Ivy League Outdoor Track and Field Championships in 2017, her final race before a congenital foot issue forced her to take a leave of absence from the sport. She has not returned to racing.