10 Years of Excellence: VSN’s Girls Track & Field No. 1 Sprinter of the Decade 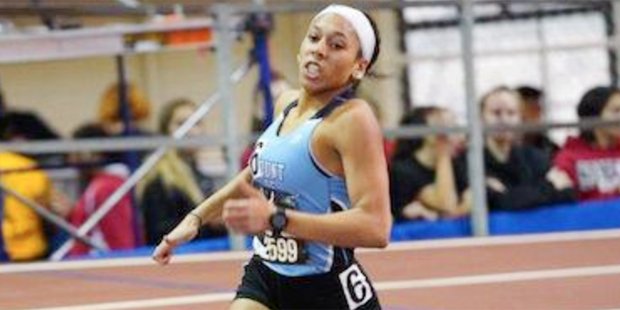 By the end of her sophomore year at Mount de Sales, Bella Whittaker knew she had to choose between track and swimming. Competing in both at a high level was getting to be too much.

She would practice with the Sailors’ track team from 3 to 5 p.m., squeeze in a little homework and then swim from 6 to 8:30. None of it felt like “a chore,” she said, but it wasn’t easy. She needed to focus on one.

“I just wanted to do something that I was really passionate about,” Whittaker said, “and I really discovered a passion for track that wasn’t necessarily still there for swimming… I could not see myself quitting track, but as much as it was hard to admit, I could see myself quitting swimming. The biggest thing was finding the distinction between having a love for something and having such a passion for it.” 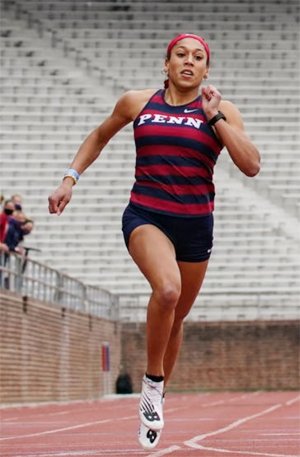 Despite losing her freshman indoor season and much of the spring campaign because of the COVID-19 pandemic, Bella Whittaker has made a quick impact at the University of Pennsylvania, qualifying for the NCAA Championships.

As soon as she decided to concentrate on track, VSN’s No 1 Girls Track Sprinter of the Decade was practically unbeatable on the local level and emerged as one of the top long sprinters in the country, earning All-America status three times.

As a senior, Whittaker was the Gatorade Maryland Track and Field Player of the Year and the Baltimore Sun Indoor Track Athlete of the Year after ranking in the top eight in the nation in four different indoor events — the 200, 300, 400 and 500 meters.

Her state record of 37.76 seconds in the 300-meter dash, set while finishing second at the Millrose Games in New York City in February 2020, was the fourth fastest time run by a high school girl in the United States that winter and ranked tenth all-time.

“When we first saw her compete as a freshman, we’re like, ‘Man, we’re going to have to deal with this for the next four years,’” Maryvale coach Jason Miller said with a laugh. “For our team and the league, it’s just impressive to watch her run. She was a guaranteed first place every time she ran. You’d think someone who trained that hard would eventually fade, but she just kept getting stronger and stronger.”

In addition to her individual success, Whittaker proved a valuable component in many relays. She helped the Sailors set state records indoors and outdoors in the sprint medley relay. Their indoor time, 3:55.40 at the Jesuit Invitational at Georgetown Prep ranked sixth on the all time U.S. list, just three seconds off the record.

To Mount de Sales coach Steve Weber, Whittaker’s performance anchoring the 4×400 relay at a night meet is a dramatic — yet perfect — example of what she can do.

“Bella got the baton and we were way behind and you couldn’t see the other side of the track,” Weber said, “so you just had to wait to see what would happen. Out of the darkness and into the light, Bella had gone from 60 yards behind to 20 yards ahead and everyone was just stunned, but she did that time and time again. There’s just no distance too great that she couldn’t overcome that gap.”

Coming from behind is one of her favorite things.

“I love chasing people. The 4×4 is probably my favorite relay and it’s one of my favorite races in general, because I just love how unpredictable it is and it’s always at the end of meets. Everyone’s exhausted, so it just comes down to whoever has the most passion in the moment and the most heart,” said Whittaker, whose parents and two of her siblings competed in track, including sister Juliette, VSN’s No. 1 Distance Runner of the Decade.

Her father Paul Whittaker, who ran at Georgetown, said his older daughter’s “strength is her strength.” Although she’s a slow starter, she’s easily able to make up for that.

“When she would run the 400, in the final 100 she would look like she’s accelerating, but it wasn’t so much that she was accelerating, she was just fatiguing slower than everybody else in the race. When folks would really be tying up, she could maintain her speed that final 80 meters, that final 100 meters. That, I think, is her strength,” Paul Whittaker said.

In addition to losing her final high school outdoor track season to COVID-19, Whittaker hasn’t been able to compete much this year as a freshman at Penn. The Ivy League cancelled winter sports and the spring season was limited to a few meets against other local colleges although the Quakers have been able to compete in the NCAA championships.

On May 29, at the NCAA East Preliminary meet, she ran a personal best 51.92 seconds in the 400 meters to qualify for the NCAA Championships June 9-12 in Eugene, Oregon.

“I had this mentality of ‘Wow, I’m very lucky to be here,’ which I think is something that COVID has taught me. Any opportunity to run is super special in itself and I was super excited to run which helped me run fast,” Whittaker said,

Even with few opportunities to race, she began etching her name in the Penn records books. At the TCNJ Last Chance meet on May 13, she tied the Quakers’ 200-meter dash record of 23.62 seconds. In her first collegiate meet, the Penn Challenge in March, Whittaker ran the second fastest times in Penn history in both the 200 and the 400 meters.

“I think that COVID taught me a lot about being an athlete. Something that I’m really proud to say is that I was so extremely disciplined during the pandemic that when I came back to school, I was in really good shape and I PR’d my first open race here and I was like ‘Wow, that was after an entire year of not competing.’ I try to remind myself, ‘You should be proud of what you were able to do in such a hard time.’”

At the NCAA finals, Whittaker aims to meet the qualifying time for the Olympic Trials by running 51.35 seconds or better. There’s still a chance she could earn a bid without quite hitting the standard.

“At regionals, it was my first time under 52 (seconds) and that was a whole different kind of race, just in how I raced it, so I hope I can go to nationals and run it the same way but for it to be easier and for me to run more efficiently so that I can shed some more time off my PR… The faster I can run, obviously, the easier it will be to get into the trials, so that’s my goal for sure.”

Editor’s note: High school statistics and records according to MileSplit.com. College stats according to Penn athletics and the NCAA.