10 Years of Excellence: VSN’s Girls Tennis Co-Coaches of the Decade 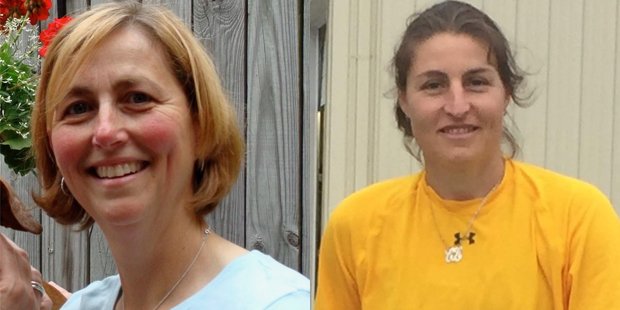 To become worthy of being selected as VSN’s Girls Tennis Co-Coaches of the Decade, Kate Brendler and Tilly Taborda-Almaguer first had to learn how to work together in order to ensure that Bryn Mawr players were able to compete on and off the court as an efficient unit.

To that end, Brendler and Taborda-Almaguer have managed to maintain a successful partnership without stepping on each other’s toes, which could be a problem for more ego-driven people.

Over the past decade, Bryn Mawr School has captured four IAAM A Conference titles under the leadership of co-coaches Kate Brendler and Tilly Taborda-Almaguer.

Instead, the duo has provided a united front to put a steady hand on a program that has produced four Interscholastic Athletic Association of Maryland A Conference titles in the last decade and won nine overall crowns since 2003.

Brendler flew solo in her first year at Bryn Mawr in 2003, winning that title and then collaborating with Taborda-Almaguer to claim championships in 2005, 2006 and 2008.

“We’re a good pair,” Taborda-Almaguer said. “Little by little, we’ve gotten to know each better in order to play to each other’s strengths.”

She left her native Argentina to play tennis at the University of Louisiana Monroe where she played No. 1 singles and No. 1 doubles for the Warhawks, whose current roster features all international players.

Taborda-Almaguer came to Bryn Mawr in 2005 as a physical education teacher.

Because of her experience playing at a high level, the co-coaches devised a two-pronged approach to giving instructions.

Because Brendler was a “pretty good club player” before knee surgery ended that endeavor, she also understands the sport well and is a good fit with Taborda-Almaguer.

They put a lot of effort into keeping the Mawrtians at or near the top of the league standings every fall.

“Tilly is a teaching pro, and teaches technique to the girls,” said Brendler, a Bryn Mawr Middle School science teacher. “I do the doubles’ strategy. I think we make a pretty good team.”

Their best players during the past decade, Cameron Corse and Lindsay Thompson, combined to claim seven No. 1 singles titles in a row — and would have probably made it eight if they hadn’t played on the same team when Corse, VSN’s Girls Tennis Player of the Decade, was a senior.

Having those elite players — Corse went on to play at Notre Dame and Thompson at George Washington — along with two-time Boston University captain Lily Burchell and talented Jasmine Abass on the Mawrtians’ roster made the job a bit easier.

“We can’t take the credit for those kinds of players,” Taborda-Almaguer said. “We’ve been very fortunate to have players who also play tennis outside of school.”

Yet Taborda-Almaguer and Brendler were equally adept at mentoring either less experienced or less talented players as well.

“Tilly and I always enjoyed seeing who would be there for tryouts,” Brendler said, noting that the majority of the players only participated in the sport during the season.

The coaches said that they relished the prospect of developing players with a variety of strengths and skills.

“I’m comfortable teaching a lot of levels,” Taborda-Almaguer said. “We’ve had some girls who have gotten a lot better playing for Bryn Mawr, whether they want to play in college or not.”

That’s at least one reason why Bryn Mawr’s tennis culture continues to be second to none under Brendler and Taborda-Almaguer.

“Our success comes from our athletes, who are committed to academics and to improving their tennis,” Brendler said. “We have worked together to create a team that takes tennis seriously, but still has fun and supports each other on and off the court.”