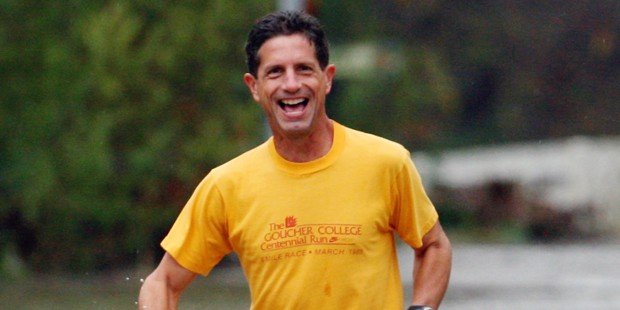 When Hereford athletic director Mike Kalisz asked John Roemer IV to coach the Bulls track team in 1995, Roemer agreed to try it for a season. 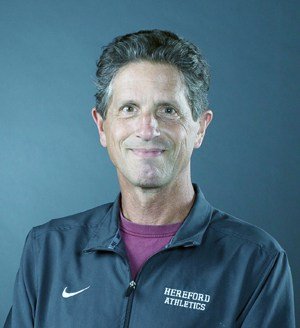 He picked up cross country along the way and in recent years, no cross country coach has won more state or league titles. Roemer guided the Bulls’ girls team to seven state Class 3A or 2A titles between 2010 and 2018 along with one second-place finish.

That success makes Roemer an easy choice as VSN’s Girls Cross Country Coach of the Decade. He also helped the boys win three state titles between 2010 and 2011.

For Roemer, coaching is about much more than winning championships. He started running at 8, competed for Hereford and Johns Hopkins and still runs every day. A volunteer coach in the early years, Roemer enjoys passing along his love for the sport to runners at all levels of competition.

“One self-centered thing is you just gravitate to these kids,” Roemer said. “It’s just wonderful to work with people who are bright and eager and accommodating and I run with them… It’s really rewarding. Also I think the kids get something from it. They get to experience something fun and healthy. It’s great social interaction for them. All those simple hackneyed cliched things come together when you coach if you do it well.”

The Bulls have had only two individual state champions on those seven title teams. Erin Causey won in 2010 and Emily Konkus in 2017 and 2018, but the Bulls always had tremendous depth. He noted Kelly Wesolowski, Sara Carter, Emily VandeWater and Meghan Anderson as some of Hereford’s other top distance runners during the decade.

Roemer, one of a handful of Bulls running coaches who works with the boys and the girls, usually has about 65-80 runners, but one year they drew 125. He doesn’t cut anyone.

“John has a strong commitment, a purpose,” Kalisz said, “and he works diligently to get his athletes to exceed his expectations, their expectations on a daily basis. He really finds a way to get the most out of his athletes and it’s turned some average athletes into really successful distance runners. His dedication is unparalleled.”

Brooke Wilson, a 2020 Hereford graduate, said Roemer isn’t a coach who “is always barking orders.” Instead he’s running with the team, encouraging everyone and sometimes pacing runners shooting for a particular time.

“He pushes us but like in a loving way where we always felt like we could improve because he was constantly giving goals that were maybe a little bit out of our reach but not too much where you felt defeated. It encouraged you to do better in the next practice or the next race, but he never made you feel that you weren’t as good as you should have been,” Wilson said.

Roemer, The Baltimore Sun’s Girls Cross Country Coach of the Year in 2015 and 2016, said there’s no great secret to the Bulls’ success.

The Bulls don’t train on the Hereford course, the site of the state championships, he said, preferring the hills and trails in the nearby Gunpowder Falls State Park. He said he’s been fortunate to have teams that bond well, quite a few siblings and girls who show up six days a week.

“The girls sort of model on the expectations of their forebears,” Roemer said. “You have a group of freshmen girls and they aspire to be those girls who are able to run fast and it perpetuates itself in that way. It may be wishful thinking, but that’s probably the kernel of what gets us where we are.”

Roemer, who now coaches with Adam Hittner, has coached cross country with several others throughout the decade, including Jason Bowman, Weston Fellows, Yelena Dickerson and Megan Wilson, but he is the one constant.

And if there’s one thing about Roemer and his running, it is consistency.

“It’s basically something that’s easy to do,” he said. “You don’t have to have other people or a pool or a bicycle and it’s comparatively safe. I get to explore the forests and the woods and trails and it’s healthy. It’s something that appealed to my one-foot-in-front-of-the-other mentality.”

When his streak started, he was a senior at Hereford, helping the Bulls to a third straight state Class B (2A) team championship. The following spring, he ran on the championship two-mile relay team that still holds the Class B track meet record.

Roemer, who was inducted into the Baltimore Road Runners Hall of Fame in 2017, followed his father into running. John Roemer III was inducted in 2000.

“It’s something I enjoy and I hope that the kids think back on it fondly, that they had a good time,” said Roemer. “I hope they gain a good sense of self worth and hopefully, they’ll carry on with physical activity for the rest of their lives.”

No. 2: Ellie Gonzalez, 2014, The Catholic High School of Baltimore