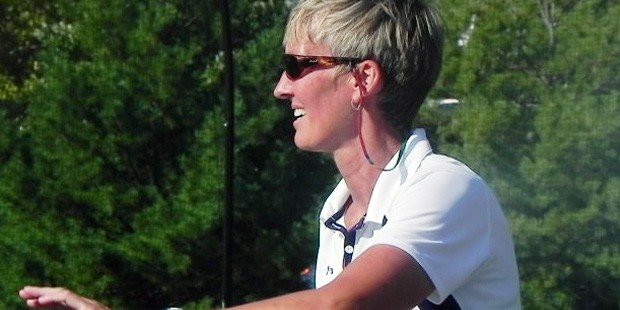 In the summer of 2005, Traci Davis took her Garrison Forest field hockey team on a Sport EuroTour trip to England, Belgium and Holland. That changed everything for Davis and the Grizzlies’ program.

“Americans’ general way of training was running and sprints and the European model was play the game, have fun playing the game and incorporate other stuff, disguise the other stuff, in your drills and that’s what we did. That was the turning point,” Davis said. “My players from years prior to that will tell you stories of runs that we did, timed runs we did… all kinds of crazy training stuff that ate up a great deal of practice time, but after our EuroTour, we cut that out and started honing in on our skills and it worked.” 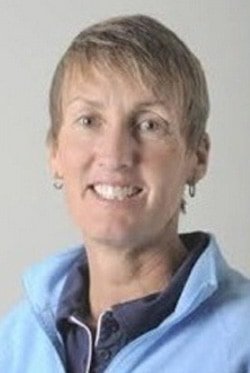 Between 2010 and Davis’s final year at Garrison in 2018, the Grizzlies missed the A Conference final just twice and were the only A Conference team to win three championships.

Under Davis, VSN’s Field Hockey Coach of the Decade, the Grizzlies finished seven of those nine seasons ranked in the Top 4. They never fell out of the Top 10.

In addition to her coaching success, Davis has an extraordinary resume as a player. A three-sport athlete at St. Paul’s School for Girls, she went on to become an All-American in both field hockey and lacrosse at Ursinus College. She played on the US national team in both sports.

A veteran of 10 years with the U.S. Women’s National Lacrosse Team, she played in the 1986 World Cup. She spent two years on the USA National Field Hockey Team. She has also reffed both sports.

Davis first coached at Roland Park before leaving to compete in the USA Triathlon series. She won a few times and qualified for nationals, but being a professional triathlete didn’t pay all the bills. After a year, she returned to teaching and coaching, this time at Garrison Forest. She became the varsity hockey coach in 1999.

Leigh McDonald Hall, who assisted Davis for 15 years, said she brought a myriad of assets to the job.

“Traci has a Masters of Social Work so all of that training coupled with an elite athletic background made her an excellent communicator and coach, because she would break down the skill or play so that it made sense or she could talk to struggling players or parents and make sense. I think that was a really good tool box for an excellent coach,” said Hall.

Davis gives Hall, who was also on the EuroTour, a lot of credit for the program’s success as well. Together they changed the coaching philosophy and fostered a positive culture.

“Leigh and I together coaching was a good combination,” Davis said. “We balanced each other out. We had great kids and we just focused on team and fun and every single person on the team was equally valued, equally important. We did a lot of team bonding things that had nothing to do with hockey and that brought us closer. We laughed. We had fun.”

Under previous coach Micul Ann Morse, the Grizzlies had won championships in the Association of Independent Schools (AIS), one of the predecessors to the IAAM, but the sport was just beginning to grow on the club level. Davis started an indoor league at Garrison with no scoreboard and no championship, just a chance for girls to play games, hone their stick skills and have fun.

“I saw an opportunity with hockey that I had not seen with lacrosse,” she said, “and that was kind of in having the ability to really build a program. At the time, there were some clubs, but there weren’t nearly as many clubs (as there are today). There wasn’t as much going on hockey-wise.”

“She was a phenomenal coach,” Jarrett said. “She was always so invested whether in season, off season. Our team would coach the little kids at Garrison and there was just a lot of team camaraderie. In the summer, she would have us come back and help coach the camps. A bunch of us played on the same club team and even though she wasn’t the coach, she would always talk with those coaches. That made a huge difference. I was involved in Garrison field hockey all year round, all four years. I feel like that built a really strong team because we were always together.”

Like Jarrett, Christine Knauss, a 2009 graduate, enjoyed how a close team made winning that much more special.

“She demanded hard work all the time, but she also wanted it to always be fun,” Knauss said. “I think having those two things really made our teams — especially the teams when we won the championship — just really be close and a lot more like a family and trust each other to always play well, to have people always step up. I think those two things were really important and really different.”