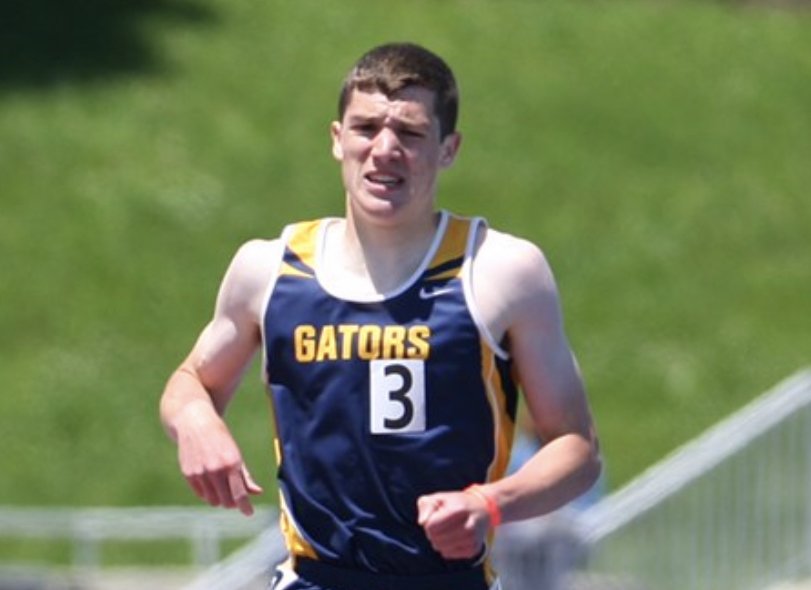 Before his path took him from Virginia Tech to Oregon, and, on the verge of the Tokyo Summer Olympics, Vince Ciattei remembers the advice 0f Perry Hall track coach Marilyn Bevans, who told him back as an underclassmen you only get out of running what you put into it.

Ciattei, VSN’s Boys Track and Field No. 2 Distance Runner of the Decade, has put in the time. And, the results have been impressive for the top former Gator standout, who reached the 1,500-meter final at the U.S. Olympic trials in Oregon.

In a field including 2016 gold medalist and former Broadneck star Matt Centrowitz, Ciattei finished 12th with a time of 3:39.02, about four seconds shy of the Olympic qualifying time (3:35).

Ciattei’s Olympic chase started at Perry Hall, where he won seven state championships, capped with a “Triple Crown” in the outdoor 800 and 1,600. He was the Sun’s All-Metro Outdoor Track Performer of the Year in 2013.

Ciattei said he loves the training and detail involved.

“Everyone thinks you just go out and run. But if you really want to reach a high level, there’s a lot that you have to pay attention to,” said Ciattei. “But, at the same time, it is a simple equation. If you work hard, no matter how much talent you have, you are eventually going to improve and get better.”

Ciattei matriculated to Virginia Tech, choosing the Hokies over Georgetown and Yale. In his redshirt senior season in 2018, he won a national title as a member of the indoor 3,200 distance medley relay team (ran 1,200 portion) and was national runner-up in the indoor mile and outdoor 1,500 race.

It was a perfect ending for Ciattei, who struggled with injuries for most of his Virginia Tech career.

“The indoor meet was just a real culmination of four and a half years of sticking with it through some pretty tough times,” Ciattei said. “My desire to be an NCAA champion or to be a sub-4-minute miler, there were plenty of times where that really wasn’t realistic based on how well I was racing.

After winning a national championship at Virginia Tech, Ciattei is a professional with the Oregon Track Club. He reached the U.S. Olympic Trials 1,600 final earlier this month.

Ciattel’s breakout final season caught the eye of the prestigious Nike-owned Oregon Track Club, who signed him to a professional contract.

“Tracktown USA is like a mecca for running,” Ciattei said, using Eugene’s motto. “I knew that OTC and being a Nike athlete came with great resources, like great physio, good facilities to use. I knew that the new Hayward Field was being built, which was a big, big draw.”

While the Tokyo Summer Olympics is underway, Ciattei is already preparing for the 2024 Paris Games.

“I’d just like to continue improving myself,” he said.