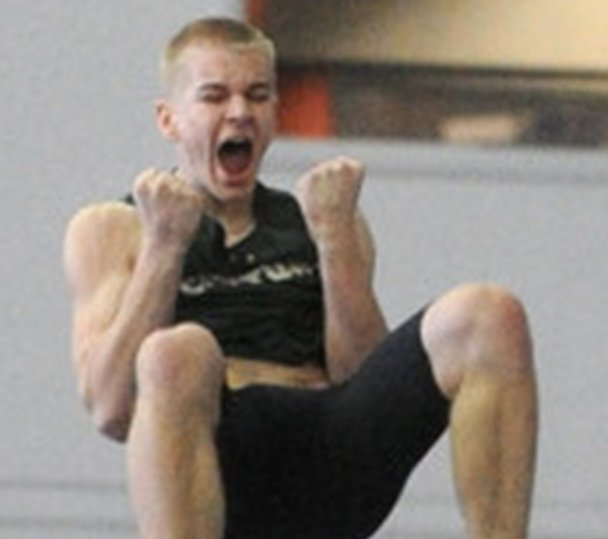 “Anyone you talk to and mention my name, they’ll tell you, ‘He’s obsessed with track and field,” Neral said.

He won three state championships (one outdoor, two indoors) in the pole vault, helping the Carroll County school to two Class 2A state outdoor titles (2013 and 2015) and the indoor crown in 2013.

Century had tremendous success in the event the past decade, starting with Neral, whose dad, Dave, was the Knights’ pole vault coach.

Nick Neral won three pole vault state titles at Century and has three of the best marks in state indoor and outdoor finals history. He’s landed nicely after giving up the sport in college, working as a Sales Manager for a healthcare firm in Orlando.

Former Century track coach Tony Griner said the elder Neral was able to work with the vaulters every other week. Nick readily became a mentor for teammates and other local vaulters while training at VaultworX, located outside of Harrisburg, Pa.

“There’s no better way to teach than to learn, or to learn than to teach,” Griner said. “By doing that sort of thing, I think he improved his own technique. The more you see and the more you teach, you see mistakes in your own approach.”

After improving from his freshman (fourth in Carroll County outdoor championship meet; 10th in Class 2A state meet) to sophomore season (second in Carroll meet; 5th in 2A state), Neral took off in his junior outdoor campaign in 2014. The highlight was a second-place finish (14-feet, nine inches) at the prestigious Penn Relays in Philadelphia.

Neral won the Carroll championship (14-10) and finished second to teammate Chandler Kennell at the 2A state outdoor meet. Both marked at 15-feet, but Kennell placed first because of fewer misses.

Neral left no doubt in 2015, winning the 2A state title (15-0), capping a “Triple Crown” spring (won Carroll and region titles). He hit 15-feet or better six times during the spring.

Neral’s 2015 and 2014 state final performance ranks in the top 10 in state outdoor meet history, and his winning vault (15-0) in the 2014 indoor 2A state meet is tied for third-best all-time for indoor finals. He was the Sun’s All-Metro Indoor Performer of the Year in 2014.

Neral attended the University of Tennessee. After one semester, he decided to focus on his academics and transferred to Akron.

While earning a Bachelors’ in Marketing Management, Neral helped start two small companies. He now lives in Orlando where he’s Director of Sales for a healthcare organization.

Neral cherished his time, helping put pole vault on the map at Century.

“I’ll always be the first one to give a kid advice, because that’s the whole point of the sport and why Maryland is kind of small compared to the rest of the country,” Neral said.

Editor’s note: High school statistics and records according to MileSplit.com.