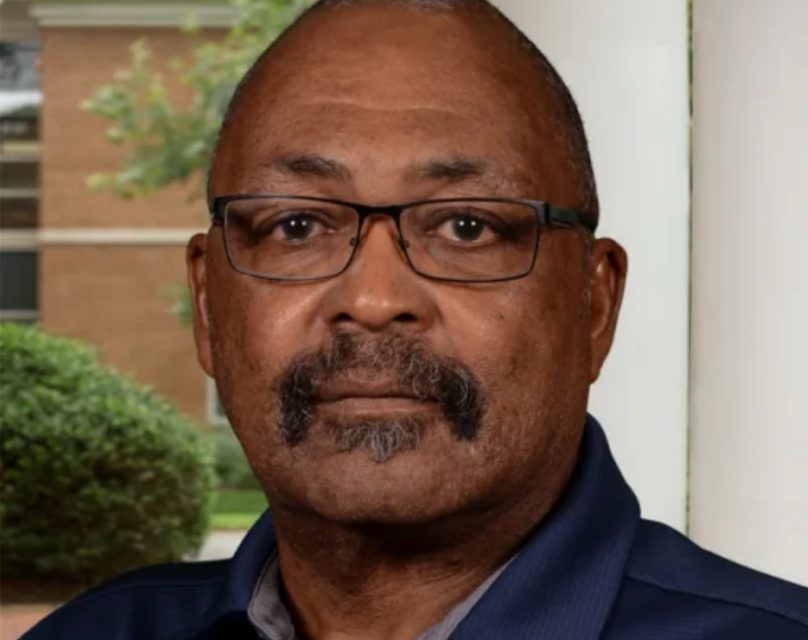 
by Derek Toney
The teacher-coach model has been a pillar for decades at Gilman School.
And no one has best exemplified that than Johnnie Foreman.
“His outside demeanor is tough, but he’s just one of those guys that teaches you integrity, discipline, fairness and hard work. It’s what his program was all about,” said former Greyhound football and track standout Malcolm Ruff, who’s now an attorney in Baltimore. “I consider him to be one of my dads — he raised me.”
Foreman, VSN’s Boys’ Track Coach of the Decade, has helped turn young boys into men – on and off the field – in his five decades at the Roland Park school. The former Morgan State University football and track performer won more than 20 MIAA and MSA (Maryland Scholastic Association) titles as Greyhound track coach.
He retired from coaching after the 2019-20 season as the Greyhounds won the MIAA indoor title. The championship award, Foreman Cup, is named after the Douglass High graduate who starred in football and track in the late 1960s. 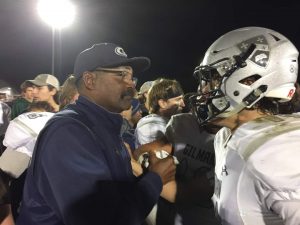 Johnnie Foreman (left) was a fixture in Gilman athletics as track coach and assistant varsity football coach. Foreman, who retired as Greyhound track coach after the 2019-20 season, won 13 MIAA indoor and outdoor meet championships the past decade.

There was no outdoor track campaign in the spring of 2020 due to the COVID-19 pandemic. Gilman totaled seven MIAA championship outdoor meet titles and nine A dual outdoor meet championships during the past decade.
Foreman came to Gilman in 1984 to teach middle school Science and serve as Director of Community and Diversity after teaching for one year at Severn School. He previously coached football and track at now-defunct Northern in Baltimore City.
An assistant coach for track and football (retired in 2017), Foreman became head track coach in 1988. In 1989, Gilman won the 1,600-meter relay prep school championship at the prestigious Penn Relays in Philadelphia.
“That was phenomenal for a group of kids from Baltimore at a small private school to accomplish that feat,” Foreman said.
Gilman won six MIAA indoor meet championships between 2010 and 2019, along with nine A group meet titles. Foreman was named the Sun’s All-Met Outdoor Track Coach of the Year in 2011, 2017 and 2018.
Foreman, who remains on Gilman’s staff as Director of Community and Diversity and teaches English in the upper school, is proud of how his staff built and maintained a successful program for more than 30 years.
“If you take a look at our program at Gilman, we have kids from all walks of life, ethnicity, culture,” said Foreman, a Douglass High graduate. “We have kids who are distance runners in cross country and soccer players as quarter-milers. The basketball players, we turn them into jumpers and hurdlers; gymnasts into pole vaulters and [football] linemen are the shot putter and discus throwers. It’s just a lovefest to see these kids develop and watch them perform.”
No. 1 Sprinter: Will Henderson, 2017, Poly
No. 2 Sprinter: Carrington Akosa, 2015, Western Tech
No. 1 Distance: Matt Jablonski, 2011, Loyola Blakefield
No. 2 Distance: Vincent Ciattei, 2013, Perry Hall
Co-No. 1 Middle Distance: Kieran McDermott, 2018, Bel Air
Co-No. 1 Middle Distance: Robbie Creese, 2011,Glenelg