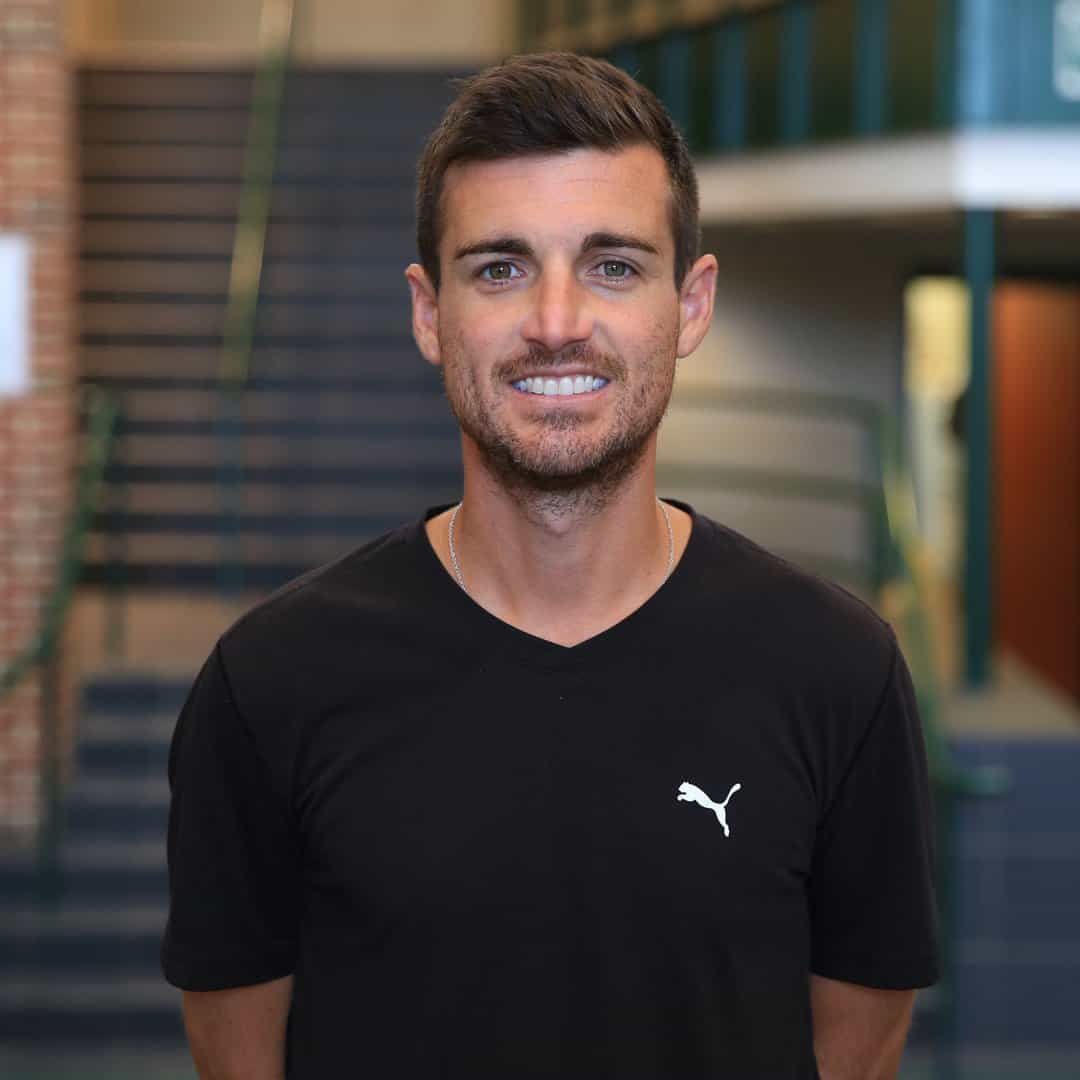 Brandon Quaranta had to make a decision. It’s the spring of 2004 and Quaranta, recently graduated from Hofstra University, had to choose between going to law school or moving from the soccer field to the coaching sidelines.

For Jack Quaranta’s son, the choice was pretty easy.

“I was a coach’s son. I don’t know I was aware of it, but I may have been groomed in that why,” said Brandon, whose father has been a fixture on the Baltimore club scene for three decades. “I enjoyed talking the game and analyzing the game, even as a player…it was everyday before and after, constantly talking soccer with my immediate family and extended soccer family.”

Following in his dad’s coaching footsteps, Brandon Quaranta is carving an impressive legacy at McDonogh School. Quaranta is VSN’s Boys Soccer Coach of the Decade.

In six seasons, Quaranta has guided the Owings Mills private school to four MIAA A Conference championships. Last fall, the Eagles became the first program to win three consecutive titles in one of the nation’s premier high school conferences.

“They give us the tools to be successful. They let us surround ourselves with a great staff and let us attract really good student athletes who buy into the culture,” said Quaranta. “If you don’t have that, you have nothing.”

Quaranta spent nine seasons as an Eagle assistant under Steve Nichols, who left in 2014 to become Loyola University men’s coach.

Quaranta said Nichols, who built McDonogh into one of the nation’s elite programs, groomed him.

“He gave me a lot of responsibility from day one. That was his mentality,” said Quaranta, who coached alongside Nichols with the Baltimore Bays and Baltimore Celtic club programs. “He let me run a lot of sessions.”

Quaranta had “mixed emotions” when Nichols decided to leave to McDonogh after 17 seasons (won 290 games and seven MIAA A championships), but was “confident and ready” to assume the reigns of the area’s top program.

“There were things I wanted to do differently, like any coach,” said Quaranta. “You take a lot with you, but you want to put your mark on it.”

“You’re always following in someone footsteps. You got to be yourself and confident in your ability and relay the same message,” said Gilman School longtime coach Jon Seal. “Brandon’s kept things going at McDonogh, but, to his credit, added his personal touch. Every coach is different in communicating a message.”

In 2018, the Eagles had to “look where we were” after being dismantled by Loyola Blakefield in the regular season. McDonogh righted itself and denied the Dons a perfect season with a penalty kick decision for a second straight MIAA A title. Last fall, McDonogh overcame a 3-3-1 start and injuries, capped with a victory over Archbishop Curley (lost during regular season) in the final for the historic 3-peat.

“Seasons have ups and downs, and the teams that have good character seniors, good leadership usually gives that extra five, 10-percent come playoff time,” said Quaranta, who claimed his first MIAA A title in 2015.

Quaranta, who’s the boys Elite Clubs National League director at Pipeline Soccer Club, has had father Jack alongside him on the McDonogh sidelines with AJ Berry and Chuck Travis. He played for legendary coach Pep Perrella at Archbishop Curley.

Quaranta is 103-18-3 with five MIAA A final appearances in six seasons at McDonogh.

“You can be the best coach, but you have to get the guys to buy in,” said Quaranta, who played three seasons at UMBC before finishing his collegiate career at Hofstra. “Our whole organization, from administrators to teachers to faculty to student athletes, blend together to create what we believe is one of the best cultures in the country.”

Hereford gets past Loch Raven

Patterson bounces back, tops No. 10 City