10 YEARS OF EXCELLENCE: VSN’S BOYS LACROSSE FOGO OF THE DECADE 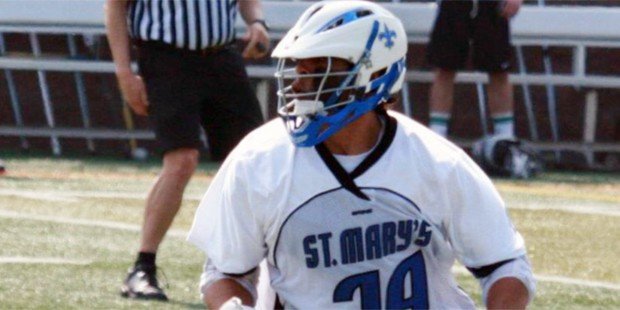 While still running on the first midfield line on his seventh grade team, Alex Woodall said that he became very angry when his coaches didn’t ask him to take the face-off.

After starting his college lacrosse career at High Point University in North Carolina, Ryan Woodall transferred to Towson University where he flourished, earning All-America honors as a senior.

Looking back on his brilliant career, it’s no wonder that VSN’s Boys Lacrosse FOGO of the Decade would be miffed about being denied the opportunity to kill it at the ‘X.’

His natural ability — crafted and honed by countless repetitions — shined through each and every time the 6-foot-220-pound four-year starter stepped in against rivals ready to do battle at the midline.

He said that he would take parts of how other successful face-off specialists operated and incorporate them into his own repertoire.

Woodall could, and often did, sway the outcome of a game without producing a point by giving his teammates possession after possession of the ball.

At no time was that more evident than in the 2015 MIAA playoffs when Woodall and the Saints, who were just treading water with a 6-6 record midway through the season, caught fire to reach their first A Conference championship game since 2003.

In a 9-5 victory over St. Paul’s School in the semifinal round, he won 11-of-18 draws and gobbled up nine ground balls to help St. Mary’s reach the title game against top-seeded McDonogh School.

Woodall was in top form in the final, finishing with a strong 19-of-25 performance from the X while vacuuming up 13 ground balls in a 13-8 triumph that gave St. Mary’s its first A Conference crown since the inaugural MIAA season in 1996.

Then St. Mary’s coach Ben Rubeor told VSN that Woodall was “the strongest kid in the school and also happens to be (the) quickest, it’s a combination.”

Rubeor added that Woodall expanded his range during the season.

“What I think he’s done to change his game is he picks up ground balls, handles all sorts of pressure because every team throws everything they got at him,” the coach said. “Towards the end of the season, he was creating offense for us.”

Moreover, he scored five goals and added nine assists in 2015 as the Saints closed the season with six straight wins.

“We had a meeting after we were 6-6 (following a 10-goal loss to Gilman School) and decided to be more dedicated to lacrosse,” said Woodall, who was named the A Conference championship game MVP. “We really came together — we were all on the same page — for that last month. Everybody had a pep in their step. We got in a groove. Everybody stepped up, and so did I.”

At High Point University, although he started just half of the Panthers’ 14 games his freshman year, he still led them in ground balls and face-offs wins (52 percent).

A highlight moment was a key overtime face-off win that helped to propel High Point past the University of Virginia.

In his sophomore year after transferring to Towson University, his numbers steadily improved to 59 percent at the X with a team-best 90 ground balls and he had a two-goal, one-assist outing in a victory over Johns Hopkins University.

His winning percentage jumped to 61 percent as a junior, with a 22-for-24 effort against the University of Delaware leading the list.

And then Woodall took a giant leap as a senior, garnering a career-best 74 percent of his draws while earning USILA and Inside Lacrosse Second Team All-America honors. He won at least 20 face-offs in six games for Towson in his final campaign.

Woodall was the No. 1 overall pick in 2019 Major League Lacrosse draft by the Ohio Machine and tabbed fourth overall by the Whipsnakes in the Premier Lacrosse League draft.

Currently a sales representative living in his hometown of Annapolis, Woodall is preparing to play in the indoor National Lacrosse League for the San Diego Seals. The team is slated to begin an 18-game season in December.

Woodall won 55 percent of his draws for his previous NLL team, the New York Riptide.